Is price a reason for low engagement - or just an excuse?

The popular misconception that price is the chief barrier to access to the arts has taken hold in the sector, while in reality, price is only one of a complex set of factors affecting engagement with ‘hard to reach’ groups. Tim Baker concludes it’s time to start a debate about the true meaning of affordability. 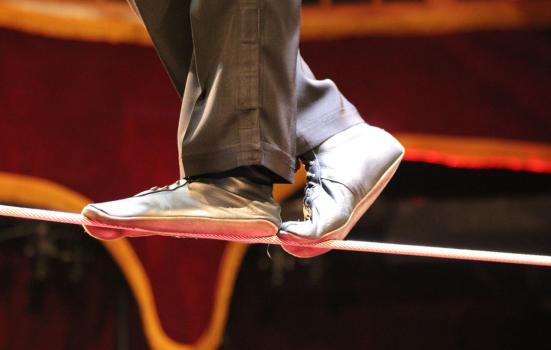 If the problem is ‘making the arts affordable’, then the key question must surely be ‘for whom?’

And this question leads to others. Should all admissions or seats in a theatre be affordable? If not, then which and how many? Should all performances and events be affordable? Or should you keep back some tickets to sell at an affordable price to people who aren’t on the mailing list or don’t have the ability to plan and pay months in advance?

One respondent to the recent Art of Pricing survey commented: “Setting aside allocations for audience development is very important – identifying people who may not be able to afford even the entry level price or who may need more of an incentive to take a risk. It’s important however, that ambitions for these audiences are long-term – not just parachute them in when it serves a purpose.”

...offering any concession that relates to income means that we are effectively proposing means-testing discounts in order to make arts attendance affordable

Versions of the ‘pay what you can’ approach appear to be popular, where people are trusted to make this judgement for themselves. But in our experience, except when carefully targeted, such as through outreach programmes, these schemes usually just lead to very low revenues and typically are disproportionately used by frequent attenders who would otherwise pay full price. As a sector, perhaps the time has come to challenge the extent to which organisations who trumpet their “accessible” pricing are truly widening and diversifying their audience base.

A current obsession of the subsidised sector is using price to attract new attenders. But this too raises questions. When most people attend an arts event infrequently (once a year or less) how should an organisation classify a genuine new attender – let alone identify them? Do we just mean ‘at our venue’? In that case a frequent attender at another venue will count as a ‘new attender’. Is it right that they should be eligible for discounts?

In fact Baker Richards’ analysis of data from hundreds of venues consistently shows that most of them attract large numbers of ‘new’ attenders all the time. Often, the majority are buying top price tickets on their first visit. So for most venues the problem is not getting new attenders, it’s getting them to return.

Paying the price for value

Most respondents to the survey believe the best way to get people to try something new or different is by offering it at a lower price. Whilst this may be the case for some venues, or in some circumstances, for most it’s simply not true. In their heart of hearts, a lot of organisations know this. One respondent said: “Pricing issues have been an excuse used by the arts sector for poor engagement levels too long.” They make a good point.

This popular misconception has arisen due to confusion over the difference between price and value.

In projects where we have been able to use research to understand the impact of price on repertoire choice, we find that the people most interested in new or unusual work would sometimes pay higher prices to experience something new and different.

But for someone who doesn’t appreciate this type of experience, the value is low and reducing the price won’t increase the appeal. This is particularly in the context of the other options available to them for spending their spare time and money. Why would you pay anything at all for an arts event that you’re not very interested in when instead you could go out for a meal, go to a different arts event, watch TV – or do anything that has greater appeal?

This is what underlies comments like that of the respondent who said: “Although people say they are put off by the price, whenever we offer discounts or special offers they are rarely taken up.”

In our experience, lower prices do increase demand for more popular, mainstream repertoire – the challenge is that those tickets have usually already sold at a higher price. Used in this way, lower prices could grow the market. If someone already understands the value of a cultural activity, then a lower price will make it more attractive.

A key issue is how to ‘protect’ concessionary discounting against middle class regulars, the implication being that regular attenders should understand the value of arts experiences and be willing to pay for them.

One survey respondent wryly admitted: “We assuage our consciences by offering 10% of the house at an accessible price but we know the reality is that these tickets are being snapped up by savvy middle class regular attendees who can’t believe their luck!”

But these are very often exactly the people for whom attending more frequently is unaffordable. Should low prices in fact be focused on helping lower paid professions – such as nurses, teachers, etc. – to make cultural attendance a habit? As one respondent said: “What sort of sector do we want? One where people go to one or two shows a year, as a treat, because that’s all they can afford (take big gigs or festivals as an example), or one where audiences can attend monthly or weekly and it becomes more of a life enriching experience.”

It’s a difficult tightrope for price-setters to walk. Another respondent commented: “The trick is finding a way of keeping people who need lower prices engaged, without having them barged out of the way by bargain-hungry arts serial attenders. It’s really tricky.”

Survey respondents have also provided interesting insight into attitudes towards concessionary discounts. Lucky under-18s are at the top of the list of the deserving and students aren’t far behind. But bad luck over-65s, you’re at the bottom. As for families, it is intuitive to think that discounts would be effective: a single transaction may sell three, four, five or more tickets paid for by one income and enable many young people to experience cultural activities they wouldn’t otherwise attend. Two-thirds of respondents are in favour of this type of discount.

Yet, while the question of affordability is important, it is not necessarily the case that family tickets are the answer. The “Pricing Family Events” guidance produced by Baker Richards for the Family Arts Campaign identified that customers have a greater expectation of - and preference for - a discount for children than for a family ticket, and research conducted by Kids in Museums found that many family offers are considered insufficiently flexible, with 96% of single parents saying that family tickets didn’t work for them.

Opinion is divided in relation to discounts for over 65s. Less than half agree that older people should be offered discounts and the survey comments were clear about why. Older customers at some organisations are in fact the wealthiest and already comprise a significant proportion of the audience – no need for discounts to tempt them in. But retired people also have more time, so a small discount can effectively act as an incentive to encourage greater frequency of attendance from this group.

75% agree that discounts should be offered to people with disabilities and very interesting arguments are put forward about whether, and in what circumstances, discounts for people with disabilities are appropriate. It’s a contentious issue, not least because disability is now self-defined. Many organisations encourage sign-up to access lists or schemes as a way to address this, but some venues are now reporting ‘abuse’ of this facility and want to find new ways to maintain accessibility without losing significant ticket revenues.

The principle that access requirements (e.g. needing a carer) should at least not add costs seems widely accepted in the context of the Equality Act 2010 requiring organisations to make reasonable adjustments to ensure disabled customers can use their services. However, organisations still find it difficult to price ‘fairly’ for specific needs, for example where a customer’s access requirements require an expensive seat, such as visually impaired customers requiring a seat close to the stage.

As there is a strong correlation between disability and low income, there is a debate as to whether people with disabilities should receive discounts as standard, or whether the discount should in fact be tied to being on a low income rather than the fact of the disability itself.

42% of survey respondents ‘strongly agreed’ that concessionary discounts should cover people who are on a ‘limited income’, but despite this, relatively few organisations offer specific concessions of this type. Where they are offered, uptake is typically very low. It could be that the stigma associated with claiming a ‘low income’ concession is as much of a barrier as any other factor.

Another problem is that ‘discretionary’ spend reduces disproportionately with low income, so in order to be truly affordable to people surviving on the lowest incomes, prices need to be very low indeed. A few pounds off a top price ticket isn’t going to make a difference to someone living on minimum wage. It is a problem that is all too familiar to some respondents: “Many of the communities I work with struggle to even find the bus fare into town, never mind £10 per child to see a performance.”

The uncomfortable truth is that, like the recent decision by the BBC to link free TV licences for over-75s to those in receipt of Pension Credit, offering any concession that relates to income means that we are effectively proposing means-testing discounts in order to make arts attendance affordable. Given that price is only one of the barriers to engagement, the time is surely right to start a serious debate about the true meaning of affordability in the arts.

Read a summary and analysis of findings from The Art of Pricing survey, including 640 – often very detailed – comments related to pricing in the cultural sector.