One candle can light the next

When her work was erased, Tori Allen-Martin took action to make sure it didn’t happen to anyone else. It’s turned into so much more, she writes. 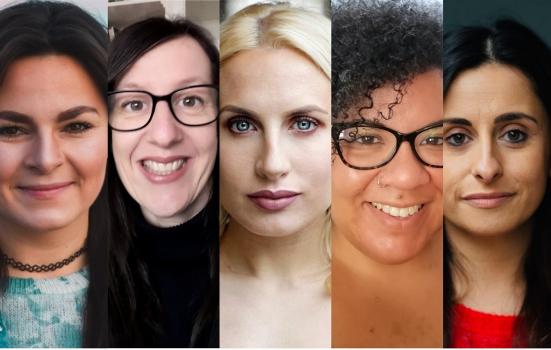 Burn Bright was born when a show my best friend Sarah Henley and I worked on for four years debuted at a top London theatre without our names on it. This traumatic experience sadly never reached what we felt was a positive or helpful outcome. We couldn’t fix what had happened or erase the pain, but we could help prevent it happening to others.

Our mission was to build an organisation that created networks and opportunities for writers who identify as women. Despite launching in a pandemic, we have already supported more than 190 writers, with 80 experts offering 275 advisory sessions and providing hours of free support. We’ve also streamed three ‘Better in Person’ live events, which led to commissioning 16 women writers whose new works have been viewed in nearly 500 households across the UK.

This is only the beginning. We are a company committed to constant growth and evolution. We are here for the writers, and we will keep striving to deliver whatever they ask for – with the right support and funding, the opportunities feel endless. We were only able to establish the company because of the donations from people who were moved by our story, so this really does feel like something created by us, for us.

Understandably the limitations brought about by Covid-19 have put a spanner in the works in terms of our growth. In some ways, Burn Bright could not have been more timely. We wanted to offer support and connection and people have never needed that more than now. Knowing that writers have that network available, it feels like we really are walking the walk.

We were gutted when we didn’t receive Arts Council funding to further our organisation, but we weren’t defeated for long. We ploughed ahead to create our third ‘Better In Person’ instalment, which focussed on northern voices. Partnering with four incredible regional theatres – Hull Truck, Live Theatre, Bolton Octagon and the Stephen Joseph Theatre – we commissioned five brilliantly talented women writers to share their stories from a northern perspective.

Throughout the project we became acutely aware of how little freedom those living in the north had in 2020; they remained in lockdown while those in London had not. There was a feeling of being forgotten – something which happens all too often in the regions. There is this myth that all the exciting stuff happens in London, or all the stories worth platforming occur there, and that is simply not the case. Regional theatres are the heartbeat of so many communities and offer safe spaces for artists to find their voices, to create, to fly. So much of the best work comes out of regional theatres because their commitment is to the work, not just bums on seats in the West End.

That’s not to say that the London experience isn’t important too, of course it is. But it isn’t more important – and it can be all too easy to forget that. Just because a voice is the loudest doesn’t mean it’s the most important. Call outs are often for ‘northern voices’, as if they are all the same. It was brilliant to get specific about the areas we were spotlighting and people’s daily lives there. It was nice to be able to hand over the mic and bring northern stories and experiences to homes across the UK.

Part of the scene

If this pandemic has taught us anything, it’s that we can connect and create from anywhere. You don’t need to be in London to feel like part of the scene – but it’s up to organisations like ours to remind people of that. I hope we can erase the idea that leaving London is quitting and open our options. It might be the only way to save some of the most important voices of all: it is the stories not yet told, those that are silenced by oppression or a lack of privilege, that we need to hear the most. It is up to those in power to think outside of the box and seek them out.

We’re so grateful to the theatres that took a risk and got involved with us. It was a pleasure and a privilege to showcase the work of these brilliant writers, and I look forward to strengthening these relationships. When there is such a diverse array of experiences happening worldwide, it’s short-sighted to only see the same stories represented on repeat. We’ve been awash with white, middle class, male and London-centric stories – enough is enough. Those aren’t the only stories that matter.

This is only the beginning for Burn Bright. We want to light up new voices – a candle loses nothing by lighting another candle. If this has sparked anything in you, we urge you to join us. Unlike many gate keepers, we’re open and we’re interested. We want you to be heard, felt and seen. We want you to win.

One candle can light the next