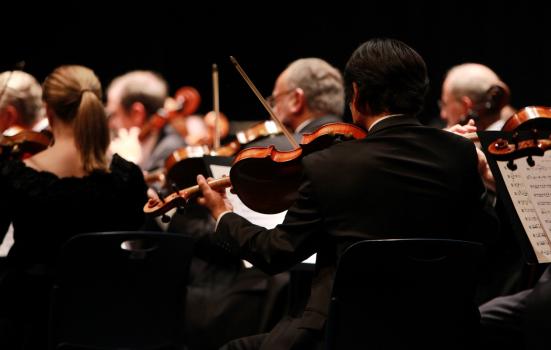 The latest reports from Arts Council England (ACE) on inequalities in the classical music profession is a very welcome piece of research. It includes a detailed data audit which draws on data across eight different sources that are not publicly available.

These include the National Children’s Orchestra and National Youth Orchestras, as well as findings from a survey of nearly 1,000 musicians working in classical music, also presented as a dashboard to make the data more accessible.

The reports, written by market researchers ICM Unlimited and policy, research and communication specialists DHA Communications, are complemented by an extensive literature review.

Finally, an action plan from ACE outlines nine steps they will be taking in response to the reports.

Tracking a pipeline of musicians

There is much that is valuable – for academics, policymakers and interested readers – and some interesting new findings. Drawing these data sources together goes some way towards tracking a pipeline of musicians moving from education into the profession. This pipeline shows some encouraging findings around gender equality.

As in my earlier research, more girls are still learning instruments than boys at an early age. Then, as opportunities become competitive, boys begin to predominate and in positions of authority in the profession they are over-represented. However, in these new data sources this pattern is less pronounced than previous research has suggested.

By contrast, the picture around class inequality is as stark as expected. Whether measured by parents’ occupation, parents’ higher education participation, or state/private school attendance, the vast majority of classical musicians and the classical music workforce come from middle and upper-class backgrounds, including those currently in elite training routes.

On racial inequalities, there is evidence of more young people from minoritised backgrounds coming through training routes but they remain under-represented in the workforce.

Putting the plan into action

The action plan includes steps to improve the quality and volume of data available and it is hoped this data will be made available to researchers. Another intriguing step in the plan is an action research project in the Midlands.

In addition, ACE also says that organisations in this artform applying for National Portfolio status in the next funding round will need to set out how they will respond to this report, both individually and collectively.

One of the main stories to emerge from the research is the poor quality and many gaps in the available data, even with the new data that is presented. One telling example is that throughout the data audit and the workforce survey, the findings do not disaggregate South Asian from East Asian musicians.

As a result, the data audit reports that the main under-represented group in classical music is Black British people.

The report has therefore missed this important point through being unable to disaggregate the data on racialised inequalities in a more nuanced way.

Who counts as a classical musician?

In addition, there have been difficult decisions around who counts as a classical musician for the purposes of this research. The report defines classical musicians as those who play ‘instruments typically associated with the Western classical symphony orchestra’.

In the workforce survey this includes ‘the non-performer classical music workforce’, but throughout the data largely excludes singers, conductors, composers and keyboard players working in classical music. This is a limitation but a justifiable one given the paucity of data available.

Indeed, the survey report is entitled ‘a study of the English orchestral workforce and the current routes to joining it’, and this needs to be borne in mind rather than assuming the research is about the classical music profession as a whole.

A further critical point is one that I hope will be central to discussion of actions to take forward from the report. In my book Class, Control, and Classical Music, I studied youth classical music groups in the south of England.

The book outlines how classical music’s institutions were established during the 19th century by the middle and upper classes, sometimes as a way of performing their status and of forming a marker of prestige that draws boundaries around who is part of the ‘respectable’ middle class and who is not.

As a result, classical music’s role in excluding working-class people is institutionalised into its practices and performance norms, in particular the long-term investment of time and money required in order to be able to play its instruments and canonic repertoire.

In short, many aspects of the genre were set up in ways that were exclusionary, and these mechanisms for exclusion are, to some extent, formalised in the aesthetic conventions that we have inherited today.

Diversity is a two-way street

It is a huge challenge to increase working-class access to any creative or cultural occupation in the current conditions of increasing economic inequality in the UK today. However, in the conversations stemming from these reports, I’d like to see more discussion of the ways in which the genre of classical music needs to change in order to diversify.

If more working-class, Black and South Asian musicians are being invited to join the classical music profession, how will its aesthetic, its conventions, its culture and its performance norms open up to being diversified in order to fully welcome these new voices?

Diversity has to be a two-way street and so, as many have already recognised, the classical music world has to change in order to welcome ‘diverse’ newcomers, rather than expecting new voices to assimilate to its existing conventions and culture.

Anna Bull is Lecturer in Education and Social Justice at the University of York.