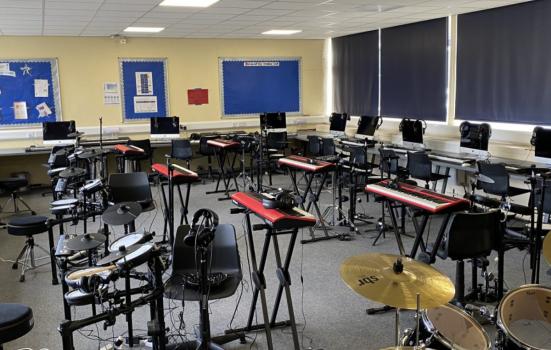 More than two years after it was first announced, the Government’s recent publication of the Model Music Curriculum has caused quite a kerfuffle in the world of music education. For those who don’t follow the twists and turns of music education policy, let me explain that the curriculum is an attempt to instil more comprehensive music education in schools following the previous coalition government’s skeletal revised National Curriculum in 2013.

When the Government announced its intention to produce a Model Music Curriculum in January 2019, a lot of criticism was levelled at the perceived lack of due process. A contract to write the curriculum was awarded to the Associated Board of the Royal Schools of Music (ABRSM), an organisation with no direct experience of music education in schools. Furthermore, a panel of the great and the good (most of whom had little if any experience of music education at this level) were assembled to scope out and scrutinize the curriculum.

The original ABRSM draft was so poor it had to be rewritten; this was undertaken by an individual music teacher at a London free school chosen by Education Minister Nick Gibb. There was no wider consultation about the curriculum, nor any attempt to engage with experts in curriculum development. All the members of the advisory group for the National Curriculum for Music were excluded. Sadly, this pattern is now commonplace. Any of the leading experts who could have contributed to a meaningful curriculum model for have been consistently ignored by this Government.

Beyond criticism of the process, the Model Music Curriculum as published is a strange collection of ideas with little if any overarching structure or attempt to justify its approach. Ideologically, it resonates with this Government’s view that knowledge can simply be told. It is full of technical vocabulary, prescribed listening examples, notes to teachers about what is important (without telling them why), and unexamined assumptions about what parts of the curriculum should come first.

Elements of the Model Music Curriculum were challenged almost immediately. Many complained that racist, imperialist and nationalistic materials were included in the curriculum repertoire – unbelievably, this escaped everyone’s notice during whatever review was undertaken. New versions of the curriculum have replaced the original document with no justification for the revision or republication.  When asked, the Department for Education told Music Teacher Magazine the changes were in response to “feedback from users”. It is one of the worst examples of policy making on the hoof that I can recall.

The Model Music Curriculum contains no such plan. It is not supported by any accompanying professional development programme. Music education hubs have been told to address these issues with schools yet have been given no time to incorporate the new curriculum in their funding agreements for next year (which had to be submitted to Arts Council England just days before the Model Music Curriculum was issued). When asked for clarification, Arts Council England’s relationship managers have not said what music education hubs are expected to do or how they are supposed to fund it.

The irony here is that music education hubs are the very organisations that have designed and implemented music curricula in their areas. Hubs like Love Music Trust already have an excellent primary music curriculum, written by local teachers and designed on sound music principles that they know are right for their students.

Thankfully, the Model Music Curriculum is non-statutory. Things could have been so much better with a more consultative and informed approach, but unfortunately this is another example in a long line of poor policy decisions that have decimated the provision of high-quality music education for children in England, chief among them the callous, heavy-handed imposition of the English Baccalaureate. The Model Music Curriculum is a first-class example of a top-down, clumsy attempt at curriculum reform that deserves to fail and should be ignored. My earnest hope is that it will quickly fade into insignificance.