Making the transition to producing house

London’s West End is full of receiving theatres, but the Jermyn Street Theatre has recently rebranded and restructured itself as a producing house. Tom Littler tells the story. 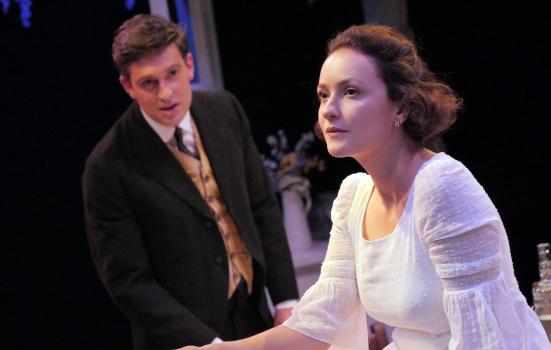 Eighteen months ago, I was approached by Jermyn Street Theatre about doing my dream job. Nearly all theatre directors in the UK are freelance, hopping from job to job. Only a lucky few dozen of us enjoy a tenured position as an artistic director.

In the early 1990s, Howard Jameson and Penny Horner ran a capital fundraising campaign to build a theatre in the basement of a restaurant on Jermyn Street, just off Piccadilly Circus in London’s West End. They created a 70-seat studio theatre with plush velvet seating to match its location. Jermyn Street Theatre has been described as ‘fringe’, although it differs substantially from the theatre-above-a-pub model. We call it a studio theatre.

The supertanker is turning direction, and the three points of the triangle – artistic quality, audience attendance and fundraising – are beginning to feed each other

Howard Jameson remains the Chair of the Board, and Penny Horner is the theatre’s Executive Director. For 23 years, the theatre has run as a receiving house – a venue for hire. Visiting producers have rented the space, received some technical support, and have had a free hand in creating plays, musicals and comedy. Even the theatre’s in-house productions have effectively been run by satellite companies, which still paid rent to the theatre itself.

Being a receiving house has strategic advantages: expenditure is limited to the running costs and maintenance of the theatre itself. Financial risk is minimal. Visiting producers take the box office gross and bear the substantial costs of mounting productions.

But when I accepted the job as Artistic Director, I did so on one condition – that I could rebrand and restructure the theatre as a producing house. I want us to be creatively and financially responsible for the plays and musicals staged within our building. To me, this seems the only way to gain an outstanding reputation and the trust of a large audience.

This entails a far higher degree of economic risk than the theatre had previously taken. A typical production runs for four to six weeks, and is planned with two complementary financial targets: a box office return and a fundraising target. A new play with a cast of four actors, for example, might cost a total of £70,000, and its box office and fundraising targets might be set at £40,000 and £30,000 respectively. We can afford to miss one of those targets if the other is exceeded. Miss both and we are in trouble. Miss both targets on more than two or three productions in a row and the theatre is in serious trouble.

It is tempting to use every penny raised from fundraising to subsidise the cost of productions. In fact, I have done the opposite. The first money we fundraised was used to pay a small, part-time team of staff and the next was used for a major rebranding of our marketing. We now have a lean and efficient producing team, in turn doing more fundraising, and for the first time a distinctive marketing image, complete with signature fonts, imagery and colours.

From this more secure basis, we are beginning to see the first fruits of our fundraising efforts appear, with a trickle of people joining our new Director’s Circle for major donors. One thing I have learnt about private philanthropists is that the best of them are not only generous with their money, but with their time and their networks.

With that in mind, we are setting up a development board comprising a range of people from business, government, legal and charitable backgrounds, who we hope will help us to access both corporate sponsorship and a wider circle of high-net-worth individuals. It will meet quarterly, with members taking turns to chair meetings, and will also provide a pool of expertise we currently lack.

So far, it has been even harder than I imagined it would be. These are tough economic times, and both audiences and donors are cautious. Our small producing team works to capacity every day, so when we are offered generous “Have you tried this?” suggestions, we often have no time to follow them through. Nevertheless, successes are happening on stage.

We relaunched the theatre with the world premiere of a play by Howard Brenton, and the resulting media attention noticed a step-change in the theatre’s ambition. Week by week, small breakthroughs come – a contact here, an introduction there – and as we grow more ambitious and rigorous in our artistic standards, our audience numbers are rising and donations are starting to flow more steadily.

A few months into our new regime, every day brings signs that the supertanker is turning direction, and the three points of the triangle – artistic quality, audience attendance and fundraising – are beginning to feed each other.

Making the transition to producing house