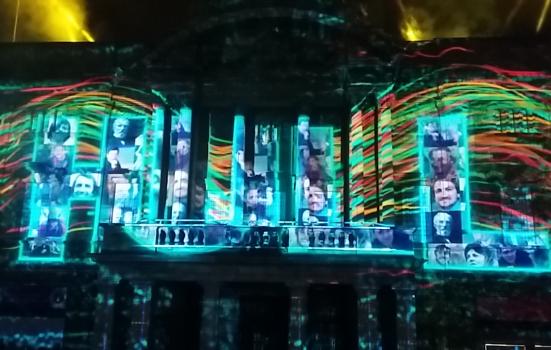 In their January feature in ArtsProfessional, Lee Corner and Stephen Munn of Absolutely Cultured appealed for the legacy of Hull UK City of Culture 2017 to be a ‘collective act’. Based on our PhD research about Hull 2017, we believe there are two interconnected challenges to this ambition: firstly, the hyperbolic language of overpromising cultural managers and policy makers and, secondly, a weakened critical public sphere. We bring this to the cultural sector’s attention to provoke freer and more honest conversations – crucial to the building of any collective act.

There is no doubt that, in general, locals will remember Hull 2017 positively. The volunteer programme endures as a vital feature of the Hull landscape, and some cultural organisations enjoy opportunities and confidence they might not have were it not for the City of Culture year. However, as comments on Lee and Stephen’s piece show, Hull 2017 created something of an ‘us/them’ divide between artists and decision makers that remains difficult to bridge. Many local individual artists and cultural organisations were bruised by the charismatic yet aggressively top-down approach adopted by Hull 2017 leaders. Some told us it alienated them and made them angry. In these circumstances, enacting legacy collectively is easier said than done.

We understand that it is difficult for Lee and Stephen to criticise their predecessors publicly. However, before any collectivising can take place, we suggest that a more honest appraisal beyond the triumphant language is needed. The ‘collective responsibility’ Lee and Stephen call for must include recognising the monumental failures of leadership to adequately prepare the city for what would follow 2017. This disappointing legacy is evidence of a weak collaborative culture across Hull City Council, as well as the city’s cultural, business, and higher education sectors.

In her assessment of contemporary cultural policy and practice, Eleonora Belfiore, a professor of communication and culture, points to an influential essay by American philosopher Harry G. Frankfurt, titled ‘On Bullshit’. She describes ‘bullshit’ as having dominated the modern public sphere and shows how it works through cultural policy and arts management to create a kind of ‘doublespeak’. This relies on the alleged transformative power of the arts and their presumed positive social impacts. An effective first step towards ‘collective’ legacy-making in Hull would be to move beyond the bullshit, to more honestly articulate and act upon the problems facing the city.

The post-2017 ‘challenges’ and ‘tensions’ Lee and Stephen describe are a lesson for all cultural leaders. Promotional materials produced by cities bidding for UK City of Culture 2025 and by the (don’t mention Brexit) Festival UK* 2022 present the same overpromising, transformative bullshit that culture will solve all society’s ills. Indeed, Festival UK* 2022 is going to heal the nation’s Brexit wounds; those who question this are denounced as cynics. After 2017 they told us Hull had “found its voice again”. On the contrary, our research identifies a growing culture of secrecy and even fear in Hull’s cultural sector, which remains relatively small, fragile, and underfunded. A stronger, more confident collective legacy might have emerged sooner if the city’s grassroots organisations had been nurtured to deliver their own agendas rather than support the status quo.

Ironically, a key theme of Hull 2017 and a popular word in the city is “freedom”. The ability to critically engage in open debate is a sign of a healthy and dynamic cultural ecology and a crucial element of the democratic public sphere. Rather than accept silences, we argue that a more open, constructively critical debate about the future role of culture and cultural leadership is needed – not least of all to respond to the bullshit and boosterism that has made Hull’s legacy such a tough nut to crack. We believe the University of Hull might have contributed more robustly to this debate, beyond their initial research investment, which ended abruptly last spring. A lack of thought leadership in this arena, or even a coherent cultural strategy from the University of Hull post-2017, has added to the disappointment and frustration of many in the city’s cultural sector.

The two respondents to Lee and Stephen’s article wrote under pseudonyms, perhaps indicating they did not feel free to state their opinions openly. Similarly, we have heard from artists and cultural organisations who fear negative effects on their funding or career opportunities if they speak out critically. Equal recognition is vital for a healthy democratic society and its absence can inflict real damage. Withholding recognition is a form of oppression and can lead to the formation of second-class citizens. This helps explain the anger felt by those who thought Hull 2017 erased local voices. Those in power who appeal for ‘collective acts’ should acknowledge and act to address these silences.

Levelling up (for real)

Lee and Stephen refer to Hull’s new Cultural Compact that ‘will unlock the potential of culture to promote thriving communities and drive economic growth.’ We look forward to seeing who is appointed to the Cultural Compact and are interested in how different their thinking will be to previous city leadership and visioning groups. Indeed, as key stakeholders in this discussion, will artists be appropriately represented? We worry that artists and organisations who have already suffered massively from the Coronavirus pandemic and years of underfunding, now risk being further instrumentalized by policy makers who incorporate culture in their ‘levelling up’ and ‘recovery’ schemes. We also question whether ambitions for Hull to be a ‘world-class visitor destination’ or a ‘world class cultural city’ are not now redundant? Who are those phrases designed for, and how will we know when this new status has been achieved? How responsible are such ambitions when we know that international travel damages the environment (potentially flooding Hull off the map), and that the coronavirus pandemic has exacerbated the collapse of urban retail and cultural tourism?

Yes, legacy is a ‘collective act’. We wholeheartedly agree, and support Lee and Stephen as they take this forward. But we would like to see braver leadership and genuine support for local artists and cultural organisations. Relationships and trust must be rebuilt on stronger foundations of open communication and freedom of expression – without the bullshit.

(Originally posted as a Twitter thread) I think the absence of any visible conversation around this piece says a lot about the state of the public sphere in Hull, certainly with regards to culture. Take criticism: very few people practise it in Hull, and I can’t remember the last time the paper reviewed anything. Arts events often pass without comment. There is just no culture of discussion. (Tho props to @thecriticalfish for changing that!) The paper, like many locals, has no recognisable arts desk and the culture show has gone from BBC radio. While I think the BBC are actually great supporters of arts *news*, they also have a huge region to cover beyond Hull and editorial/opinion isn’t their thing. The paucity of independent media in a city the size of Hull is also just bizarre, quite frankly. Is that why this was published in ArtsPro? Where are the outlets for ideas to go back and forth and reach a wider audience within the city? Because discussions and conversations like these *are* happening, but in private, behind closed doors or on WhatsApp, or occasionally the dreaded Facebook comments. But many people are excluded and they don't join up. Where does this lead? We have an entire city that is unable - for whatever reasons - to have good faith, critical yet constructive conversations about matters that affect us all, in public. (An aside: one reason I love @AGoodNightOutRG is because, to me anyway, it feels like people speak openly about our conditions as culture workers and I come away from every session with a richer understanding of the industry.) Feel like this risks culture in Hull being a market, with those who know how to access capital - be they NPOs or early career solo artists - doing their thing and serving it to audiences who have no input other than ticket sales. That’s not inclusive, empowering or democratic and doesn’t cultivate shared cultures across the city. (There absolutely are people doing the opposite of this in Hull btw, but they feel like islands. Complicated, innit.)