As a growing number of children are being home-educated, Christopher Connolly explains how Dance Manchester is reaching out to this community. 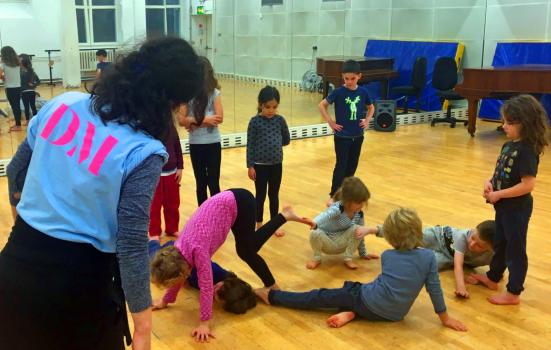 It started with a simple conversation, as it often does. Dance Manchester had just co-presented a dance and technology production as part of Manchester Science Festival. Afterwards, children were able to experiment with the light and movement and one of the young viewers revelled in the interactive technology. His mother stopped our director Deb Ashby to tell her how thrilled she was at her son’s enjoyment, explaining that she home-educates and they were looking for more things like this.

A lot of communication is done privately in Facebook forums to prohibit advertising, and unless you’re a parent it’s hard to be invited into the inner circle

In countries such as Finland and Singapore, education has been ruggedly reformed to accommodate changes in society and the lack of space for creative expression, but the UK is seen as somewhat behind the curve. Perhaps this explains why over 35,000 children are educated at home in the UK.

There is a perception that some schools can stunt creativity. Sitting in rows passively in front of a teacher isn’t necessarily ideal for the young creative mind, as Sir Ken Robinson said in his famous Ted Talk: “We don’t grow into creativity… we get educated out of it.”

Dance Manchester has run more than its fair share of outreach programmes and workshops with schools, but strangely enough we’ve never branched out into home education. After several conversations with the boy’s mother about creating something specifically for home-educated children, a pilot dance session was set up – all down to one proactive parent, a few risks and a leap of faith.

We brought Manchester-based professional dance artist Bridget Fiske on board. The pilot session was well attended with positive feedback. Positive enough for us to plan an initial six-week block of sessions and then a ten-week block with three age groups ranging from age four to 14.

Results of research with the parents suggested a desire to focus on creativity and fun rather than using dance as a tool for learning, which suited how much creativity the children had to express. They engaged with the teaching too, even contributing their own choreographic ideas in the process.

Speaking of how valuable she finds the sessions, Bridget explained: “What I have found interesting about these sessions is the dialogue with the parents. I support a parent observing the class, as I am aware they are also the educator.”

In the lead-up to the first block of sessions, it quickly became apparent that marketing specifically to this community would be a task in itself. A lot of communication is done privately in Facebook forums to prohibit advertising, and unless you’re a parent it’s hard to be invited into the inner circle. Even with the parents’ help it was troublesome.

We put a small amount of money into Facebook Ads, but being a small arts charity our pot of advertising funds are limited at best. Our best marketing tool has simply been word of mouth, which makes the quality of the sessions even more significant. If a parent and child enjoy it, they’ll tell others, and a lot of the parents know each other due to the tight-knit nature of the community.

In 2015, the BBC reported there had been a 65% increase in children recorded as home educated in the UK over six years. It’s an ever-growing community where children can often dictate the direction of the learning based on their interests and what they want to learn about. Giving children a chance to maintain their creativity is a key element in the choice to educate from home and therefore it seems to go hand in hand with the arts.

We have as much to learn from this community as they do from us. We are doing this together and we hope to continue building bridges from our island to theirs.