The popular press has dismissed anti-Brexit arts figures as ‘luvvies’ after a survey revealed the vast majority of workers in the creative sector will vote for Britain to remain in the EU. 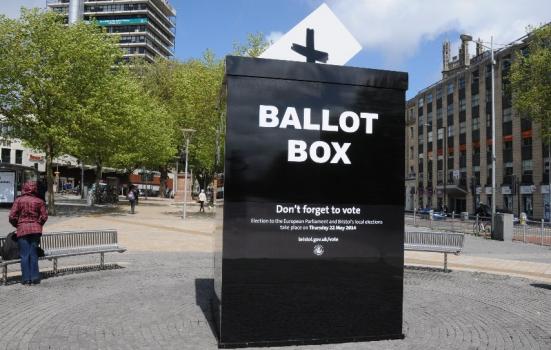 Senior professionals working in the creative industries are overwhelmingly in support of Britain staying in the EU, according to a survey of members of the Creative Industries Federation (CIF).

The poll of CIF members, who work in the arts, creative industries and cultural education, has revealed that 96% intend to vote to remain in the EU while barely 4% are in favour of leaving. 84% believe the outcome of the EU referendum will affect the future success of their organisation.

The EU is the largest export market for the UK, and access to EU markets and influence was identified in the survey as a key reason for staying in. Access to funding and movement of talent were also given as reasons.

Jude Kelly, Artistic Director of the Southbank Centre, said: “European partnerships, people and ideas have combined with the UK’s creative industries to make us a world leader. I believe in the strength of this unity and want to continue being open, curious and fully involved in Europe’s hopes, dreams and challenges.”

Her views were echoed by Nigel Carrington, Vice-Chancellor of University of the Arts London. He said: “Freedom of movement is a fundamental driver of success for students, staff and researchers. As far as I am concerned, the relationships and partnerships forged through European mobility are of massive benefit to students and universities.”

Last week the British Council announced that 27 UK cultural and creative organisations have been awarded €2.6m from the EU Creative Europe funding stream for ‘Cooperation Projects’, which aim to promote the circulation of cultural and creative works and the mobility of workers. 40% of all successful bids involved UK arts, creative and heritage organisations as partners or lead partners, including higher education institutions.

Dave Moutrey, Director and Chief Executive of HOME, which has received funds through the European Regional Development Fund, said: “Leaving the EU would be a big mistake with a huge cost. HOME and many other cultural organisations benefit significantly from EU financial support, while the free movement of ideas, products and creatives is key to making the UK such a creative place to live and work.”

The publication of the CIF survey findings has coincided with an open letter for Britain Stronger in Europe, which says that EU funding has been vital in supporting arts projects and fostering collaboration across borders. Signed by more than 250 leading figures from the arts, including Benedict Cumberbatch and Jude Law, it calls on the British public not to embrace Brexit.

The letter was reported in The Guardian as a move that “hopes to broaden the argument beyond economics, and highlight the positive benefits of cultural collaboration with Britain’s European neighbours,” but it has been less favourably received elsewhere.

The Mail Online headlined its coverage: “Now the luvvies take the stage on Brexit.” The Express described the letter’s signatories as “desperate left-wing luvvies” and reported: “Anger as A-listers lecture Brits on EU referendum.”

Responding to the letter in The Telegraph, arts commentator Rupert Christiansen said he would vote for Britain to remain in the EU, but went on to argue that leaving the EU would enrich British culture.