How Government can avoid missing the mark on levelling up

If policymakers get it right for the cultural sector, there may be significant economic and social dividends to be won, argues Eliza Easton. 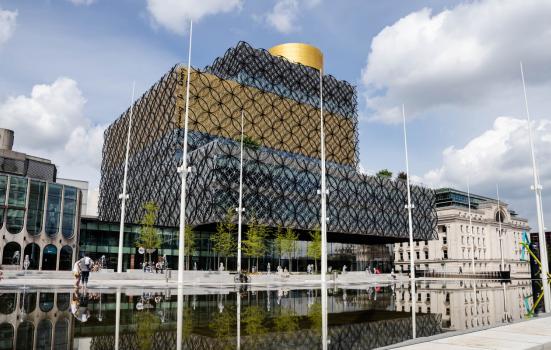 In recent weeks the public appetite to reduce inequalities across the country has been reflected in responses to an Ipsos Mori survey in which the majority of British people said they were personally willing to pay more tax to help level up regions. This is perhaps unsurprising given research from the Institute for Fiscal Studies (IFS) found that regional disparities in the UK are greater than in most comparable countries, with a significant productivity gap between London and the rest of the country.

This broad public support for investment should be a positive thing for policymakers working on the UK Government’s levelling up initiative aiming to “ensure that no community is left behind”. The levelling up policies have not specified precisely which inequalities they are targeting - an approach that has clear weaknesses but also, perhaps, hidden opportunities.

For example, few areas might benefit more from a more holistic approach to success than the creative industries and in particular the cultural sector, which is rarely concerned solely with economic outcomes but is also concerned with what it means to make life worth living.

How important is levelling up for the creative industries?

On the face of it, it might not be apparent that a policy aimed primarily at areas outside London would be an important initiative for the creative industries, which have the reputation of being the preserve of large cities. While this has a basis in truth, with a third of creative industries workers based in London, there remain significant opportunities for the creative industries in the levelling up agenda, with research from the PEC showing that there are in fact ‘micro-clusters’ of creative businesses (groups of more than fifty creative businesses in close proximity) throughout the UK, from Creative Folkestone in Kent to the collection of production and visual arts industries in Plymouth.

Larger ‘creative clusters’, where businesses benefit from shared access to creative talent, clients, collaborators and researchers, are not only found in cities like London and Manchester, which are typified by large and high-growth businesses. They are also in what we call ‘challenger clusters’ like Birmingham, Cardiff and Edinburgh, which prior to the COVID-19 pandemic, experienced rapid growth in recent years. This is also the case for ‘creative conurbations’ like Cambridge and Guildford that specialise in fewer creative sub-sectors.

This phenomenon of clustering - the desire to be around other creatives - hasn’t just been substantiated through the PEC’s research. When we speak to industry we also hear how people are happy to move to new areas to embed themselves in creative communities and support networks. It is certainly something that the Government will need a sophisticated understanding of if they are to make levelling up work for the creative communities they serve.

The role of place-based investments

So far, the Government has announced a number of specific initiatives that aim to level-up, which are likely to have varying levels of success for the sector. Place-based investments such as the Levelling Up Fund aim to support “infrastructure that improves everyday life across the UK”. And this fund in particular acknowledges the important role that cultural and heritage infrastructure can play in making our lives better.

PEC and Nesta research shows just how much value the UK public attaches to its cultural and heritage institutions, from cathedrals to local museums and galleries, using a measurement called ‘willingness to pay’. This is designed to help policymakers who need to attach a number to an institution's importance to see how much these organisations mean to people in their local areas.

Other research commissioned by the PEC has demonstrated the key role these cultural and heritage institutions play as ‘anchor’ institutions in local creative economies. But again, I doubt those reading this need a report to know how important your local arts organisations are to making the place you live in an attractive one and to foster a local identity, even if we don’t all visit them every day.

Not just bricks and mortar

While the levelling-up fund should help to support the bricks and mortar of arts organisations, one concern for the variety of funds aimed at improving local growth is that this sort of capital investment will not meet all the economic development needs of the creative industries. In our research we have seen the same issues returning again and again for creative businesses. A lack of access to high quality digital infrastructure, leading to internet connectivity issues, looms large in the list of barriers to growth which were identified by creative businesses in ‘creative clusters’ outside of the big cities.

The creative businesses also highlighted access to finance, business support and wider skills as barriers to growth. In research from PEC and the Creative Industries Council, we identified technical skills (including ICT) and management skills as areas where the sector has significant issues across the UK. And, with the main levelling-up paper due for publication this autumn, the time is ripe for the Government to recognise that while investment in buildings can be important for some parts of the sector, it is often the people that are crying out for the most support in the creative industries.

There are early signs that while place will play an important role in recovery, it has not been the defining feature of whether an organisation has survived the pandemic. Instead, our evidence has shown that it has been freelancers and those in certain sub-sectors including arts and culture that have suffered the worst, whether they are based in a small town or large city. Levelling up as a policy offers an opportunity to reach some of these struggling individuals and businesses. And if policymakers can get it right, they have a significant opportunity to reap both social and economic dividends.

This is a very useful contribution in that it tries to examine and provide the mechanism for levelling up in the arts and the cultural sectors. 'Levelling up' as seen by Boris Johnson, the Prime Minister is politically driven and is aspirational. It is driven by the belief that greater and targeted investment in economic development should help to reduce anomalies ( measured in different ways) between the North and the South of England. Is levelling up an appropriate conceptual tool for dealing with differentials in arts funding between cultural markets? The author is right in that the existence of markets will determine the allocation of resources.

How Government can avoid missing the mark on levelling up