How bad is bad?

Are problems of ethics in danger of making the arts unfundable? Michelle Wright addresses some uncomfortable questions. 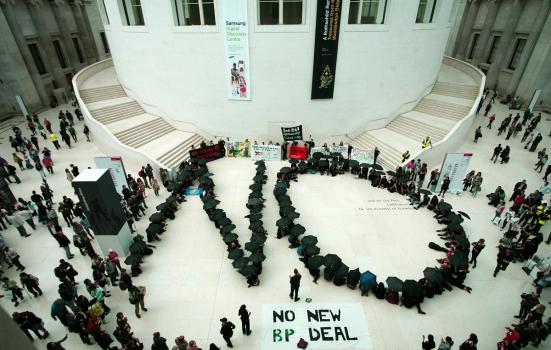 Tensions are running high and there is a high degree of nervousness from artists, employees and trustees alike about what’s appropriate when soliciting funding.

In the past few months, we’ve seen several high-profile cases emerge that put the spotlight on this. For example, the sponsorship of the Great Exhibition of the North was brought to a rapid close and there has been a furore in relation to the Sackler Trust’s generous funding of several of our major arts organisations due to wealth created by Purdue Pharma, a US company accused of helping to trigger America’s opioid crisis.

The ArtsProfessional Ethics survey tells us that 73% of arts organisation employees consider their employer to be at reputational risk through association with a sponsor or major donor whose own reputation is subject to criticism. That’s a staggering indicator of how uncomfortable we are feeling about particular funding associations right now.

But in many ways, this is an individualised discomfort rather than a unified one. The Arts Professional survey also reveals a lack of consensus amongst respondents about what makes a supporter inappropriate and how this should be determined by arts organisations. Should we align with the ‘ethics of society’ or set our own code? And when organisations have values that don’t always align with their employees or audiences – whose view should lead?

If we’re not careful, and if we don't bring some of these issues out into a forum for public debate, then we may be in danger of making the arts unfundable. Not only are we putting the arts on the ‘too difficult’ to support pile – but we’re also at risk of a few loud voices setting our policies, or being influenced by journalists keen for a story. Our very freedom of decision-making is in jeopardy.

I come at the question of ethics with what I hope is a balanced view. A sponsorship must be defensible – it must align with the values of an organisation and help them to further their aims. But we also need to support our fundraisers to be able to actively raise funds from as wide a variety of sources as possible. Fundraising is a difficult job at the best of the times and if we create so narrow a view of what makes an appropriate source of funding then we are not going to support our organisations to be resilient and thrive.

It seems impossible to put arts organisations under the rule that they can only accept money from companies or individuals that have built their wealth in ways that we consider 100% ethical today. Are brands whose history involves the British Empire, or slavery, or animal cruelty, or harm to the environment to be outright rejected as potential sponsors? Should we totally discount the funding from tobacco companies whose heritage supported so many of our music and dance companies to get to where they are today?

The other area to consider is whether there is a reasonable way to assess if a company is doing enough to right any previous wrongs. Arts organisations will have different views about whether it’s appropriate to align with a company or individual that is donating as a way of improving their reputation. Some would point to cases such as Alfred Nobel, who was said to be motivated to set up the Nobel Peace Prize after profiteering from the sales of arms. For some arts organisations this sort of ‘reputation-cleansing’ might feel appropriate. What we need to decide is how bad is bad, and how do we really clarify what we mean by ‘clean’ money?

The real crux of the debate for me isn’t the decision that individual organisations make about what funding associations are right for them, it’s about whether the organisation has invested enough time to consider their position. And once they have, those decisions need to be reviewed regularly. Opinions change, reputations change, and we need to make sure that our view is a current one.

If I were to invest in an organisation as a donor or sponsor I’d be more interested about whether the organisation knew where it stood in relation to ethics, than what their individual decisions were about where funding was sourced. In my view, it’s the error of omission that’s adding to already polarized views on ethics, and which is allowing some parts of our media to scare arts organisations through aggressive Freedom of Information requests. After all, there is no defined right or wrong. The ethical position of each organisation will be different based on its values, audiences and staff. As such, if an organisation has taken a position after considered debate, and if that position is defensible against their values, then in my opinion their views should be respected. It’s the organisations that haven’t taken time to debate these issues that will be vulnerable to lobby groups and negative media headlines.

One step to ensuring a defensible position is to develop a straightforward ethical policy that outlines which associations would be acceptable. Such policies should usually be led by trustees. Yet only a little over a quarter of respondents to the Arts Professional survey said that their organisation has a policy in place to help them make ethical decisions, and even those that do, still feel vulnerable to reputational damage, indicating that the policy hasn’t been fully debated throughout the organisation.

Of course we absolutely need to avoid ‘art washing’ and becoming complicit in unethical activities which might deter audiences/artists or others from engaging with us. But there are some straightforward areas for trustees and leaders of arts organisations to consider:

Simple steps can support organisations to have a very clear ethical position. Cause4 has developed a training course on its elearning platform Cause4 Advance to support organisations to make ethical decisions and to develop an ethical fundraising policy. We are also a partner in the Risks, Rights and Reputations training courses with Index on Censorship and What Next?, helping CEOs and Chairs to take considered risks in developing controversial artistic work.

This article is part of a series of articles on the theme Fundraising for the Future, sponsored and contributed by Arts Fundraising & Philanthropy.

Cause4 Advance courses are available until 4 May 2018 with new courses added throughout the year.

Preventing accidents – the problems of attracting fundraising talent
Are qualifications worth it?
The long tail for fundraising and philanthropy
Communicating with donors at a time of crisis
Power to the people: how arts charities will have to change over the next 10 years
Wooing the young billionaires
The crisis in arts fundraising talent
Is it time to reimagine the trustee board bank?
We need to work harder on donor diversity
Are you sitting too comfortably?