Four ways the Durham Commission can create a lasting legacy

As the Commission gets ready to publish its recommendations on creativity and education, Joe Hallgarten puts forward four ideas he'd like to see included. 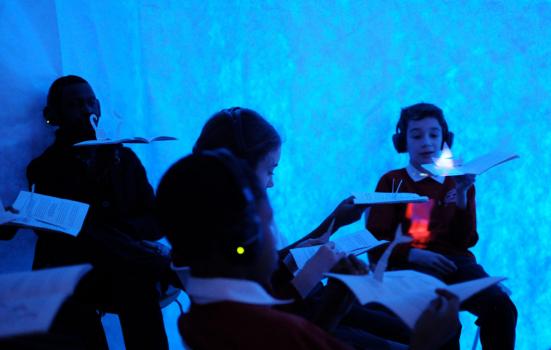 Fuel Theatre’s The day I fell into a book
Photo:

Fifteen years ago in Durham Cathedral, I witnessed an extraordinary piece of cultural learning. Over a hundred of the city’s primary-aged children performed a version of Amu, Wayne McGregor’s piece about the human heart, together with professional dancers and musicians. Looking back, it felt like peak New Labour – a little opulent, but also optimistic. I remember talking to parents who had never expected anything like this for their children, and to teachers who had never seen their pupils give such focussed and sustained attention and emotion to any activity.

Why should a primary school which breaks the law by never including dance in any PE lessons be offered any kind of subsidised dance workshop from outside?

From the same city, the Durham Commission reports in the autumn, hopefully in time to inform Arts Council England’s (ACE) next ten-year strategy, and maybe even the Treasury’s spending review. I have no formal involvement in the review, but having led and engaged in similar processes before, know that the final stretch is the trickiest part.

Expectations rise just as it becomes most difficult to extract genuinely actionable recommendations that everyone involved can agree with. So while I am not sure whether lobbing in the following four ideas at this stage will feel like an act of generosity or disruption, I’ll take the risk.

The Durham Commission has promised to explore creativity in the round, but ultimately it is ACE which is funding this, and it will be arts-related issues that are likely to gain most traction. If, as stated, the commission “seeks to influence national (English) policy”, it should steer clear of generic assertions on the value of creativity and vague recommendations on how our education system can prioritise creative learning. At least two national reports have tried and largely failed to use this context to make progress. Instead, it should focus its analysis on what has happened to arts learning opportunities over the last few decades.

The timescale is important. Even before EBacc, around 50% of young people were essentially giving up on school-based arts learning by the age of 14. Recent data on widening arts gaps (not only at GCSE and A Level but also, possibly more worryingly, in the Taking Part data for 5 to 11 year olds) show how this government’s policies have entrenched rather than created what Richard Eyre described as ‘cultural apartheid’.

The commission should offer concrete ideas that can have both an immediate and longer-term impact on closing arts gaps for young people, understanding that this is as much a demand-side as a supply-side issue.

2    Tell them that it is about the money

While it is easier and possibly safer to blame changes to school accountability regimes for the recent decline in arts learning, the other A for austerity needs highlighting. From the huge reduction in ACE’s own arts education budget since the peak in 2009 of both Creative Partnerships and Find your Talent, to the cuts in arts-related local authority and youth service spend, the drop in dedicated cultural learning spend has been profound.

Its impact does not appear to have been ameliorated by other smaller initiatives, from cultural education partnerships to a greater encouragement on NPOs to contribute to ACE’s goal five on young people. As purse strings open in the Treasury, it is time to argue again for dedicated, ring-fenced funding to support cultural learning opportunities across all artforms, targeted to improve equity between low and higher-income communities, and between artforms that currently have higher spend (especially music) and those that are suffering more. Call it ‘investment’ if you have to – although I personally find it a weasel word – but please ask for much more hard cash from Government.

We know schools have it tough, both in terms of the accountability pressures they face, and the funding decisions they are forced to make. However, they are still the key decision-makers and gatekeepers for cultural provision and, as so many arts-rich schools still demonstrate, have significant agency over whether and how to prioritise the arts.

They are also statutorily obliged, unless they’re an academy, to teach the whole national curriculum, arts and all. My fear is that arts organisations, in the rational desire to reach the cold spots, provide schools that have no interest in genuinely deepening or improving their arts provision with a few acts of cultural kindness that actually incentivise schools to do even less.

Why should a primary school that breaks the law by never including dance in any PE lessons be offered any kind of subsidised dance workshop from outside? Some schools use these opportunities, and the prospectus-warming photos they provide, as fig leaves to hide the lack of a sustained, systematic cultural education for all students. Ofsted can easily be fooled, new framework or no framework.

So how about if arts organisations, especially those with free or subsidised offers, agree only to work with schools that are demonstrating a sustained strategic commitment to improving arts teaching and learning as part of their pupils’ week-to-week experiences, rather than through external one-offs? The Artsmark Bronze award could possibly act as a good enough proxy for this.

There may anyway be better ways to target young people who are at risk of missing out than looking for cold-spot schools. Many arts organisations have a long tradition of sustained participation through youth services - ideal routes to support some of the most vulnerable young people. Despite, or even because of the recent decimation in funding, this might be an opportune time for a large-scale, well-funded cultural education programme that works with youth organisations rather than schools.

We should take supplementary schools – those that largely focus on a range of homework, language and cultural provision for Black and ethnic minority young people – seriously as cultural organisations that can reach parts of our communities where current outreach efforts are often absent. This was recommended in a 2015 RSA report on supplementary schools as a new strand for Creative Case for Diversity funding. Although ignored then, the Durham Commission could provide an opportunity for its revival.

The Durham Commission has very sensibly scheduled a period post-publication to test initial recommendations. Despite the occasional 'groundhog day' feeling, I retain my optimism for what the Commission can achieve. 2019 could be seen as the moment when arts learning in England turns a corner and becomes a central factor in preventing England’s long-term creative decline.

Joe Hallgarten is a Trustee for Fuel Theatre and works on global education programmes.
Tw @joehallg