Alongside the creative highs, Chris Jaeger's 24 years at Worcester Live involved plenty of putting out fires - sometimes literally. He shares his doubts about tribute bands, calls for trustees to hand over more money, and laments that Arts Council England will only fund work no one wants to see. 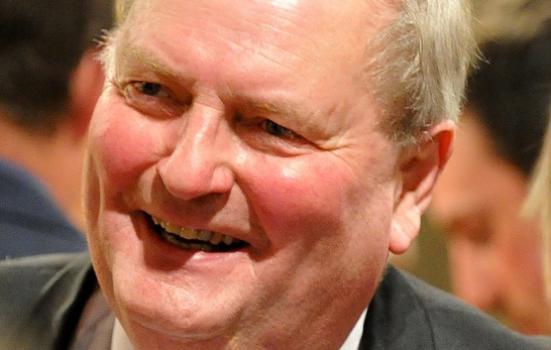 There have been many high spots in my 24 years in this job. Singer-songwriter Steve Harley, halfway through a show, suddenly berating the County Council for its lack of funding for the venue and promising a free show to raise money the following year – a promise he fulfilled. Cellist Julian Lloyd Webber refusing to come out of the dressing room until he heard who Leyton Orient had drawn in the FA cup – I stalled with an eight-minute introduction. Actor Rodney Bewes doing the tech for his one-man show wearing just his underpants, mug of tea in hand. And magician Paul Daniels driving himself to the venue, carrying all his own magic tricks and generally being one of the nicest people I’ve ever met. These are just four that come to mind.

I came to Worcester in 1995, after being head-hunted to take over the city’s concert venue, Huntingdon Hall. It was the most unusual offer I’ve ever had. It was a fantastic venue, but it was £40,000 in debt, all the staff had been made redundant, and there was no salary for me unless I could pay off enough debt to create one.

We turned the venue round, paid off the debt and created a (modest) salary. But in 2002, the Swan Theatre in Worcester went dark after 37 years. We made a successful bid to re-open the venue, and it is still going strong 17 years later, with Imelda Staunton as patron and Rufus Norris patron of the youth theatres (both started their careers at the Swan).

There have been a few low spots as well. Bob Geldof’s management pulling his sell-out gig because we wouldn’t do an excessive drinks rider. Pianist Jeremy Menuhin, having played the first concert on our brand-new Steinway, telling the audience that he would have played better on a better piano. Then there was one of the blues band Chicken Shack’s amplifiers catching fire during a concert, repeated rejection for Arts Council funding and losing our County Council funding – all these contributed to near heart attacks.

The constant low spot was never having enough money. Two venues needed constant repairs and improvements, we never had quite enough staff, and we were always vulnerable to closure because we didn’t have large reserves to fall back on. There’s no doubt most of my time was spent on raising money rather than on imaginative programming.

In music venues, gradually but inexorably, tribute bands have come to dominate live music. There are some great ones around, but is this a good thing for creativity and young musicians? I’m not so sure. In the theatre, the increasing difficulty of selling straight plays, as opposed to musical theatre, has had serious repercussions for both professional and amateur theatre. The cost of producing musical theatre for small professional repertory companies makes it virtually impossible to stage.

Another urgent problem is the need to change to LED lighting as big companies stop making the lights that have been used up to now. Replacing the lights, dimmer boards and cabling at the Swan will cost at least £250,000, an unachievable sum to fund raise. The Swan may be going dark again for the second time – literally.

Long-term strategic planning is always difficult when you don’t know if you are going to make it to the end of the current financial year. In retrospect, I did not utilise my board of trustees well. We were awash with good people who loved the arts and the organisation, but very short of people with money who could trigger peer-giving from their social circles.

Talking to other venues, this seems to be a common problem. I think perhaps that when new trustees are recruited, it should be made clear that one of the main responsibilities they have is to bring money and sponsors to the venue. All too often this is left entirely to the CEOs and Directors. It can be frustrating when wealthy board members quiz you about how you intend to tackle a financial shortfall, when they could solve it themselves by writing a cheque.

To me, Arts Council England’s funding priorities are just wrong. They are weighted against the provinces, and the hoops you need to jump through to receive money mean it is barely worth the effort. It seems very difficult to get funding for anything other than work that my audiences just don’t want to see.

Being in the arts is a wonderful and fulfilling career, though underpaid for most practitioners. Money has always been tight – even Mozart had to scrabble around for sponsorship – but the current climate is the most challenging that I have known. I fear things will get much worse before they get better.

Before his involvement with Worcester Live, Chris Jaeger worked as an English and Drama teacher, was a professional drummer, and ran a folk music agency.