Changing the role of the box office at Vancouver’s summer Shakespeare festival from an operational one to a marketing one resulted in an increase in ticket revenue, says Ethan Joseph. 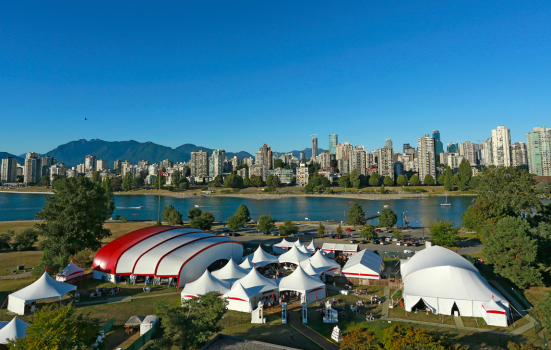 Celebrating its 29th season this year, Bard on the Beach is a Shakespeare Festival presented from June through to September in a magnificent setting on the waterfront in Vancouver’s Vanier Park in Canada.

Nine years ago in its 20th anniversary year, Bard was doing better than ever. More than 95% of seats were filled and the Canada Council-backed organisation was providing audiences with high-quality, affordable Shakespeare. With that success, the company decided to expand, opening a new theatre and increasing its seats by 33%.

With more time on the Bard team’s hands from the increased online sales efficiency, they could focus on building patron loyalty

Unfortunately, after a few years, seating capacity and operating expenses had both grown but ticket revenue was not hitting targets. Facing an operating deficit, Bard decided to rethink its approach to patron operations.

Role of the box office

With a mandate to grow its audience, Bard recognised the need to rethink the role of the box office within the organisation. At the time, the team’s responsibilities were building the season, selling tickets and customer service. It was viewed as operational work and therefore reported to the operations department.

The box office team faced a challenge to sell more tickets and realised they would sink or swim based on how well they understood and served their patrons. They needed to establish customer relationship management (CRM) systems and processes in order to build meaningful patron relationships, collect and distribute clean data, and drive customer retention and repeat visits.

To achieve this, the box office team began reporting to the marketing department. That might seem a subtle shift, but being accountable to the team responsible for earned income was a major change.

Brent Cowan, the Bard’s Box Office Manager, said: “I used to focus mostly on staff supervision and logistics in the box office, but now our focus is much more proactive. We are seen as a source of critical information about the patron relationship, rather than just being there to process orders.”

Powered in part by the move to Spektrix, Bard could shift from using data to make decisions a few times a season, to adjusting plans weekly following sales pacing meetings. Ultimately, this helped Cowan and the box office and marketing teams to better understand and serve their audience.

With a new organisational structure, the combined team set out to use data to drive revenue growth and plan marketing spend more strategically. To start, they needed to make sure their new team had time for strategic work. To take some pressure off the box office, it was crucial that the online booking path be as seamless and customer-friendly as possible.

Using Spektrix’s application programming interface (API), Bard created search tools to enable patrons to find the right performance for them, whether it be a preview, family night or special event. Last year, the festival sold 53% of its tickets online, which accounted for 63% of the overall ticket revenue. Ultimately, this allowed its sales team to spend more time analysing trends in the data and less time on the phone, without diminishing the customer experience.

With more time on the Bard team’s hands from the increased online sales efficiency, they could focus on building patron loyalty. To do this, they introduced flex packages, which could be purchased online and redeemed by phone or at the box office for any show in the season. Along with two, four and eight ticket packages, Bard recently began focusing more heavily on selling full season packages consisting of one ticket voucher for each play in the season.

After just a few years, flex and season packs now make up over 9% of ticket sales.

While these packages make up a small, if growing, percentage of revenue, they are valuable for several reasons. First, they enable Bard to generate cashflow outside the festival run. Second, they make marketing more efficient by ensuring that a certain percentage of the annual goal is met before costlier single ticket marketing begins. Finally, they provide an additional channel for building customer loyalty and identifying patrons who could become donors down the road.

A culture of flexibility

With a more empowered box office, a better view of patron relationships and new loyalty programmes in place, Bard has been able to increase the Mainstage Theatre’s percentage of capacity sold to over 80%, effectively growing its core audience by over 12%.

Perhaps more importantly, it is better positioned than ever to respond to trends both from data internally and from changing consumer preferences. Heather Kennedy, Director of Marketing, said: “We’re learning more and more from past patron behaviours and sales data, and consistently applying that knowledge to decisions about future strategies and tactics. Our entire team feels more empowered and effective, and our results prove the point.”

As competition for arts and culture patrons’ dollars becomes ever fiercer, this flexibility will be critical to Bard as it continues to advance its strategy.

Ethan Joseph is a Senior Account Manager at Spektrix.
www.spektrix.com