We accept income as a strong predictor of cultural taste. But why should this be, asks sociologist Aaron Reeves. And does taste matter as much as actual participation? 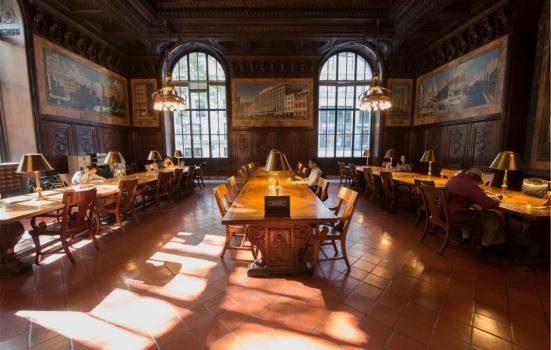 Cultural tastes and practices vary among people in different social positions. But this variation is not random. There is some regularity to patterns of cultural taste and practice across the social strata. Three possible explanations exist.

Attending university may enable someone to move into a more advantaged social position, and education may also affect cultural tastes. University graduates may be more likely to listen to classical music than non-graduates because they have been exposed to it and to other people who like it.

government policy is currently concerned with encouraging arts participation, but policies are often based on research examining patterns of taste and not patterns of practice

Social class is associated with income and income may provide people with the freedom to enjoy the cultural arts.

To date, education and social status appear to explain most of the association between cultural tastes and social position. Social class and income seem to be less important.

Cultural practices are different. They are not quite like cultural tastes. Saying that you like classical music is not the same as going to a concert hall to hear Beethoven’s seventh symphony.

This is important because government policy is currently concerned with encouraging arts participation, but policies are often based on research examining patterns of taste and not patterns of practice. This may be useful (and necessary) in some cases but it can also lead to mistakes. My research suggests that tastes and practices are not the same and that predictors of one are not necessarily predictors of the other.

This process matters because if cultural tastes are used as a criteria to determine access to high-pay occupations, then this may be one mechanism through which inequalities are reproduced because people with the ‘right’ cultural tastes are more likely to come from more affluent backgrounds.

To some, this cultural reproduction of inequality may seem far-fetched but evidence from both the US and the UK suggests that cultural tastes are being used as criteria to determine entry into high-pay occupations.

This is an important next step in this research agenda. To examine not just the inequalities in cultural practice across society, but to also explain how those inequalities are generated and whether they disadvantage particular groups, constraining their ability to be upwardly mobile in society.

Aaron Reeves is Senior Research Fellow in the Department of Sociology, University of Oxford.
www.sociology.ox.ac.uk

Understanding why a strong correlation between cultural tastes and income exists is one step on the road to better understanding how the cultural industries can increase access and opportunity for all, a key theme of Ed Vaizey’s recently published, and long awaited, Culture White Paper.

Aaron’s work presents a real conundrum for policy-makers about the types of mechanisms that can actually broaden access to the sorts of arts and culture supported through public funding. His contribution also stresses that increasing participation and increasing attendance require very different sets of tools.

Jennie Lee’s ‘The First Steps’, the original Culture White Paper, produced just over half a century ago, highlights the very same issues surrounding inequality of access. There has been much change and some improvement since then – very possibly because of Lee’s work – and yet the issue of ‘reproduction of inequality’ is still one with which the sector struggles.

Jude Kelly, Artistic Director of the Southbank Centre, succinctly summed it up at the launch of the new White Paper when she reminded us: “Inclusion doesn’t mean ‘I’m standing in the middle, come join me’ – you have to stand in a different place.”

This article is a summary of research prepared for CultureCase, a new resource from King’s College London to provide the sector with access to academic standard research. The summary of Aaron Reeves’ academic paper is available on CultureCase.