The crisis in arts fundraising talent

Arts organisations must change their workplace cultures so that young people see the profession as a rewarding long-term job, says Michelle Wright. 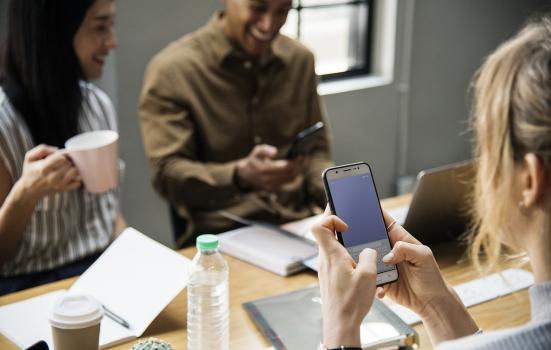 It’s always been difficult to recruit good fundraising talent. This is a profession that most people fall into rather than aspire to – I did. And retaining fundraisers in arts organisations is even harder. A survey from the Chronicle of Philanthropy revealed that half of the more than 1000 fundraisers surveyed in the US and Canada expected to leave their jobs in the next two years. Even more worryingly, 30% said they had either recently left the fundraising field altogether, or plan to in the next two years. Why is this a job that few people actively dream of taking on, and even fewer plan to dedicate their careers to?

As a post-Brexit 2020 looms, the charity sector is facing more competition for less money. Overall giving levels are depressingly stubborn in the UK, remaining at about £10bn of household giving over the last 10 years despite many campaigns, initiatives and a government agenda to encourage more. And arts organisations remain low in the pecking order, with the lowest number of donors, according to statistics released by the National Council for Voluntary Organisations and the Charities Aid Foundation. Arts and culture came bottom of a list of 14 causes, attracting just 2% of donations a year.

In this context, charities require their fundraising – or in other words, sales – teams to be creative, tenacious and resilient. But is that fair if charities are not prepared to provide the support needed to develop, retain and motivate key fundraising staff?

In the UK, fundraising is rarely if ever on the list of aspirational jobs for graduates and there is a lack of awareness of the attractions of such roles in our universities. We’re facing an unprecedented crisis in fundraising talent, and yet the pipeline cannot replace the people who are leaving the profession. Our organisation, Cause4, is flooded with organisations seeking advice on hiring roles that have been difficult to fill, or with CEOs frustrated because their good fundraising hire has left before even seeing out 12 months, or with chairs of trustees who want better fundraising results, and faster.

Under pressure and underappreciated

The key reasons that many fundraisers give for wanting to leave is that they are under too much pressure to meet unrealistic fundraising goals, coupled with too little pay and frustrating organisational cultures. The Chronicle of Philanthropy survey reported that 84% of fundraisers felt “tremendous pressure to succeed” and 55% “often feel unappreciated”. If you couple these findings with fear of failure, or perhaps of being “found out” if unable to reach targets, then you can easily see why fundraisers crave an exit.

Added to the ‘itchy feet’ syndrome is the fact that there are so many fundraising roles available in the charity sector, in arts and other organisations. It’s very easy for fundraisers to job hop. Employers are often so desperate to fill fundraising roles that their levels of due diligence are minimal and they take little time to understand an individual’s career trajectory. In other professions, an employee who has only stayed six months in their last three jobs would set off alarm bells for employers. But in arts organisations stuck with a painful gap in their fundraising teams, this can be overlooked. It’s better to have someone in the hot seat than no one at all. We urgently need to break this cycle. Short stays in fundraising teams do nothing for the sector, the reputation of fundraisers, or crucial relationships with donors.

The loneliness of the long-distance fundraiser

Too many fundraising professionals feel isolated and struggle to get the help they need from their organisation’s leaders. Too many chairs and trustees are unreasonably impatient for results. Too often they seek to fire the fundraiser for not bringing in the desired donations. We need to recognise that fundraising is a marathon and not a sprint. Building relationships with wealthy donors takes time. And it’s very rare that a good long-term relationship is built by one person alone. Resilient fundraising charities involve the whole team in fundraising, from box office staff to board.

I have worked in-house as a fundraiser, and it was often challenging. But I was fortunate to have had good support from both CEO and board. I was accountable for targets, but I also made the organisation accountable. It wasn’t just my problem alone to face.  For this approach to work, we need to build awareness of what a fundraiser’s job is, embracing a culture that looks to develop effective fundraising across an organisation.

The Arts Fundraising & Philanthropy Culture Change programme supports organisations that are at a pivotal moment of change. Its success can be linked to the commitment of all the staff and Board members to be part of the process. It’s only when an organisation reflects on itself as a whole that you can effectively build an enduring fundraising practice.

Fundraising is a team effort

Fundraisers require great political skills and influencing talent. Too many underestimate just what is needed to get people within the organisation on side. We need to prepare fundraisers to navigate internal politics, to educate teams about fundraising and the roles they need to play. And that’s before they start liaising with anyone outside the organisation.

In plans we’ve put together for senior leadership training in fundraising, we require fundraisers to attend meetings with their organisation’s CEO and Chair of Trustees. It’s hopeless to upskill fundraising talent if their skills can’t be utilised due to poor support and culture internally.

I see fundraisers that have the talent to become the fundraising directors of the future, but like young people in other industries, they have very different expectations about how they want to work. They don’t want to slog for 60 or 70 hours a week in the way that donor-driven development directors often see as standard. They want mission-driven work and a work-life balance. If we want them to keep developing their skills and remain in the arts, what roles are we creating for them?

The arts sector has a responsibility to tackle this crisis in fundraising talent. Organisations need to be thinking about how roles can be structured to support fundraisers in the workplace, and equally about how their own cultures and behaviours need to change and adapt. Fundraising should be an inspiring, rewarding long-term job. At the moment, too few talented individuals see it as such.~

This article is part of a series of articles on the theme Fundraising for the Future, sponsored and contributed by Arts Fundraising & Philanthropy. A new programme looking at Workforce Development is in development in partnership with fundraising think tank Rogare. Please get in touch with ideas and thoughts in relation to the future needs of fundraising.