How can the ‘fix-it style' philanthropy of the mega-wealthy US tech entrepreneurs be applied to the arts in the UK? Michelle Wright shares her thoughts. 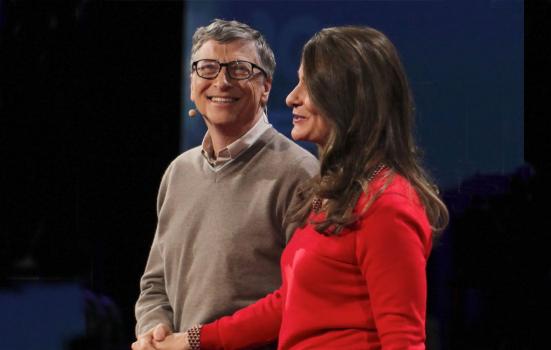 jurvetson on Visualhunt / CC BY

We hear a lot about stimulating philanthropy. Yet according to the CAF UK Giving Report, in 2017 the arts came bottom in a list of 14 causes, with just 2% of donations coming to arts and culture.

We know that big giving is often London-centric. Of the 355 gifts of £1m or more made in 2015, London accounted for 260 gifts, or 71%. Philanthropic giving to the arts is significantly lower in the north of England than nationally, representing on average just 2% of overall turnover for Arts Council England-funded organisations in the period 2014–16, as opposed to over 3% nationally.

But perhaps the biggest influence on the philanthropy ecology currently comes from Silicon Valley in the US.

According to current figures from Oxfam, just 80 people own as much wealth as half the world's population. A small proportion of these mega-wealthy, often tech entrepreneurs with the brains, grit and determination to take on the seemingly impossible, and with the money to do it, champion the concept known as ‘philanthrocapitalism’.

Bill Gates is the best-known proponent of such giving, with the Bill & Melinda Gates Foundation being cited as the largest privately owned foundation in the world with an endowment of over $50bn. The charity is committed to finding cures or solutions to some seemingly intractable problems, such as ending malaria. The approach is that we can cure or solve issues through employing a solutions-based focus that will also allow new ideas and talent to rise.

Facebook founder Mark Zuckerberg with his wife Priscilla Chan have sought to go one step further, or possibly one step better, in a ‘fix it’ style philanthropy. In a demonstration of one-upmanship, the Zuckerbergs have pledged to “cure, prevent or manage all human disease before the end of the century”, underpinned by an initial donation of $3bn.

This new type of philanthropy is built on the premise that the very, very wealthy – not just the top 1%, but the top 0.01% – are uniquely positioned to create social change by using their resources and networks to leverage public money and to create a new infrastructure for public policy design and delivery. It’s more than conscience-absolving for the mega-wealthy – it’s fundamental to the development of social programmes.

This philanthropic model leads us to believe that intractable issues of mankind can simply be fixed. We need to believe that if we put our minds to it, anything is possible – and areas of social and environmental need require the best minds, resources and funding to make progress.

But fixing world problems is considerably more nuanced than building a company – as is a philanthropic response to addressing global inequality – so this approach raises many questions. What are the pros and cons of a system built on this kind of largesse? It undoubtedly puts decision-making in the hands of the elite and by its very nature is anti-democratic. And what happens when things go wrong? Entrepreneurs are not always right, and issues of humanitarian development are complex, far more so arguably than designing the best software or social media platform. What happens to important programmes that are not popular with the rich? Mega philanthropy is a source of power and it needs scrutiny as well as gratitude.

And so we come to arts and culture. We have an urgent need to encourage many different shapes, types and levels of philanthropy. So, if we take this new mindset of a ‘fix it style’ philanthropy as a given, can we apply it to the arts with any integrity? Here are some thoughts:

Arts Council England in partnership with Arts Fundraising & Philanthropy is running ‘Northern Lights’ on Wednesday 13 March on ‘What does a radical future look like for philanthropy in the arts in the north of England?’. To find out more and register, click here.

This article is part of a series of articles on the theme Fundraising for the Future, sponsored and contributed by Arts Fundraising & Philanthropy.