Australia and the arts during Covid

Most reports of the plight of the arts during the pandemic have focused on economic analysis. Julian Meyrick asks what the arts might teach economics. 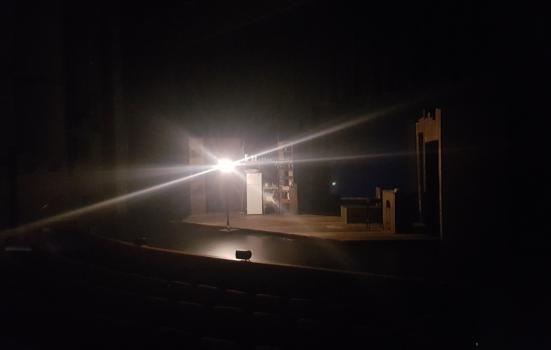 Take a bag of marbles and drop them, from height, onto a steel floor and you have a handy image of the devastation 2020-21 has wrought on arts and culture in Australia. The sector is made up of distinct subsectors (the marbles) confected into one policy framework, largely by the categorising activities of the governments around them (the bag).

It has been not only a financial shock but a psychological one. According to the federal Government “the arts and entertainment sector has shown the capacity to recover”. If so, and it’s debatable, it is no thanks to the schemes it put in place over the last 18 months to support every part of Australia’s economy bar culture.

When, eventually, the Government did get round to providing assistance, it showed parsimony in the amounts offered, incompetence in methods of delivery, and startling ignorance of the needs of different cultural institutions and industries.

“Arts and Recreation Services were hit harder than any other industry by the pandemic. 53% of businesses had ceased operating at April 2020. From the March to June quarter in 2020, household spending on culture and recreation fell by over 15%. Household spending in associated and arts-adjacent sectors of hotels, cafés and restaurants fell by over 56% …

[S]urvey data from Live Performance Australia, show[s] $24 billion in lost output and 79,000 lost jobs since Covid… Arts venue industry revenue is forecast to decline by 6% over the next five years to 2025. There will clearly be long-term damage to the sector from the pandemic and recession. Many venues and organisations will not be in a position to re-boot. In the medium term, the sector is likely to experience a permanent drop in output.”

There are two ways to parse the impact of the pandemic of Australian arts and culture. One is to use the familiar tools of statistical aggregation: so much income forgone, so many jobs lost, so much reinvestment needed.

They fall into four groups – respectively, centre-left, centre-right, left-progressive, and ‘lost’. The last is the most concerning, as Sculpting a National Cultural Plan (October 2021) was supposed to supply a blueprint for the country moving forwards. Instead, the report spins its wheels in econobabble, as if all the sector’s marbles were the same size and had hit the floor at the same angle.

The problem is less the hyper-focus on arts and culture’s economic dimension, than that there is no other language with which to discuss what is happening to them. Sculpting a National Cultural Plan took almost a year to deliver its findings, attracted 350+ submissions, and received detailed testimony from a wide variety of people working in the sector. That its final recommendations should be so inconsequential is little short of a disaster.

The root problem is lack of a coherent policy narrative, and lack of purposive policy ideas that aren’t one form or another of market tweaking. In 1994, Australia gave the democratic West the first national cultural policy, Creative Nation. It was globally influential and reading it, you can see why.

It has a clear sense of culture qua culture and of the specific contribution a cultural sector makes, to the economy, certainly, but also to social life more broadly. The same cannot be said of Sculpting a National Cultural Plan or any of the cultural initiatives emerging from the successive Coalition (conservative) Governments Australia has had since Labor ceded power in 2013.

A second approach – a better one – is to approach the sector’s Covid experience qualitatively rather than (only) quantitively. Since 2004, Currency House – an offshoot of Currency Press, Australia’s main performing arts publisher – has been putting out a quarterly essay series dedicated to the concrete problems facing arts and culture.

They have been called, rightly, cultural policy’s Green Papers. As of 2019, 63 had been published, and they reflect the full gamut of artforms and issues – all the marbles – in language those working in them use and understand.

Last year, the essays relaunched as the New Platform Papers. Its first issue in the new series, What Future for the Arts in a Post-Pandemic World?, will be published this month with a lead essay from the economic philosopher Richard Bronk on the role of imagination in economics.

What the arts might teach economics, rather than the way round, is a timely question. Like the UK, Australia faces escalating partisan divisions with a decidedly cultural feel to them, enflamed by steadily rising income and wealth inequality.

The disaffection of those in the arts sector is just one of many ‘loser’ groups that ‘market first’ politicians have liked to think they are not directly responsible for.

In Prospero’s words, ‘my foot, my tutor’. During the pandemic, Australian Governments have been forced to govern, at both a state and federal level. It’s a trend that’s likely to continue, but there are some startling gaps. The New Platform Papers aim to address those pertaining to arts and culture, that Covid has revealed to be among the most egregious.

Australia and the arts during Covid
A different kind of dialogue