Sonali Joshi says parity in support for the self-employed is the vital ingredient for a positive future. 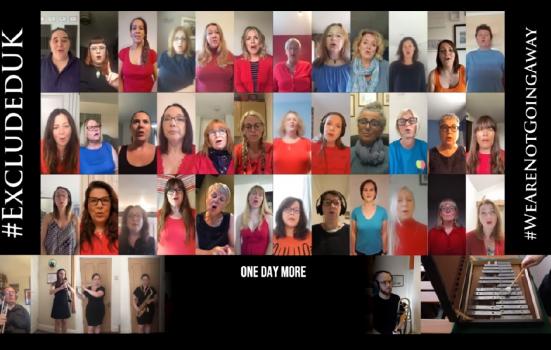 As the pandemic set in early last year, it became apparent that the arts sector would be among the hardest hit given its dependency on mass gatherings and collective viewing. Venues inevitably closed their doors, productions and performances came to a halt, and artists, creators, producers, technicians and many others who form the very fabric of our creative industries found themselves facing the most extraordinary challenges.

Hopes that everyone would be supported by furlough and the self-employment income support scheme (SEISS) faded soon after the Chancellor announced them. The schemes fell far short of providing adequate financial support for all those in need. A series of exclusions resulting partly from policy decisions and partly from oversight, meant some three million people were shut out through no fault of their own. Add to this the uncertainty hanging over the arts sector in the face of the pandemic, and the picture turned particularly bleak.

As a moving-image curator and access consultant (subtitling, translation, audio-description) operating as a freelancer and a small limited company, I fell into the unfortunate category of being excluded from government income support. I had been working on a Japanese architecture/cinema project focusing on themes of recovery, regeneration and renewal that was due to screen in June 2020. 'I made an early call to pause the project, and with funding streams also diverted, this inevitably led me to rethink the project. It would come to take on a whole new meaning.

Realising the scale of the issue, I came together with two other small business owners to form ExcludedUK in May. Our aim was to create a strong collective voice, working with a range of organisations, to lobby on behalf of those excluded, while offering support and a space to share their stories. The exclusions in the schemes have led to significant inequalities and deep social injustice, many suffering severe financial hardship and mounting debt, while a mental health crisis looms large.

A fundamental issue regarding the Coronavirus Job Retention Scheme (CJRS) lies in the fact that the decision to furlough an employee rests with the employer. Many have been denied furlough when they should be entitled to it, affecting those who are shielding or on maternity leave, for example. New starters and annually paid limited company directors were excluded simply due to their payroll date being at the wrong time. Small limited company directors have been disadvantaged by only being able to claim furlough on their basic PAYE salaries while left in the absurd position of being prevented from working.

SEISS came with hard eligibility criteria. Anyone new to self-employment since April 2019, earning less than 50% of their income from self-employment, or earning more than £50,000 are all excluded. The 50% rule excluded many who have been self-employed since October 2018; it is common in the arts to combine employment with self-employment to mitigate risk, especially if you are just starting out in self-employment. New parents on maternity leave have been discriminated against, while women generally appear to have been disproportionately affected. This 50% exclusion is particularly unjust since pensions, bereavement payments, Carer's Allowances, redundancy payments and rental income are counted as earnings.

Those affected come from all sectors across all employment statuses. However, 30% of respondents to ExcludedUK surveys work in the creative industries, suggesting it is the worst affected sector. Many are highly specialised in their fields yet have been forced to look for work in other sectors, potentially leaving a huge skills gap when the sector recovers. Working in the arts as a freelancer, self-employed or small limited company necessitates working in a mode of precarity. The arts face so much uncertainty and a long road to recovery. The £1.57bn Culture Recovery Fund has barely reached the self-employed.

Community-driven cultural activities have helped us raise awareness and highlight talent within the ExcludedUK community. Last summer we launched #3MillionMilesUK, a well-being initiative encouraging people to engage in sport or physical movement while telling stories through writing or visual content. The ExcludedUK virtual choir was launched, led by a singing teacher in Glasgow and a scriptwriter in London, bringing together more than 100 ExcludedUK members. We also joined forces with Bectu to participate in the Panto Parade in September.

The arts sector and those working within it are inherently resilient and their activities form a vital part of our communities. But the Government’s financial response to this pandemic has left 10% of the UK workforce out in the cold. The precarious nature of employment in the arts sector and the need for better working conditions for freelancers, and how that intersects with a lack of funding and Government understanding of what it means to be self-employed or a small limited company, have been brought into sharp focus.

As we approach one year since we were plunged into this crisis, all eyes turn to the Budget on March 3. ExcludedUK will be calling louder than ever for parity in support. We maintain that not helping those excluded is completely at odds with economic recovery. Addressing this is vital to building a positive future.

Sonali Joshi one of the founders of ExcludedUK and Director of Policy and Communications.