How to curate for a global moment

The groups least likely to visit a gallery can curate shows the public wants – and that directors would never dream to create, writes James Green. 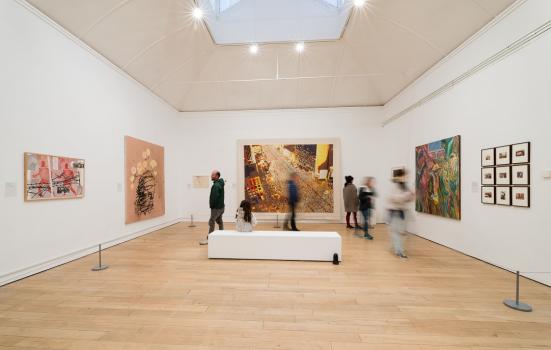 Galleries have been wrestling with questions about their role in civic society for some time, but our new experience of life with Covid-19 brings even more urgency to the debate.

We are a society that is divided between those with political, economic, and cultural agency, and those without them. Recent events have been all consuming but thinking back to 2016 and the Brexit referendum vote, the most shocking thing about the outcome was how it highlighted the divisions in our society. Now, Covid provides a similar filter for understanding who has agency in our society. Who is impacted? Older people; those with underlying medical conditions; those in poverty; people who are Black or from other ethnic groups that experience racism on a daily basis.

Profound though the medical impacts of Covid are, so too are the economic consequences. Unemployment is rising. But which jobs are going? Who is losing work? Of course, it’s predominantly those in the lowest paid jobs – retail, hospitality, freelancers, and part-time workers. Look at our own sector and the evidence is there. Who is losing out? It’s the same marginalised groups yet again.

Challenging galleries to solve society’s structural problems isn’t the answer, but I and many others feel we have a responsibility to play our part.

To discharge that responsibility effectively, we must recognise what side of the social divide we gallery directors and curators sit on. To me, the answer is clear. I am yet to meet a gallery director or curator who voted to leave the European Union and most, if they are honest, have had a much more comfortable ride through the pandemic (so far) than many others. We clearly have political, economic, and cultural agency. What’s more, so do most of our core gallery visitors, in spite of the sector’s evident passion to reach across the divide.

The key question is: how do we go about changing that? Assuming we want to, and I think most of us do, I suggest one way is to look at who shapes the programmes we deliver. Whose opinions, life experiences, and values are we giving voice to? Consciously or unconsciously, these shape the messages we project through our programming. Change them and our audiences will slowly change too.

Last year at Newlyn Art Gallery & The Exchange we were successful in our bid to join the Arts Collection National Partners Programme, alongside Sunderland Culture and Firstsite in Colchester. The programme provides three years of Arts Council England funding to support the organisations in delivering extended programmes of exhibitions and projects, drawing on the gallery’s extraordinary national collection. The collection now comprises more than 8,000 works of contemporary art, purchased since the inception of the Arts Council in 1946.

Our proposal aimed to address this question of the relationship between the values, core beliefs and life experiences of the curator, and those of the audiences attracted and engaged by their projects. By providing a platform for individuals or groups to curate from our most important resource, we hoped the profile of our visitors would change. We wondered what impact the opportunity would have on these first-time curators. What would we learn from this process?

Six months in, and with many of our original plans reshaped to cope with lockdown, it’s too early to answer these questions. But the impact of this new way of working is being felt across our team and the partner organisations, who have become an essential part of this work.

Our early projects have focussed on giving voice to young people in our community. One of these involved an invitation to pupils at Mounts Bay Academy, Penzance, to curate a main gallery show. Our approach was to gently facilitate rather than actively guide their approach.

A conversation between the 14 students around what it means to be a global citizen was the starting point for their exploration of the Arts Council Collection, bringing together an intriguing selection of works that say something about the world today and their place in it.

The group looked for pieces that resonated with them, while also considering works that illustrated issues young people in different parts of the world may be facing. They explained: “We chose works that said something about big issues for us personally, and are universal to people of our age, such as mental health and equality.”

The exhibition, entitled Go On Being So, included work by artists from across the globe with diverse backgrounds. The group sensitively and intuitively navigated the challenges around representation and diversity that curators of all collections are actively battling with.

The exhibition, the first curated by school children in the Arts Council’s Collection’s 74-year history, opened on 14 February, only to close a few weeks later as lockdown hit. However, its run continued when the gallery re-opened in early August.

As the world changed amid Covid and the re-emergence of the Black Lives Matter movement, so did our visitors’ reading of the exhibition. This wasn’t a show that a seasoned curator would have put together (and it’s all the better for that), and its title is not one the gallery team would have selected, and yet both resonated with our audience in ways we couldn’t have imagined. Go On Being So now seemed like a provocation: was such an instruction possible during a time of global turbulence? Or did it offer reassurance to those who needed it most?

Visitors to the show in August described how the exhibition seemed so timely, helping them reflect deeply on this unprecedented moment in our lives. Many couldn’t believe the project had been developed before everything turned upside down. It seemed so prescient and suggested this group of 12-to-16-year-olds from a Cornish school had a level of insight into public feeling that most gallery curators lack. But that, of course, was precisely the point.

James Green is Director of Newlyn Art Gallery & The Exchange

Having been a teacher for many years I have always been conscious of feeling that a young person's view might be a bit mis-guided, a bit off the mark. Even wrong. But why so? Obviously I have more life experience but not as a contemporary young person. Their view is clearly how they see the world at this current time, using their experiences, their access to media and their formal education. I have a feeling we should be allowing more groups to curate exhibitions........ 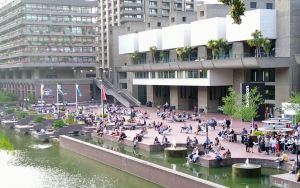 How to curate for a global moment