When Oxford Playhouse was asked if it could run acting technique workshops for John Lewis, the answer had to be a yes, says Louise Chantal. 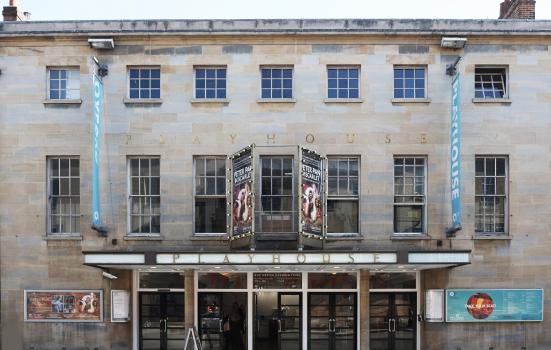 The Westgate Centre in Oxford
Photo:

I joined Oxford Playhouse in September 2014, since when we have completed a three-year capital project (risk 1– expensive skeletons fall out of metaphorical and actual cupboards when you start messing with 80-year-old buildings). We have started to produce and co-produce main stage shows (risk 2 – no matter how sure you are of a show’s artistic merits, audiences will and do make their own choices). And as a nation, we have embarked down the completely blind alley of Brexit (risks 3, 4, 5 and 6, ad infinitum).

The first two choices have reduced our already meagre reserves, while the last one may reduce our ability to sell the 70% of seats needed to meet the budget. While our sales went up 10% last year, there’s no guarantee that disposable income will stretch to theatre tickets in the years to come. Put simply, we decided our business model needed a proper going over.

The main income generator of any regional repertory theatre will always be ticket sales and the secondary income that depends upon them – programmes, ice creams and drinks can only be sold to people actually attending a performance after all. Those sales are dependent on a myriad of factors, some of them in our control and others not. The senior management team, in line with many other venues up and down the land, began to devise a new strategy to increase non-programme-related income streams.

Around the same time as this exercise began, we received an unsolicited phone call from the HR department of John Lewis, who were planning to open a flagship store in the new Westgate Centre in Oxford in October 2017. Did we ever, they asked, do workshops in acting techniques and body language for corporate clients? Could we perhaps do some work with the new partners (staff) about to start at the Oxford store, teaching voice techniques and non-verbal communication skills to increase their confidence when interacting with customers?

Of course we could, we said. Not only would it increase earned income in the participation department, it would deepen our relationship with hundreds of potential audience members (and their families), extend the skills and experience of our in-house team and kickstart what we knew could be a vital partnership with a major local business.

Then we asked our participation team to create an entirely new corporate training programme from scratch while continuing to deliver their extensive year-round programme, which already reaches 15,000 young people every year. They didn’t even swear (at me anyway).

John Lewis had clear ideas about what they wanted. Our Head of Participation, Mezze Eade, had a series of meetings with their managers, where she was briefed on their training programme, ethos and terminology so we could embed the work we did into their existing structure.

They insisted Mezze led the majority of the sessions personally, which necessitated scheduling training for 250 partners around her existing delivery programme. That took some juggling during term-time while simultaneously preparing two young companies for our pantomime.

Each workshop had on average 25 participants, drawn from every department - from the sales floor to maintenance and management. The workshops were compulsory, but the company took great care to explain the reasoning behind them, so that staff understood the intended benefits and were open to what could potentially be quite new practices.

Once we’d started to roll out the plan, it became apparent that the real success of the project was not just more confident and friendly sales staff but, as Mezze puts it, “the joy of watching people who didn’t think theatre was for them embracing stage techniques and seeing them make a difference to their work and even their lives”. We didn’t set out to prove the worth of drama training in the wider educational curriculum, but that’s pretty much what happened.

Partners at John Lewis reported increased confidence, reduced stress (the public are scary) and better job satisfaction. Management liked the results. And we were asked to deliver more workshops in other John Lewis stores in the south east of England, even venturing into Waitrose stores.

The programme has now been bought by half a dozen other corporate partners, some existing supporters and some new to the theatre. Our outreach department increased their annual income by 50%. We even got into the national press, with The Guardian doing a front-page story about ‘shop assistants learning how to act’.

It’s not just about the money either. Our partnership with John Lewis continues in other ways. We’ve discussed doing a site-specific ‘Playhouse plays out’ performance in-store, and we extend special offers to the John Lewis staff as part of our community engagement programme.

In the longer term, the programme has allowed us to develop an income-generating model which is both sustainable and growable, as well as a reach into our community and the wider visitor economy. The potential negative impact of the new shopping mall shifting footfall and spending from the ‘old town’ to the west of the city has been mitigated by playing an active part in that new development.

Corporate training is just one aspect of our non-programme income strategy, along with our countywide ticket agency (Tickets Oxford), room hire and event management services (including hosting our first wedding last June). We are still reliant on bums on seats for the majority of our income, but this secondary income allows us to take artistic risks in our own productions, make exciting choices in our visiting programme and plan for the next time we find those expensive skeletons.