Out and about in Leicester 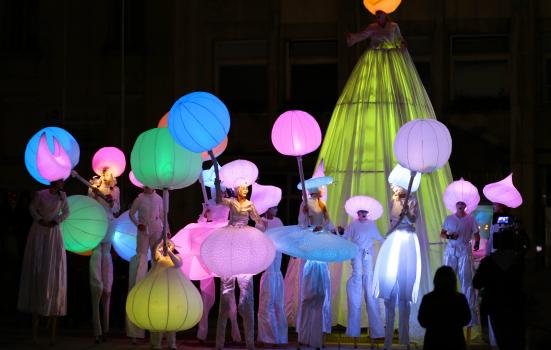 Leicester Arts Festivals (LAF) is a support network for 24 arts festivals, some recently established and others decades old. Based in one of the most demographically plural cities in the UK, they cover almost every artform, organisational type and event format imaginable.

Festivals are not inherently representative of any given city, simply by virtue of taking place there

They have a total attendance of around 150,000 per year, which makes them comparable to other recent one-off events, such as the Leicester City Premier League win parade in 2016, which drew estimated crowds of around 240,000, and the discovery and re-internment of Richard III, which has brought an estimated 622,000 additional visits over two and a half years.

A recent year-long research project collated baseline data and a comparative analysis of audiences from the city’s arts festivals. 18 festivals participated in an organisation survey and six festivals carried out a survey of their own audiences. Of the 24 festivals covered by the survey, 11 are predominately outdoor festivals, although the remaining 13 have some outdoor component.

The organisation-level survey first established how long each festival had been running, its audience size, box office record and the types of venues or sites it uses. In the audience survey, a key question was which other festivals an individual had attended.

The most commonly attended festivals were broadly those that had been established the longest and are mostly free to attend. The top two festivals in terms of audience size were both outdoors festivals: Leicester Caribbean Carnival and Riverside Festival, which 60% and 59% of those surveyed had attended respectively. Third and fourth were The Spark Festival and An Indian Summer, which have both indoor and outdoor elements, which 50% and 41% had attended. The Leicester Comedy Festival, predominately indoors, was fifth, with 36% having attended.

Using the standard range of Audience Finder ‘motivation to attend’ questions, the survey found that for outdoor festivals ‘To enjoy the atmosphere’ is an important factor. It was virtually absent in respect to the indoor festivals as audiences preferred other factors.

Tourists were identified as a key part of the audience. Across the sample, on average 73% of audiences came from within the city and 27% from elsewhere.

The electoral wards that audiences were drawn from varied greatly from festival to festival, with only two sharing the same top-attending ward. The top three wards overall accounted for 52% of our sample (excluding non-city visitors) even though they only account for 18% of the population of the city. This led to a debate about the levels of saturation, competition and the kinds of activities and outreach that might be developed.

In general, the lower attending wards were situated towards the outer estates, while the higher attending wards were closer to the centre. It was noted that there is a strong political and economic drive to focus festivals in city centres. We discussed whether there may be similar patterns in the footprint of cultural venues, other services or companies that are based in the city centre.

Festivals are not inherently representative of any given city, simply by virtue of taking place there. It’s interesting to consider which aspects are being represented and expressed, whether in terms of neighbourhood, demographics or cultural tastes and motivations, and to piece these all together in the context of a wider ecosystem of festivals in the city.

This allows us to ask how festivals can better meet objectives (of funders, their peers and themselves), and more theoretically, where the gaps and boundaries are from which new partnerships and even new festivals might emerge. We can also consider, by examining festivals that have failed or come to a natural end, what external factors make a city more or less ‘festival friendly’.

Despite concerns around festival bubbles and the festivalisation of cities, the variety of formats, artforms and audiences indicate that there may be more ground to cover. This also hints at the value of an approach more informed by ‘cultural ecology’, as set out in The ecology of culture by John Holden in 2015, which views cultural events and their audiences in context with each other rather than in isolation.

Out and about in Leicester
Does more data mean more progress?
Making an impact