Scottish Ballet’s first digital season gave the company the opportunity to experiment with new technologies, but would audiences like it? Charlotte Gross tells the story. 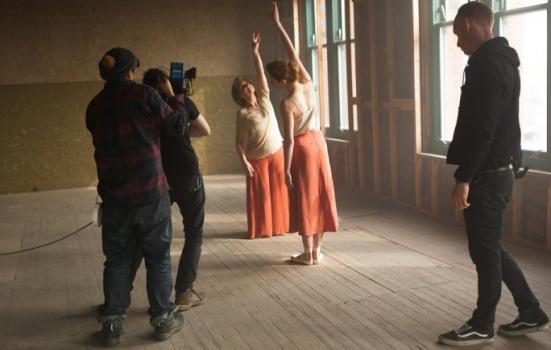 Digital technology has deeply transformed the way we consume information, plan and organise our lives. Digital marketing and communications have also opened up opportunities for touring arts organisations to engage with audiences in a more meaningful way, keeping a connection all year around rather than just during tours.

Scottish Ballet does ground-breaking work on stage with influential choreographers and we also seek to engage with communities in the UK and around the world with the use of digital. In 2009 we won the Golden Tweet Award (Business to Consumer); in 2011 our education department initiated the first UK dance live stream from our studios in Glasgow; and in 2016 our resident filmmaker Eve McConnachie’s film Maze won Best Screendance Short Under 10 Minutes at the San Francisco Dance Film Festival.

And in April this year we launched our first Digital Season. Christopher Hampson, our CEO and Artistic Director, set out to create a month-long programme of dance for a digital format, opening the organisation, dancers and choreographers to new ways of working, new technologies and new collaborations.

We wanted to let our audiences get ‘under the skin’ of Scottish Ballet and to see dance differently. We were very fortunate to be supported by the John Ellerman Foundation, which completely embraced the concept and enabled it to happen. We also received support and funding from KPMG, Baillie Gifford and the Garrick Charitable Trust.

It included the premiere of four new dance films, including a 360 degree film and a work created live in five days (daily live streams showing the choreographic process), the stream of a full class, a digital art installation and a pop-up gallery in Tramway.

The season allowed us to work with creatives from other fields such as photographer and director David Eustace, poet Jackie Kay and composer Alex Menzies. We also continued to develop a creative partnership with choreographer James Cousins as well as collaborate with the BBC, Nowness, Google, Pointe Magazine and Glasgow School of Art. It also allowed us to showcase our own creative talents in a different way and provide something special for our audiences while the company was on tour in the US.

Prior to the season starting, we had defined clear key performance indicators (KPIs) to measure its success.

Our most important KPI was audience feedback. Would they like it, would they engage with it and will it touch them?

In these troubled times society needs art more than ever to help people reflect, pause and connect. As individuals spend increasing amounts of time in the digital world, arts organisations need to bring art to the spaces between the cute pictures of cats and the political debates and the YouTubers.

As technology and communication tools move at a fast pace, it’s essential that we maintain a culture that enables experimentation within art organisations. The digital world is hungry for content and arts organisations are in a great position to play a significant part in this space.

Charlotte Gross is Head of Sales & Marketing at Scottish Ballet and Producer of its Digital Season.
www.scottishballet.co.uk
Tw @scottishballet