The Canterbury Heritage Museum has attracted fewer and fewer visitors in recent years, but a rescue plan involving the Marlowe Theatre is set to revitalise it. Janice McGuinness tells the story. 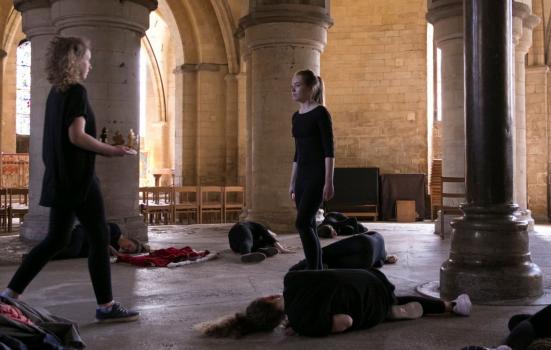 The Poor Priests’ Hospital is a beautiful Grade I listed medieval building in the centre of Canterbury. With an oak-framed roof, a great hall and a labyrinth of period rooms, it has lived through 600 years of the city’s history, serving many purposes, including as a hospital, almshouse, World War II ambulance station and family planning clinic. Latterly it has been the home of Canterbury Heritage Museum, one of three museums managed by Canterbury City Council.

For some years it has been underused. Visitor numbers have steadily fallen from around 28,000 in 2010 to less than 9,000 in 2016/17, and of those only 600 were residents. That’s a pretty stark message, especially when compared with the 300,000 visitors each year who flock to our flagship museum, the Beaney House of Art and Knowledge, half of them locals.

The strain was felt by the whole museums service, jeopardising its stability and sustainability, not least because as visitor numbers fell the costs increased. The council had made efforts to reverse the decline, including investment in the visitor areas, a programme of events and better promotion, but these were sticking plasters on an arterial flow. Something radical was needed.

An internal review recommended consolidating the collections in two buildings, the Beaney and the Roman Museum, reducing the high cost of managing three city centre sites.

However, the building itself occupied such an important place in Canterbury’s history and landscape that closure was out of the question. We had to find a way to breathe new life into it.

The council wanted more people to enjoy the building and wanted the collections it housed to be more visible and more visited. The big question was how could we do this with shrinking budgets. We certainly couldn’t afford to invest millions in cultural infrastructure as we had done in the previous decade, contributing around £20m towards redeveloping The Marlowe Theatre and the Beaney.

Enter the Marlowe Theatre. The Marlowe, over the past five years, has transformed itself into a thriving cultural business with a commercial backbone, coupled with a strong and growing creative and community programme. The council had just agreed for the theatre to become an independent trust – something that the Marlowe team had been working towards for some time – and one of its plans was to relocate its expanding creative and community activities to a new building, where it would also work with partners to develop new writing and celebrate and promote better understanding of Canterbury’s literary heritage.

The Poor Priests’ Hospital presented itself as the ideal location for the new venture, so council officers, the theatre and the museum teams started work on what eventually emerged as a potentially game-changing project for Canterbury.

Supported by the financial advantages of the Marlowe’s pending trust status, along with grants, donations and projected income, the theatre will move its participation and creative activities from a smaller building into the Poor Priests’ Hospital this September, paying rent to the council. Working with partners it will then establish a writer’s centre, nurturing creative talent, establishing a children’s literature festival and expanding its support of new playwriting talent.

So far so good, but our ambitions went further than this. We wanted the Poor Priests’ Hospital to integrate the city’s heritage with contemporary practice, bringing arts, heritage and creative production seamlessly together for the benefit of the local community, visitors and those who support and work in culture and heritage. We also wanted to respond to those in the community who were concerned that the heritage experience would be lost.

The Great Place Scheme, a joint Heritage Lottery Fund/Arts Council of England placemaking scheme supported by Historic England, came along at just the right time. An East Kent consortium, including Canterbury City Council, the Turner Contemporary in Thanet and Creative Foundation in Folkestone, working through the Kent Cultural Transformation Board, made a successful bid.

Canterbury’s share of the £1.5m will enable The Marlowe Theatre and Canterbury Museums to deliver a transformational project, retaining key elements of the collection in the building, re-interpreted to tell the story of Canterbury’s literary heritage, and used to inspire and integrate with the creative programmes.

I’m delighted that something innovative and transformational has been born out of a problem we thought unsolvable. Collaboration allowed that to happen – between the councillors and officers, The Marlowe Theatre and our museums, between stakeholders who both supported and opposed the changes and between the consortium partners, who saw this as part of East Kent’s collective placemaking agenda.

It’s a cliché, but necessity really was the mother of invention. Timing was everything – the need, the opportunity and the funding all came together at the right moment. There is always some luck involved.

It’s never easy re-imagining what is tied up with history and identity, and there are some who will still mourn the loss of what the Heritage Museum was. What I hope is that it will become a vibrant centre fusing arts and heritage in new ways, a place where work is made and performed and where residents and visitors can enjoy the city’s rich past and take part in its dynamic contemporary culture. Given that we started by thinking we could neither afford nor justify running a failing museum, that would be an amazing result.

How have the arts been affected by recent changes in local government, and how can they be steered towards a thriving future? Have your say via ArtsProfessional’s short Pulse survey.