What should Tate have done differently? 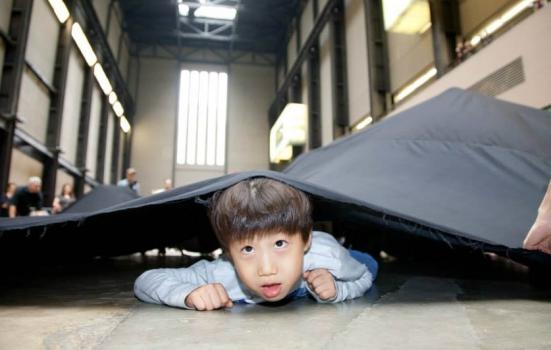 In September last year Tate faced an Information Tribunal to appeal a court order to reveal information about its sponsorship deal with oil company BP, following three years of freedom of information (FoI) appeals by arts and campaigning groups Platform and Request Initiative. The groups’ appeal asserted that Tate’s refusal to disclose certain sponsorship information was against the public interest, namely growing concern around oil companies’ environmental and human rights impacts, including climate change. The two specific issues under appeal were Tate’s historic BP sponsorship figures 1990-2006, and Tate’s heavy redactions of its ethics committee meeting minutes in 2010 and 2011, where the decision to renew its sponsorship relationship with BP was deliberated. This was in the context of BP’s 2010 Deepwater Horizon disaster.

Tate’s refusal to disclose the information through the original FoI request not only fuelled more media opportunities for those concerned by the oil sponsorship, but must also have been very costly to Tate in terms of time and lawyers’ fees. Furthermore, by initially refusing to disclose its ethical deliberations about renewing the BP relationship in 2011 (the announcement of a five-year renewal of BP’s sponsorship of Tate, Royal Opera House, British Museum and National Portrait Gallery was made in December 2011), Tate comes across in a less than transparent light. In December the tribunal judges issued their ruling that in the public interest Tate must disclose the BP sponsorship figures from 1990 to 2006, and that a great deal more of the redacted ethics committee meeting minutes – specifically its ethical deliberations on BP as suitable sponsor – must be unredacted.

So, what factors should have been considered when Tate was assessing the appropriateness of BP as a sponsor? Could a more rigorous process have operated? I was asked to consider the material now in the public domain as a result of the tribunal ruling and to comment on what these reveal about the governance approach adopted by Tate in 2010 in relation to the renewal of BP sponsorship. My comments relate not only to the past, as the five-year deal comes up for renewal in 2016. Tate is deliberating right now about the future of its BP sponsorship.

I found a surprising amount of inconsistency in meeting minutes and supporting documents about whether the financial support from BP was a charitable donation or corporate sponsorship. The funding was referred to in different papers using both terms. This is not just an issue of semantics as the differences between these two forms of funding are significant, not least in expectations and perceptions of them both within the two organisations and to external observers. Some of the comments made, for example, in the minutes of the ethics committee, suggest that BP’s support was viewed as if it was a series of charitable donations. Yet it is clear that the contributions were made not as philanthropic gifts, but as part of the profile-building corporate social responsibility and marketing strategy of the company. Hence, it was commercial sponsorship.

There are several references in the May 2010 ethics committee minutes where it seems to be suggested that a charity such as Tate would be acting outside its charitable purposes if the trustees chose to refuse an offer of funds: “Taking a moral stance on the ethics of the oil and gas sector, and the Canadian Oil Sands initiative in particular, is outside of Tate’s charitable objectives.” Such a position may apply in the case of a donation (though reputational risk could still influence the trustees’ decision), but does not seem to me to apply to whether a charity should seek (or accept) commercial sponsorship. The latter is a contract within which the charity provides services and marketing opportunities in return for payment – it is not a philanthropic donation.

For any discussion of the merits or otherwise of proposed or renewal of support from a commercial entity, the staff and trustees of a charity must all be clear as to the nature, terms and acceptability of the proposed funding or misunderstandings and confusion are likely, indeed inevitable.

Tate refers regularly throughout the papers to its confidentiality agreement with BP. This is used to justify not disclosing the terms or amounts of the funds in the sponsorship deal. Given that the use of the funds to support specific Tate activities has been given considerable prominence by both Tate and BP, it is hard to see what can be ‘confidential’ about the sponsorship agreement, except a wish by both organisations to conceal the actual amount of funding involved. The sponsorship agreement is not the product of some highly competitive tendering process or a commercial contract full of trade secrets or intellectual property issues. Why then is there any element requiring confidentiality? Surely it is in the interest of both organisations to be fully transparent about the relationship and to celebrate its achievements and mutual benefits, especially as it has been maintained for so long. It may be that in 1990, when the BP/Tate relationship was first established, attitudes towards transparency were different from those that prevail today. But that does not mean that they should have been maintained uncritically as each period of sponsorship was negotiated.

Even the Cabinet Office has recently asserted that an “overarching transparency principle” should apply in relation to contracts with public service providers and that there “should be a presumption in favour of disclosing information….commercial confidentiality being the exception rather than the rule”. The preamble to the government’s transparency principles, though focused on public service delivery contracts, has a direct relevance to commercial sponsorship of arts organisations: “Transparency and accountability of public service delivery is key as it builds the public’s trust and confidence in public services, enables citizens to see how taxpayers’ money is being spent and enables the performance of public services to be independently scrutinised.”

In the case of the Tate/BP commercial sponsorship agreement, it is hard to see how the relationship would have been harmed or undermined if such an attitude to transparency had been adopted. In considering the case for renewal of the relationship – in 2010 certainly, but probably some years earlier too – Tate could (and to my mind should) have proposed the adoption of a standard of transparency no less than that which the Cabinet Office sets out in its principles. And it should have resisted any imposition by BP of the continuation of whatever were the terms of the confidentiality agreement agreed for previous periods of the sponsorship deal. If that had been done, as we can now see, a huge amount of executive, trustee and legal time and expense dealing with the FoI challenge could have been avoided.

At a time when Tate was adopting a ‘vision’ to “become a leader in museum sustainability practice and to influence the entire sector towards more sustainable environmental practice,” there was clearly the potential for tension and controversy about seeking a renewed sponsorship deal with a company primarily engaged in oil and gas extraction – the more so in the same year as BP was at the centre of the Deepwater Horizon disaster in the Gulf of Mexico. To an outsider it seems curious that, when adopting the new sustainability vision, Tate did not simultaneously examine whether it could create opportunities to reinforce the credibility of the new policy by seeking out new sponsorship arrangements with companies that are wholly engaged in renewable or other environmentally sustainable activity. Not to do so – and at the same time to seek the renewal of a high-profile association with BP – exposes the governance of Tate at least to reputational scepticism about its commitment to the sustainability vision.

I could not find in the papers that I have read any discussion at board or committee level on what options might be available to match the adoption of the sustainability vision with the development of a complementary fundraising strategy and initiatives to seek new corporate partnerships with companies wholly committed to sustainability practices. It does seem to me that there has been a lack of a ‘joined-up’ governance about these issues within Tate – with what now must be perceived as expensive and counterproductive consequences.

The minutes and papers that I have seen emphasise strongly the long-term nature of the relationship between BP and Tate. This is indeed significant and worthy of celebration – but times and attitudes change. Papers prepared by the executive for the ethics committee acknowledge that consideration by Tate of the future relationship with BP should be reviewed in the “light of a continually changing environment”, but there is no indication that staff or trustees stepped back from the existing relationship with BP and asked themselves what stance they would take if in 2010, for the first time, Tate had received an offer of corporate sponsorship from BP or it was proposed that such sponsorship be sought. Rather than focusing so much on the longevity of the past sponsorship deal, it might have been better governance to assess the case for starting a relationship with BP in an era when issues about and attitudes to oil and gas extraction and climate change are so very different than when the original sponsorship deal with BP was negotiated. And at a time when Tate was seeking to present itself as a leader on sustainability and to influence the entire arts sector towards more sustainable practice.

David Carrington is an independent consultant and governance adviser.
www.davidcarrington.net

What should Tate have done differently?