My audience, our audience

A ‘big data’ perspective reveals that a quarter of so-called ‘new attenders’ aren’t new to the arts at all, and frequent attenders are exploiting ticket discounts aimed at engaging new customers. Stuart Nicolle and Hannah Mitchell explain what’s going on. 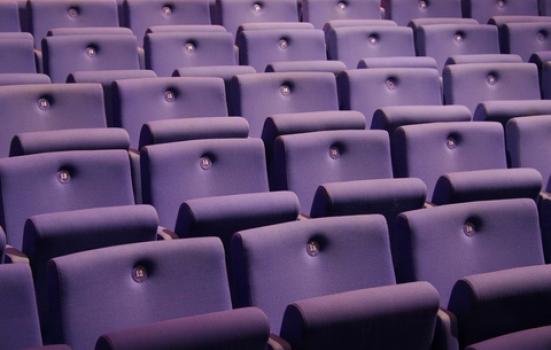 Back in the 1980s an award-winning TV advert for The Guardian involved a skinhead, a businessman and a pile of bricks. It ended with the message “It’s only when you get the whole picture you can fully understand what’s going on.” The same can be said of audiences. Whereas individual venues think they know their customers, what they really need is to see them as they see themselves – arts attenders who go to multiple venues to enjoy a range of events. Examining that, and looking at them as a whole, from a national perspective, can change everything we thought we knew about audiences.

In fact, analysis shows that venues are wrong about their customers' behaviour at least 20% of the time. Customers that we assume are ‘lapsed’ are visiting elsewhere and our ‘first timers’ are often active attenders, simply visiting us for the first time. Over the past 18 months, less than three-quarters of people described by venues as ‘new’ arts attenders are actually new. In other words, venues have been talking to over 25% of their audiences as if they were new, when in fact they have been active arts attenders elsewhere. And when you look at your active, super-regular customers, did you know that, on average, they visit between three and four venues over a 3-year period? Even infrequent customers, who you might think have attended only twice over this period, are likely to have attended an average of 1.5 venues. It’s clear that the competition is stiffer than we might think. Venues are sharing audiences not only with other leisure pursuits, but also other venues; and their customers may be normally choosing other venues over their own. Knowing this could have very significant implications for the emphasis of audience development strategies.

Meet ‘John Smith’. He has been a frequent theatre attender over the past 3 years and visited at least 12 venues in this time. He has made 30 separate visits and enjoyed a range of events. From a national perspective we can see that John usually attends in a group of 4 and spends an average of £128 on tickets for each visit. However the average yield per ticket at an individual venue level (dividing his total spend per venue by the total number of tickets he has bought) ranges from £17 to £94, suggesting that he is not price-sensitive. His loyalty is to the arts and not to a particular venue.

But how do venues see John Smith? From a venue perspective we see a different type of customer in each instance:

Let's take the venues that believe John is a lapsed customer. Might it help them to communicate more effectively with him if they knew that he is regularly spending £128 on visits elsewhere? Looking at his total behavior, and seeing that his spend varies significantly, could have been hugely useful to those venues, who could have optimised ticket price accordingly, confident that it would not have deterred him from attending. Truly understanding audience behaviour can lead to tangible increases in revenues.

Clearly it’s not practical to look at individual customers on an on-going basis, but using a ‘big data’ perspective gives that all-important context to audiences and potential audiences. Taking a macro view of the UK, we can see that once-only arts attenders are spending an average of £29 per ticket, which is more than active customers who on average paid £20. This demonstrates that active arts attenders are exploiting discounts that we use to try and engage with new customers. For the purposes of revenue maximisation, comparing the shift in average ticket price by different segments of our audience enables us to see where there is an opportunity to increase ticket yield. And also stresses the importance of not assuming that each new customer to your venue is new to the arts.

So whilst data collection can be a challenging business, we shouldn’t let that stop us adding real context to our current activity, at whatever level that may be. Viewing ticketing data from a national perspective enriches our audience understanding and puts our audiences centre stage. By pooling their data, arts organisations can not only make better judgments about their own audience, but as a sector we can improve our relationship with audiences in general. Working collectively gives us the context to challenge what our own data is telling us and ultimately communicate with customers in a way that can increase the number and value of the tickets we sell.

Stuart Nicolle is Solutions Director & Founder of Purple Seven, and Hannah Mitchell is Senior Account Executive. This article is the first in a series of articles on the theme ‘Insight into Audiences’, sponsored and contributed by Purple Seven.
www.purpleseven.co.uk

Purple Seven collects ticketing data for around 250 organisations, covering 70% of the UK’s ticket sales. All ticketed arts organisations can join FREE of charge, and receive a FREE quarterly report on their customers in context with the UK picture of arts attenders. For more information please contact: enquiries@purpleseven.com.

Going with the flow
My audience, our audience