In a room full of foreigners

UK membership of the European Union gives cultural organisations access to a wide variety of funds and initiatives. Why are we not bothered? asks Julie Ward. 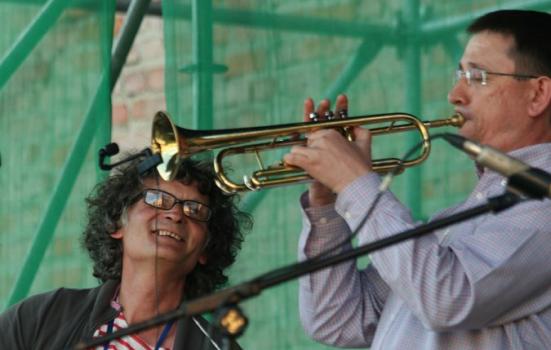 The forthcoming European elections on 22 May will be the most hotly contested for decades. In all forms of media, both mainstream and alternative, and also across social media, we are seeing a greater intensity of discussion and debate than is common for us Brits in respect of the ‘European project’. Highly contentious issues such as immigration, tax evasion, working time directives, employment rights, security, sovereignty and trade deals are being discussed, not only in political hustings up and down the country but also in meetings, social gatherings and around the kitchen table.

But in the midst of all this fevered and emotional activity how often do we hear of politicians or the electorate getting hot under the collar about the role of arts and culture to help shape our collective future, either in or out of the European Union?

Yet those working or participating in the arts should be concerned. The cultural sector is set to receive a 9% increase in European funding over the next six years, a total of £1.15bn as part of the Creative Europe programme which brings together arts and culture with the audio-visual sector in two sub-programmes designed to align with the 2020 European growth agenda (read AP article European Cooperation in Issue 269). There will also be a cross-sectoral strand with a financial guarantee facility intended to support greater entrepreneurial activity and lessen risk for micro-business and SMEs, along with greater transnational co-operation around policy.

When it can be bothered, the UK does rather well out of the EU in terms of culture

But do we care? For decades our ‘island mentality’ has hindered us from full participation in a wide variety of European initiatives. I have been engaging with Europe and the wider world for a long time, and often find myself to be the only Brit in a room full of foreigners all speaking my native tongue. My desire to look beyond our nation state borders has resulted in some extraordinary life-changing experiences, not just for me but also for my community and my collective of fellow artists. However, it is interesting to note that not one of the many European projects I have been involved with has come through the Culture Programme.

The British Council’s Youth In Action programme has supported an arts and citizenship summer school in Germany which brings together young people from across Europe (not simply those from member countries) to work collaboratively on European issues using theatre and music. My organisation Jack Drum Arts became the British partner by default, as no other organisation expressed an interest, and now we take young people from local further education colleges as well as from our own youth theatre. The participants’ understanding of their own place in the world along with increased skills and confidence has been crucial to their growth as well-rounded adults who can make a positive contribution to society.

At a personal level, I have attended numerous professional development training events, supported by the Grundtvig Lifelong Learning ‎programme, enabling me to access conferences, seminars and festivals in various European cities. These have led to the development of new projects as well as the implementation of best practice and opportunities for me to share my knowledge and gain recognition for the work I have developed over the past 30 years.

Work with neighbouring countries (Turkey, Ukraine and Moldova) has been particularly rewarding through participation in a Pan-European cultural management exchange programme called Tandem, curated by Berlin-based Mit-Ost with funding from the EU and a range of other partners including the European Cultural Foundation. Our Turkish Tandem partner runs a children’s art centre in Çanakkale and together we devised an environmental art project called Trashman which enabled children to share ideas about packaging and waste. Meanwhile, our Ukrainian partner ran a jazz festival in a castle near the Polish border. We became the outreach programme with a team of young musicians and a van full of musical instruments that we drove from northern England to the city of Lutsk and then to Chisinau, the capital of Moldova, for a celebratory Tandem festival in a specially requisitioned abandoned museum. These projects have enabled an invaluable two-way process with job shadowing and joint curation, among other things, as part of a year-long process to consider the role of the arts in relation to civil society and democracy.

Then there have been EU structural funds which can filter into the arts through a variety of means. LEADER funding (targeted at deprived rural areas) gave us the courage to take on an office manager for an initial short contract, a post that we have subsequently safeguarded through thick and thin for nearly a decade. ERDF funding, managed by an Arts Council England cultural sector development initiative, sharpened our business and fundraising skills. And there were more things we could have done, for example, via the Common Agricultural Policy, which supports the rural economy in more ways than just milk subsidies through diversification projects.

When it can be bothered, the UK does rather well out of the EU in terms of culture. Between 2007 and 2011 more than 200 UK participants in 176 transnational projects received funding from the EU Cultural Programme. Success rates for UK-led projects are very high compared to the other large European countries: up to 46% in some strands, and have been up to twice the European average. However, there are usually fewer applications from the UK than other large European countries. This has started to change just at the point where our membership of the EU appears to be threatened by the general disillusionment with all things political. In a recent government review of the balance of competences between the UK and the EU, there is a recognition that the EU offers a valuable opportunity at a time when other resources are drying up.

But it is not about and neither should it be about simply money. Our membership of the EU provides us with the chance to have a continuing conversation with our neighbours about who we are and how we might collectively solve some of the biggest challenges we are facing. At York Theatre Royal I recently attended a rehearsed reading of ‘Sadness and Joy in the Lives of Giraffes’ by Portuguese playwright, Tiago Rodrigues, as part of Café Theatre, a project that Company of Angels has been running with European partners. The play tells the story of a nine-year-old girl who crosses the city of Lisbon in search of the only person that can help her, the Portuguese Prime Minister. She, like her mother and the people she meets on the street, are all victims of a crisis they did not create and the child’s desire to ask our leaders to fix things is what we all wish to do.

Going forwards to 2020 with the new Creative Europe programme will require a substantial shift in thinking by arts organisations wishing to apply, as the previous focus on inter-cultural dialogue and integration is now missing from the criteria. Instead, applicants will need to demonstrate a more business-orientated set of objectives and do this in collaboration with partners from other European countries.

The UK review of competences referred to earlier seems somewhat at odds with this new hard-nosed direction, as it gives weight to the ‘soft power’ that culture can promote. However, there is encouragement in the familiar phrase ‘audience development’ which we know translates into ‘participation’ and that requires people talking to each other, which is ‘dialogue’. With the uncertainty surrounding Britain’s future membership of the EU I would suggest that we open up as many conversations as we can about potential benefits of the union to the cultural sector. Find out who the MEP candidates are in your area and what their interests and experience are, and ask questions about the issues that concern you. Culture Action Europe has produced a useful EU election toolkit. This is a process that is happening in other sectors and in this pre-election frenzy at least, arts professionals need to toughen up a bit and get into the fray. There might not be another chance.

Julie Ward is Founder-Director of Jack Drum Arts and is an MEP candidate for Labour North West.
www.jackdrum.co.uk
Twitter: @julie4nw

In a room full of foreigners