Arts Development UK’s latest survey on arts spending in local authorities in England and Wales reveals a "dramatic and changing picture". Pete Bryan and Judy Hughes set out their findings. 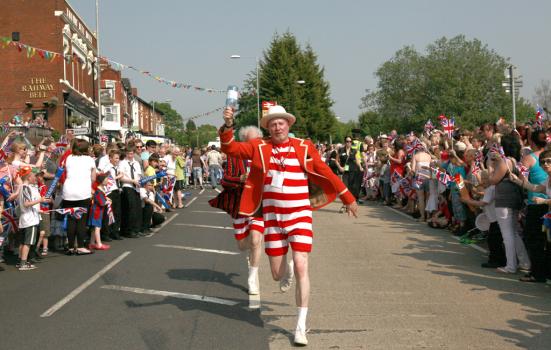 These findings are drawn from an online survey to all authorities in England and Wales, which this year was undertaken in partnership with the Arts Council of Wales (ACW). We received 73 responses, representing 30% of all authorities in England and Wales with an arts service. This was a comparable response rate to the 2012 survey.The survey enabled us to make a comparison of past trends and it focused on relevant contemporary issues such as finance, priority targets, partnerships and the relationship with other bodies including Arts Council England (ACE) and ACW. Responses to the 2013 survey reveal a dramatic and changing picture of the arts in local communities.

Smaller authorities are more vulnerable to cuts or closure

Jane Wilson, Chair of AD:uk and Director of Arts Development in East Cambridgeshire, commented: “The stand-out issue from this year’s survey is the increasing polarisation of provision, as more and more smaller authorities find themselves unable to maintain an arts service. Individual local authorities are making very difficult decisions, in each case with good reason, but the overall effect is having a critical impact on the potential for arts development at a national level. The skills and resources both to develop arts activities and crucially, to draw down other sources of funding, whether from sponsors, charitable-giving or earned income, are being concentrated in tighter and tighter areas, making the aspiration of great art for everyone far harder to achieve.”

The 2013 survey shows what is important to arts services:

The overall picture is one of declining resources and competition from other statutory and non-statutory services. Arts services are no different to other cultural services provided either directly or indirectly by authorities, and the downturn in the economy over the past three years has enforced major changes to the cultural landscape.

Evidence from authorities that took part in the survey suggests that there has been a further period of short-term stability to arts funding compared to the major cuts felt in 2011, but the downward trend continues with a reduction in arts budgets of 9.66% from 2012/13 to 2013/14. With more local authority budget reductions of at least 10% expected in 2015 as a result of the Comprehensive Spending Review forecast (and non-statutory services are expecting more substantial reductions than this), the situation remains bleak and arts officers are stoic about the effects of further spending assessments.

Local authorities are significant funders of independent arts organisations, especially in areas with few or no regularly funded arts organisations. Support for these non-RFOs (in Wales) and non-NPOs (in England) accounts for up to 10.75% of total arts spend. The average spending on RFO/NPOs continues to show a decline with a reduction in support of 9.9% from 2011/12 to 2012/13. But this funding is still substantial, comprising nearly a quarter of the total arts spends of local authorities.

It is pleasing to see that levels of leverage have increased from 2011/12 to 2012/13 with £4.04 now being raised for every £1 spent. This demonstrates the worth of partnership-working, both internal to the authority with other departments and services, and also in more lucrative external partnerships. There is continued pressure on local authority arts services to bring in more funding, as intensive forms of economic indicators are used and the pressure to bring in more partnership and leverage funding is often an additional pressure on already reduced services.

In summary, 2012/13 is the third year under the coalition government’s financial settlement and the survey demonstrates that after a major funding shortfall in 2011/12, which resulted in many closures, we continue to see efforts to maintain short-term stability. However, the continued economic climate has resulted in extreme financial pressure to all local authority services. The full extent of the impact the recession has had on arts services will need to be monitored year on year, as will the impact of the move towards outsourcing and alternative means of service delivery.