Julia Rowntree, with Russell Willis Taylor and Anna Ledgard, reveal how a focus on practical and effective ways to create real value can sit at the heart of successful fundraising 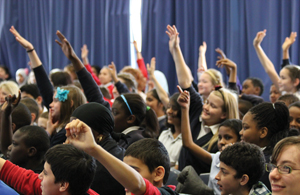 Philanthropic giving is again top of the UK arts’ priority list and organisations are being encouraged to emulate the tactics, apparent efficacy and universality of individual philanthropy in America. At the same time, envious glances towards the UK’s mixed economy are coming our way from the US. For sure there are wealthy individuals in significant numbers in the UK just as in the US. Some give to arts activities and some do so generously. If, however, organisations focus solely on engaging the most visibly wealthy, they can end up empty-handed. Worse still, these efforts risk providing elite servicing at the expense of engagement across social lines, fostered by artistic programmes and publicly accountable subsidy.

Twenty years’ experience of plural funding in the UK, philanthropic giving and arts learning on both sides of the Atlantic has convinced us that what is required is not more American techniques but a new understanding of the possibilities inherent within a British approach. Conviction that more effective and culturally appropriate answers lie not over the water but under our feet in the UK prompted us to test a philanthropy counter-narrative last October at ‘Defining Values’, a seminar involving 15 arts organisations. We took as given that philanthropy would only increase dramatically in the UK in the short term if a more favourable tax regime were to be instituted: the gift of government alone. Organisations are already highly skilled at tapping existing sources of support, so new value can only be created through relationships managed through closer alignment between development and learning departments. Common ground for constituents is vital if the arts are to renew their role in the current economic landscape, improve their adaptability to changing realities and contribute to wider social resilience through collective values. There is a need to enrich language and ideas promoted on the arts’ behalf and reach greater understanding of the social processes inherent in fundraising itself. The impetus has first to come from the arts themselves, focused on practical and effective ways to create real value through the arts while sustaining varied revenue streams.

The seminar convened teams comprising Chief Executives, Heads of Learning and Heads of Development from arts organisations across London: Arcola Theatre, B3 Media, Battersea Arts Centre(BAC), English National Opera (ENO), Iniva, National Portrait Gallery, The Place Theatre, Project Phakama, Roundhouse, Serious, Somerset House Trust, Sound and Music, South Bank Centre, Tate, and Theatre Royal Stratford East. Building on their core competencies and sharing what, if any, lessons about fundraising in the US might be useful, participants were invited to embark on experiments to create new value. Outcomes were reported at a March 2012 meeting at the Esmée Fairbairn Foundation.

Taking inspiration from the Victorian town hall building in which it is based, BAC is working on bringing fundraising further into the creative embrace of the organisation by reviving the Victorian fundraising fair with neighbouring residents and voluntary sector institutions. As a first step, historian Frank Prochaska was invited to give a lecture about realities behind stereotypes of Victorian philanthropy. He highlighted how community-building, creativity and civic apprenticeship emerged as by-products of associational philanthropy – giving by everyone, not just the wealthy.

The ENO team chose to focus on audience development to underpin their experiment. An appeal was based on taking full orchestra and singers into schools to give young people their first taste of opera. Completely new potential donors from amongst ticket-buyers and the ENO database were invited to contribute at a modest level of £50. Results currently stand at £18,000. ENO realised their existing audience was a resource for development of artistic activity, further audience development and fundraising.

The National Portrait Gallery, following many years of successful partnerships with the National Trust, was keen to test how a new level of partnership might develop. The Gallery team analysed various elements of the relationship with the Trust and used this as the basis of a new approach, which led to a crucial presentation at the Trust’s annual conference for the property managers. The Gallery knows that successful partnership with the Trust has the potential to reinforce various strands of fundraising.

International youth organisation Project Phakama has had to be extremely enterprising to cover costs. For example, Phakama asked shops in Peckham to donate shoes for a show called ‘If I were in your shoes’. These were subsequently auctioned: the stories increased the value of the shoes. Phakama decided to run auctions in the future and in collaboration with other organisations. As part of a creative apprenticeship scheme, their young apprentices will receive fundraising training.

Paddy Chatterton, Head of Development at Iniva, commented: “The seminar gave examples where fundraising, learning and leadership worked together to develop incredibly valuable activity in terms of income, profile and audiences. It made me realise the importance of a strong dynamic between these areas.”

The seminar was hosted at Somerset House and funded by Fidelity Foundation US, Fidelity UK Foundation and the Esmée Fairbairn Foundation. Discussions are underway regarding support for seminars at other UK regional centres.