A 70k shortfall in subscribers has forced Canvas to switch focus from commercialising videos to providing digital services and training. 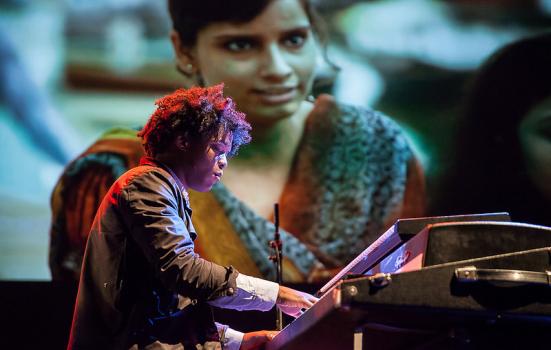 A performance at Southbank Centre, a Canvas partner
Photo:

Low subscriber rates, minimal commercial opportunities and barriers to entry for arts organisations have forced Arts Council England (ACE)’s £1.8m Youtube network for the arts to readjust as it enters its final year of funding.

Canvas will no longer require arts organisations signing up to the network to hand over their video rights, and has switched focus from commercialising videos to providing digital services and training.

“One of the major learnings of year 1 was that the international Multi Channel Network (MCN) model that underpinned the initial strategy was not going to be sustainable on the basis of ad revenues, particularly in niche areas like the arts,” Dan Watt-Smith, Canvas' Project Director, told AP.

“We are currently considering the options for the next phase of the project. Rather than relying on ad revenues, we see potential for sustainable revenues coming through smaller ‘branded content’ sponsorship deals rather than through the projected ad incomes and major ‘naming rights’ sponsorship deals that underpinned the original (very ambitious) strategy,” he continued.

Digital Agency Brave Bison (formerly Rightster) was awarded three years of strategic funding for Canvas in 2014. The resulting Multi Channel Network – which both creates content and cross-promotes videos from a variety of existing arts channels – was launched in September 2015 as an “action research project” to make digital arts content “more discoverable and engaging to audiences”, and to “support the skills and digital capacity” in the sector.

Though the MCN currently has 86 partner organisations, and hosts content from “7 of the top 20 NPOs” on Youtube, large arts organisations such as the National Theatre, Tate, the Royal Opera House and Shakespeare’s Globe have not signed up.

Watt-Smith suggested this was because of the channel’s previous entry requirements. “As most arts organisations do not monetise their videos on YouTube (i.e. run ads before them), they were concerned about this aspect of the MCN model, along with the transfer of rights that MCNs by nature require,” he told AP.

“By removing both these elements of the agreement, we are focusing the relationship on the services we provide to the network rather than the potential (and in reality minimal) commercial opportunities for Brave Bison. There are no conditions for membership in year 3, other than an agreement to cross-promote content from other partners in the network.”

Canvas has also witnessed a 70k shortfall in subscribers against initial targets set in 2015, with ACE labelling the targets “unrealistic” and in need of revision.

Watt-Smith defended the current subscriber level, saying the initial target was a reflection of the aim to attract large sponsorship deals, rather than a result of benchmarking the subscriber numbers achieved by other arts channels on Youtube.

He said doing so would have resulted in a much smaller target from the outset. In context, he added, Canvas’ MCN fits among the 15 most-subscribed National Portfolio Organisation (NPO) Youtube channels.

“One of the learnings from the project is a more realistic understanding of the speed at which a YouTube arts channel can grow, and the scale that it might reach, alongside an understanding that a generic arts channel will struggle to engender the sort of loyalty that leads to subscribers,” Watt-Smith said.

He added that Canvas had surpassed the 12 million baseline target for views across the network, saying there had been 20 million views since the channel was launched. Although he accepted the difficulties in attributing the growth to Canvas’ input alone, he pointed to in-person and online training delivered by Canvas as proof of a contribution to an uplift in organic views across the network.

The comments mark a change in tone from 2015, when Rightster’s Simon Walker told AP about ambitions for the MCN to trade in billions of views, rather than millions, and to become a commercially viable network that arts organisations would need a serious reason not to be part of.

However, Canvas appears popular with some users: Watt-Smith told AP that a survey of organisations that participated in the first year found the vast majority responding that training was either helpful or very helpful, and that they were more likely to create video output for social video platforms as a result of training.

NPO Rifco, which hosted a comedy series on the network, told AP: “We saw a 70% increase in views of our channel content following the comedy series we did with Canvas. We have also seen an increase in male viewers.”

The organisation also told AP it had found the ‘health-check’ very useful in helping assess current content, and said the MCN is a “great place to bring together arts organisations”.

Canvas intends to build on this by launching an online portal of downloadable training resources, planning and collaborative tools, and a base for its monthly insight reports.

It also intends to expand its reach by bringing 150 arts organisations into the network by the end of the grant funding period, and by developing strategic relationships with organisations such as BBC Digital Arts and The Space.

An independent evaluator will be publishing a summary evaluation after the grant period finishes in March 2018.