Teacher of the year: ‘We must make parents value arts in schools’

The comments, made at a panel event on arts education, come as the RSA launches a new network of cultural practitioners to better support the use of evidence in education. 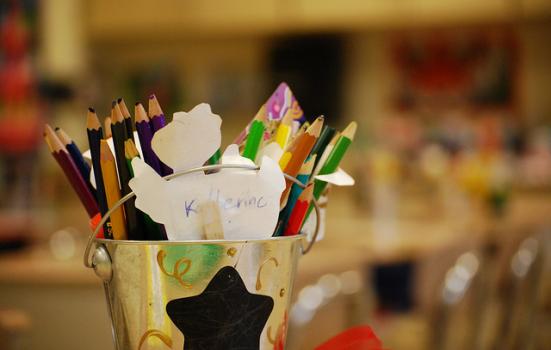 nick.amoscato on Visualhunt.com / CC BY

The arts and education sectors must collaborate more deeply to ensure parents value arts subjects and encourage their children to take them, or take up will continue to decline, Global Teacher of the Year Andria Zafirakou has warned.

She urged the creative industries to come into schools to discuss their work and called for society to develop strong answers to the question: ‘What is art gonna get you’?

The comments were made at a Royal Society of the Arts (RSA) event earlier this week on arts and education, also attended by speakers including Arts Council England (ACE) Chief Executive Darren Henley and education journalist Laura McInerney.

They coincide with the launch by the RSA of a new network of cultural practitioners to champion evidence and evaluation in education.

McInerney, formerly Editor of Schools Week, said that while there is a lack of evidence about the specific benefits of studying arts as opposed to other occupations, such as playing chess, she stressed there is evidence that the creative arts build confidence and are good for employment.

But the arts are nonetheless vulnerable in schools, she says, because they rely on specialist teachers and have a relatively small place in the curriculum.

She stressed the biggest risk for the arts is therefore a timetabling issue, as it is unlikely that a Music teacher would be able to teach Art, while it’s common for a History teacher to be directed to teach Geography or Religious Education.

She called for arts organisations to appreciate this delicate balance when trying to organise external trips, and to adapt their in-school offer to the complex and specific requirements in schools.

Henley stressed that arts subjects are “rigorous and valuable” and that “every child, from every background, should have an opportunity to learn them right the way through their schooling”.

Comparing the messages put forward by state and private schools, he noted that the first thing you see on the websites of some of the most expensive schools in the country is the fact that they teach children music, dance and the arts from as young as three years old.

The RSA aims to bridge the apparent evidence gap in a £2.5m trial that will involve five projects across 400 schools, focusing on drama, music and writing to improve academic and social performance.

It has also announced the launch of a new ‘evidence champions’ network, billed as an opportunity for local practitioners to spread the work about the value of evidence and evaluation.

In partnership with ACE bridge organisations, 100 champions will be drawn from schools, cultural organisations, funders and Higher Education to exchange new perspectives on learning from evidence and improving outcomes for children. They will be the first group to engage with evidence from the £2.5m Cultural Learning Trials, and will be given access to expertise and technical knowledge through monthly webinars, regular face-to-face training and RSA-developed resources.

The deadline for applications to become an evidence champion is 30th June.