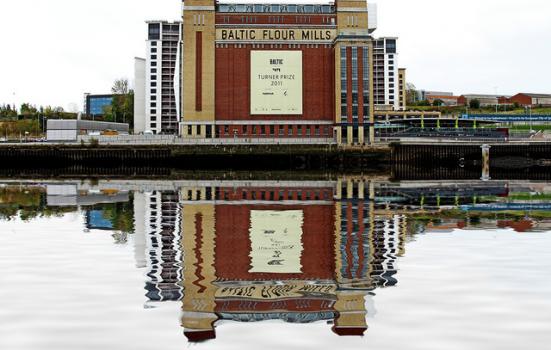 The Baltic Centre for Contemporary Art failed to report ethnicity data for a single employee
Photo:

Women and those who identify as black or minority ethnic (BME) or disabled are underrepresented in senior roles in the arts, Arts Council England’s (ACE) latest diversity data report has concluded.

It also finds that while the number of disability-led, BME-led and LGBT-led National Portfolio Organisations (NPOs) has increased since last year, the “most privileged in society” are over-represented in NPO audiences.

But concerns have been raised over the validity of the workforce data collected by ACE, due to high proportions of undisclosed information about the ethnicity, disability status and gender of employees, particularly those in senior positions.

The data emerges from ACE’s second annual report on diversity in the arts workforce, which looks at permanent, contractual and voluntary staff at NPOs and Major Partner Museums.

It collates data on those in leadership positions for the first time, finding that although women made up 55% of the total workforce in NPOs in 2015/16, only 40% of chief executives, 28% of artistic directors and 32% of chairs were women.

Those who identified as BME were similarly underrepresented in senior positions, despite making up 17% of the total workforce: just 8% of NPO chief executives, 10% of artistic directors and 9% of chairs were reported to be BME.

4% of the NPO workforce identified as disabled, which rose slightly to 5% across all leadership roles, but is still significantly less than the 19% of the working population which identifies as disabled, according to the report.

Although the most represented age group was 20 to 34 year olds, which made up 29% of the workforce, the percentage of the arts workforce aged 35 to 49 was found to be 10% lower than the country as a whole.

Concerns have been raised about the quality of the data, with Arts Council Chief Executive Darren Henley saying he was “extremely disappointed” by the high proportion of respondents choosing not to reveal information.

Over 30% of responses to questions about the gender, disability and ethnicity of artistic directors were ‘prefer not to say’.

Two NPOs with over 50 permanent members of staff – London Symphony Orchestra (LSO) and the Baltic Centre for Contemporary Arts – failed to report ethnicity data to ACE for a single employee.

“Credible data is crucial to our case for public investment,” said Henley. “It’s expected from us; so we must expect it from the sector as a whole.”

Dr Mark Taylor, a lecturer in quantitative research methods at the University of Sheffield, said the degree of not reporting was higher than expected and questioned ACE’s apparent reluctance to compel organisations to provide the data.

He said: “I think it’s interesting that so few artistic directors are willing to fill out a simple form, and it seems outrageous that if you’re taking millions of pounds from ACE you’re not even willing to tell them the gender of your artistic director, but if ACE isn’t willing to push back on nonresponse they can’t really identify how far leadership in the arts has a similar profile to that of the arts workforce.”

Dr Eleonora Belfiore, Professor of Communication and Media Studies at Loughborough University, added: “By obscuring a third of the sector, any picture emerging will necessarily be incomplete and would make any assessment of the effectiveness of diversity policies impossible to assess (and blame impossible to apportion).”

The LSO confirmed it plans to “develop more formal processes to track staff’s diversity from now on”, but the Baltic failed to respond to AP’s questions by the time of publication.

ACE confirmed that it would be including the ‘prefer not to say’ option in next year’s survey. It said that while it “can impose conditions on organisations to submit returns”, it cannot force respondents to disclose classifying information.

“We strongly encourage organisations to submit as full a data set as possible with actions being taken if returns are not submitted,” an ACE spokesperson said. “We want to work with organisations that aren’t submitting good data sets (for example, those submitting high numbers of ‘unknown’ for questions around ethnicity), exploring why this is might be the case and help them make improvements though ongoing conversations with our relationship managers.”

It said the failure to submit annual returns by an agreed deadline would result in the scheduled payment to NPOs being withheld.

The diversity report also includes data from the Audience Agency on the socio-economic profile of audiences. It finds that over a third of audiences to ticketed NPO shows were from the top two ‘social grades’ last year. The three highest social grades were over-represented in such audiences, and the lowest grades were underrepresented.

For non-ticketed NPO events the percentage of audiences in the top two grades fell slightly, although the privileged in society remain over-represented.

The report reveals that 95% of NPOs received a Creative Case diversity rating of ‘met’ or ‘good’. 30 organisations were rated ‘not met’, with ACE confirming that at least one of the larger NPOs with over 50 permanent staff received such a rating.

ACE announced in its 2018-22 investment guidelines that it will be moving to a four-point scale to assess NPOs contribution to the Creative Case for Diversity: ‘not met’, ‘met’, ‘strong’ and ‘outstanding’. NPOs that receive more than £250k a year in funding will have to commit to achieving a rating of at least ‘strong’ by October 2021, to avoid potential sanctions.