Around 40,000 historic instruments, including the world’s only octave contrabass serpent, are to be made publicly available via the Royal College of Music’s new online database. 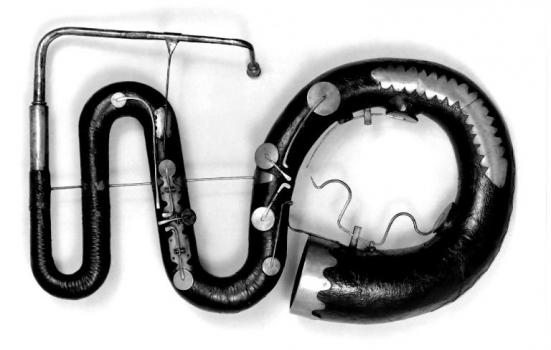 A new online database of historic instruments is to be created by the Royal College of Music (RCM) as part of its ongoing digitisation initiative. It will allow the public to find out about 40,000 individual instruments held in more than 100 musical instrument collections in the UK, including the world’s only octave contrabass serpent.

The project, MINIM-UK (Musical Instrument Interface for Museums and collections) – a partnership between the Royal Academy of Music, the Horniman Museum and Gardens and the University of Edinburgh – has received support from both the Higher Education Funding Council for England Catalyst fund and the Google Cultural Institute, which works to digitally preserve ‘important cultural materials’ internationally.

The collected data will be added to the already accessible and online MIMO, the European Commission-funded project that presents the collections of over 20 museums online, and Europeana, the site displaying millions of digitised items from libraries, archives, audio-visual collections and museums. The public will be able to access information, and in some cases listen to and see images of the instruments, at any time, guaranteeing access to the institution’s collection during the revamp of its Kensington buildings.

RCM is also working with the Google Cultural Institute to create a virtual exhibition of the RCM’s 104 sculptures, 4,000 prints and almost 20,000 photographs, which will be launched in early December.

MINIM-UK is to be completed and made accessible by August 2017.