Screened versions of live performances are mostly made by large organisations and consumed by those that would attend the arts anyway. 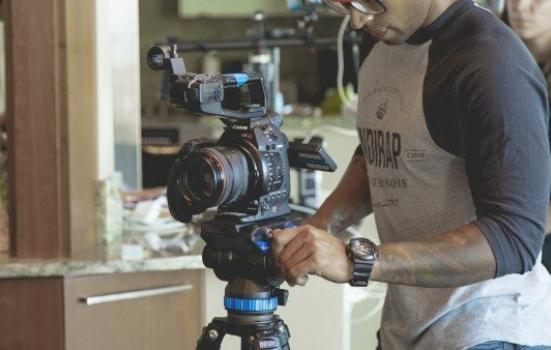 The growing trend of digitally capturing live arts performances and showing them online or in cinemas, community centres and village halls around the country is not yet attracting audiences different to those that attend similar events in person, new research has found.

These ‘live to digital’ screenings – which happen either at the same time as the actual performance, or afterwards – were nevertheless found to be popular. Organisations hosting the screenings and the people attending them expressed an interest in this continuing – although a wider take-up is challenged by ongoing capacity and technological barriers across the sector.

The findings emerge from two separate pieces of research: a report for Arts Council England (ACE) by MTM consulting, assessing the overall state of live to digital arts across England, and a review of an 18-month project by Cinegi, a digital distribution service, providing cultural content to venues outside of mainstream cinemas.

MTM’s report covers a broad range of arts including opera, music, dance, and museums, but it excludes theatre, which was examined by a previous study in 2016.

Both the new reports note a desire among arts organisations to use the technology to reach larger and more diverse audiences – and in particular, to reach people put off attending arts events because of cost and a requirement to travel large distances.

While audiences for screening overall are found to be slightly more female, rural and socially diverse than those at live events, the MTM report concludes that people consuming “real world” arts and culture and screenings are demographically very similar.

Similarly, although over two-thirds of Cinegi screenings were held in areas with lower access to arts venues, the report concludes that audiences for screenings “were as likely to engage in live opera and plays as the national average” – and were mostly white and retired.

Screenings were found to be more prevalent among performing arts organisations. Music, dance and opera lend themselves to digital capture, whereas museums and galleries “have to work harder”, says the MTM report.

Online platforms such as Facebook and YouTube were the main methods of distribution, used by 96% of organisations who engaged in live-to-digital activity in 2016/17 – followed by showings in physical venues and on TV. Organisations engaging in the practice were mostly larger, with a turnover of over £100k per year.

Echoing the study of live to digital theatre in 2016, MTM’s report concludes there was little concern about screenings “cannibalising” audiences, with no organisations that offer live to digital content saying audiences attended fewer of their real-world performances. But the report does not cover the views of organisations that do not screen their own work, yet find themselves competing with screenings for bookings at venues offering live-to-digital activity. These were the organisations that expressed most concern about potential conflict in previous AP research.

The Cinegi assessment finds that 4,000 people attended 117 screenings in England, Wales and Scotland across the 18-month period. This was “significantly lower” than initial projections, which were to reach 31,150 attendees through 1,650 screenings.

The report suggests that the primary issue was a lack of traction with promoters, given that most promoters took 5 months between signing up and making a first booking, and then between two and three months to show a performance.

There were also technical issues, with almost half of screeners identifying the requirement to have Windows 10 as a barrier.

A wide range of support, beyond the basic provision of content and a reliable technological service, “was often needed”, including help setting up screenings, curation and marketing. The report urged digital distributors to look at how rural touring networks develop profitable business models to help them learn how they could tailor their services in the future.

“The major players in live-to-digital theatre have proven that there is a market, but getting the whole ecosystem and supply chain incentivised to participate still remains a challenge to realising the full potential of digital to showcase artistic content throughout the UK,” concluded a blog by Nesta, one of the research partners for the Cinegi report.

Good insightful article..though I noted that technical issues and cost were cited as major barriers to entry for many organisations...including Windows 10?! Without wishing to use this forum as an advert, we have a professional level easy to use live stream system that is already in use by and at a number of UK theatres...if anyone wants any info, please visit www.streamer-live.com