The number of students taking Art and Design has increased, but campaigners said it is “not enough to correct several years of long-term decline in uptake”. 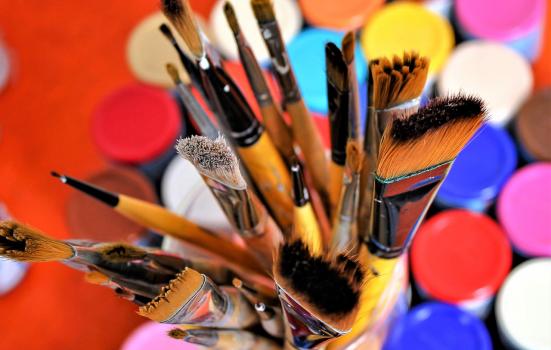 The number of students in the UK sitting GCSEs in creative subjects is continuing to decline, according to figures published by the Joint Council for Qualifications (JCQ).

The figures show that:

Increases in some subjects

There were, however, some overall increases. Performing and Expressive Arts saw an uplift of more than 8%, although from a much lower base than other subjects. This year’s total was 9,351, compared to 8,646 in 2018.

The growth comes after Ofqual revealed in June that entries for GCSE Dance had gone up by 8% for the 2018-19 academic year. The sector support organisation One Dance UK reported at the time that over 200 new schools now deliver the qualification in Northern Ireland, England and Wales.

The biggest uplift in GCSE entries was for Art and Design, by far the most popular of the creative subjects. It was sat by 195,928 students, an increase of 9.5% on the previous year. While the percentage increase for boys (10.1%) is slightly higher than among girls (9.2%), the gender imbalance in the subject remains stark, with twice as many girls sitting the subject.

A statement from the Department for Education said that there were approximately 5.2 million GCSE entries this year, with provisional data suggesting 4.2 million of these were for subjects included in the EBacc – the controversial performance indicator used in schools in England which includes English language and literature, Maths, the sciences, Geography or History, and a language.

Deborah Annetts, Chief Executive of the Incorporated Society of Musicians (ISM) and founder of Bacc for the Future, which campaigns against the EBacc, said that the uptake in Art and Design, although welcome, “is not enough to correct several years of long-term decline in uptake, nor the issues within the art and design teacher workforce and diminishing curriculum time”.

She expressed particular concern about the continued drop in the numbers sitting GCSE Music, which she said has “fallen by 18.6% since 2014”.

She continued: “We urge the government to rethink their failing EBacc policy, which has narrowed the curriculum and is putting creative subjects in schools at risk.”