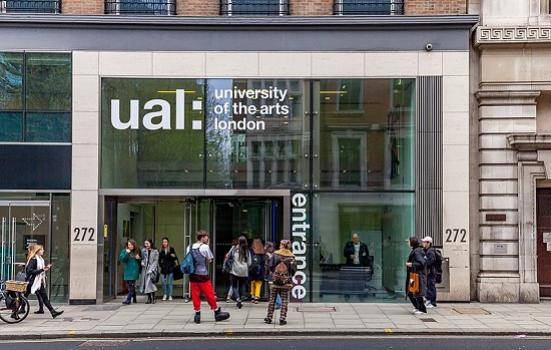 Nearly three quarters of the financial hit to arts universities would arise from lost income at University of the Arts London
Photo:

The UK's arts universities could lose a £25m if international student numbers fall significantly in the coming year.

Analysis from money.co.uk found that international students from outside the European Union account for 13.8% of all arts students in the UK, paying an average of £18,705 per academic year.

Without any international fees, the 15 arts universities analysed stand to lose £125.86m from more than 6500 students.

But even an 20% drop in students from abroad would trouble institutions' finances, with £25.1m lost.

University of the Arts London, where almost third of students come from outside the EU, would be the hardest hit, losing at least £18.6m.

A decline in global travel, restrictions on gatherings and events, and uncertainty about how social distancing will be maintained pose financial risks to all UK universities.

But Salman Haqqi, Personal Finance Expert at money.co.uk, said arts universities will be among the worst affected because of their high numbers of international enrollees.

They also perform well in international rankings, making them particularly vulnerable to the expected crash in the export education market.

"The impact of these losses is still largely unknown and will depend on the profitability of each university," Haqqi said.

"In the short term, the IFS suggests that universities may have to make significant redundancies in order to claw back some of their losses.

"Thankfully, those likely to be most affected by coronavirus losses are also those who will have the largest financial buffers and are therefore at lower risk of insolvency.”

There may be hope yet: figures from the Universities and Colleges Admissions Service (UCAS) released last month showed international enrollments were in fact up by 2% on 2019.

Applications from students within the EU to join UK universities have fallen by 13%, despite 2020 being the last year these students can pay the same fees as domestic students.

UCAS has emphasised that these figures are not final and that some international students have put their offers on hold.

However, more international applicants may be accepted once universities receive their qualification results.

Correction: An earlier version of this article stated that arts universities could lose £100m, with £74m of that loss at London University of the Arts. money.co.uk based these figures on an 80% decline in international student numbers, a projection it incorrectly attributed to the British Council. The council predicted a 20% decline. The figures in this article have been updated to reflect this.