Channel 4: Will sale 'dilute creativity' or 'deliver creative dividend for all'?

Ending 40 years of public ownership may be more likely to harm the arts in the long term. 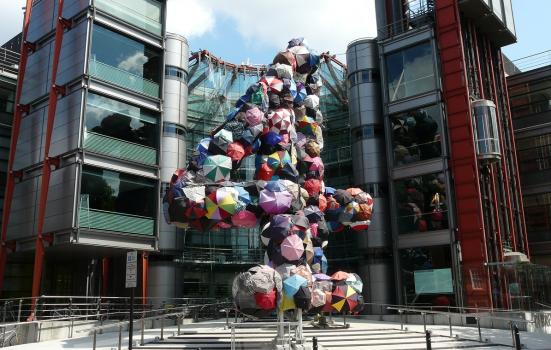 Selling Channel 4 could reinvigorate its contribution to British culture and raise millions for the sector or harm the levelling up agenda by kneecapping creative companies.

Politicians and professionals have been at odds this week over Culture Secretary Nadine Dorries' decision to sell the network, with complaints about it being pointless and politically motivated drowning out arguments to the contrary.

Echoing discontent over the BBC licence fee freeze, unions have labelled the sale as "cultural vandalism".

Scottish Culture Secretary Angus Robertson too was among the critical voices, saying privatisation will "dilute Channel 4’s focus on creativity and public benefit, substituting this for a focus on commercial shareholders".

"It is not the way to secure Channel 4’s continued success and contribution to the UK’s creative industries."

The broadcaster itself says the plan is an own goal for the Government: it has committed 50% of its programming spend to regional content by 2023 and said it presented DCMS with "a real alternative to privatisation" during consultation that shored up its value to the creative industries and wider economy.

"We saw some of the UK’s largest independent producers setting up in the region or expanding their presence, alongside new production and studio facilities, plus significant financial support from the public sector," she wrote to Dorries.

"Is this not levelling up in action?"

Dorries, who hopes the sale will raise £1bn, said that money will be reinvested in the creative sector.

She further suggested proceeds will bolster "independent production and creative skills in priority parts of the country, delivering a creative dividend for all". However, a white paper outlining the sale plan is yet to be produced.

Analysis by EY last year indicated the channel contributed about 2,400 jobs and nearly £992m to the UK economy in a single year, surpassing the value of Dorries' sale estimate.

But it's possible another owner could do better. Writing in the Telegraph, former Channel 5 Chief Executive David Elstein said that with greater efficiency, the broadcaster "could have been paying dividends to the Treasury of over £100m a year for decades".

He argued there is room for Channel 4 to play a larger and more distinctive role in British culture by ringfencing at least £20m per year for arts programming.

"A substantial commercial purchaser should have no difficulty in contractually committing to its expanded remit whilst also shielding it from economic headwinds."

Debates over how best to preserve the public service role of Channel 4 similarly go around in circles.

The sale could have knock on effects for British performers and creators if specialist programming commitments are not part of the sale conditions.

Channel 4 has produced popular shows such as Black Mirror, Skins, Peep Show, the IT Crowd, and Shameless, which provide a crucial platform for UK creatives, whilst also presenting programmes like Grayson's Art Club, works from which are now being exhibited in Bristol.

On its website, it describes its arts offer as appealing to peak-time audiences by tackling subjects that would otherwise be a late-night documentary series in more accessible ways.

"We ask them not to turn their attention inwards on the arts world... but instead to look outwards at the world at large.

"Engaged arts programming that jumps straight into the middle of the national conversation without compromising the seriousness of the work is part of a long Channel 4 tradition."

Unlike the BBC, Channel 4 does not have a dedicated Head of Arts and commentators have suggested the network's strength lies instead in "low brow" shows like Naked Attraction.

However, the Beeb's staffing structure and statutory obligation to specialist content hasn't prevented a decline in original arts programming over recent years, with the number of reruns up for the third consecutive year in 2021.