New arts and classical music content has fallen for the third consecutive year as the broadcaster restructures its offer. 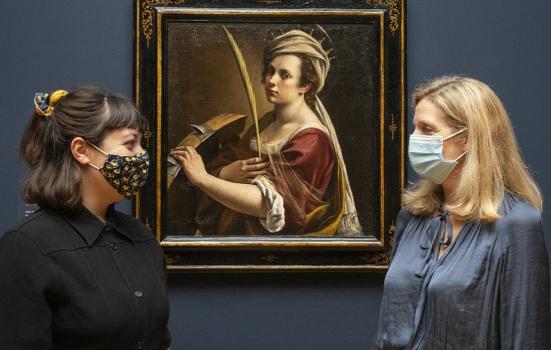 Hours of arts content on the BBC are steady - but there are more repeats
Photo:

Original arts programming on the BBC is in decline.

Repeats have grown for the third year running from 87% to 89% of "at risk" content, an annual report by regulator Ofcom has found, warning repeat programming could increase further still as the BBC's arts offer is restructured.

The broadcaster acquired a glut of arts content from other sources last year as Covid-19 caused production delays, and directed more money towards new drama, entertainment and news.

It says is still committed to doubling its investment in arts and music programming on BBC Two following changes to its arts provision.

"The BBC is committed to providing the best arts and classical music for all audiences, offering a broad range of content from our extensive Culture in Quarantine programming to the BBC Proms and forthcoming series and singles such as the landmark British Creativity, Mary Beard’s Forbidden, a three-parter on Andy Warhol and docs on Quentin Blake and the Kanneh-Masons to name a few," a spokesperson said, noting the corporation invests more in UK content than any other broadcaster.

However, Ofcom said it would be "concerned" if acquisitions formed too large a part of the BBC's content.

It warned: "Investment in original UK content by the BBC is critical for delivering distinctiveness, particularly in the provision of at-risk genres such as arts, music and comedy, which are less likely to be provided by others, and where the BBC’s spend has declined more rapidly than in other genres."

An overhaul of BBC's arts offer earlier this year combined music, arts and factual programmes into one department under the directorship of former BBC Two Controller Patrick Holland.

The organisation says it plans to fund more arts content on BBC Two "as well as having a continued commitment to performance on BBC Four", making the channel "the home of the most distinctive content from across the BBC’s archive".

Indeed, the BBC exceeded its quotas for prime-time arts content last year: BBC Two broadcast 290 hours and BBC Four had 229 hours against a target of 175 for each.

A fifth of original 'informal learning' content hours were arts and music related, compared to 37% for documentaries and 17% on nature and wildlife.

However, informal learning programming hours fell 12% last year and 11% across the two years prior - the difference of about 180 hours a year since 2017.

Ofcom said that whilst the volume of arts programming has remained broadly stable, spending on first-run arts and classical music content is down.

These genres have also had "some of the largest falls in [original programming] hours over the last few years".

"Such programming may have smaller audiences but be highly valued by those who do watch or listen to it."