BBC cuts prompt an internal restructuring that will link classical music with arts and factual programming and remove a layer of experienced management. 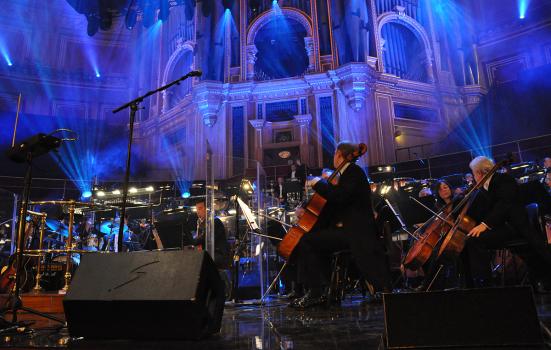 A radical overhaul of the BBC's arts provision will merge classical music, arts and factual programmes under a new stucture headed by BBC Content.

The restructure will remove the role of Director of Arts. Jonty Claypole, the postholder for the past seven years, will leave this month.

The role of Director of Radio and Music held by former Culture Secretary James Purnell has also come to an end. He was dropped from the BBC board by its new Director General Tim Davie and joined the University of the Arts London as Vice-Chancellor last month.

The BBC has been under pressure to cut costs due to government-imposed limits on its licence fee. Restructuring has cut a layer of management from the organisation.

It says the new programming and commissioning framework will lead to “specialist depth, modern storytelling and ambition, resulting in a new commissioning powerhouse”, and will build on the success of Claypole's Culture In Quarantine initiative last year, which demonstrated “the vital role of the BBC in British Arts”.

The BBC says “the desire to back British creativity” and showcase the best of UK talent is at the heart of the changes.

They come as the broadcaster announces the 2021 Proms will take place from 30 July at the Royal Albert Hall, hopefully with live audiences.

Chief Content Officer Charlotte Moore described the new structure as a “simpler, more authentic system [that] will create greater collaboration across the genres… live or on demand".

“We want to be Britain’s creative partner and platform for talent", she said.

BBC Two will increase its resources for arts and music, with its investment in programmes doubling over the next two years. This will include a commitment to up to eight major arts and music boxset series for iPlayer each year.

BBC Four will become the home for arts and music performance, bringing together collections of archive content.

New commissions include ‘The Making of Us: A History of British Creativity’, a documentary series telling the history of British creativity through iconic artworks and artefacts, Mary Beard exploring 'forbidden’ themes and ideas in art through works from classical times to the present day, and new opera productions for TV involving partnerships with theatres across the UK.

In a further bid to engage audiences for arts and culture, the BBC has also announced it will hand over its entire local radio network to local arts organisations to showcase their content and performances.

On Monday April 12, all 39 local stations in England will go behind the scenes of museums, theatres, performance venues and galleries as they prepare to reopen after lockdown.

The venues visited will include the Museum of Liverpool, Opera North in Leeds, The Crucible in Sheffield, the Turner Gallery in Margate, and The National Space Centre in Leicester.

The new Director of Factual, Arts and Classical Music will be Patrick Holland, who was previously Controller of BBC Two and BBC Four.

He will be joined by a new Head of Arts and Classical Music and a dedicated television commissioner responsible for programming the BBC Proms and other televised classical music. This will "guarantee classical music specialism is retained at the heart of commissioning within the broader factual team," the BBC says.

New arts content on national radio will continue to be commissioned directly by the station controllers.

Former Arts Council England CEO Alan Davey, who joined the BBC as Controller of Radio 3 in 2015, will continue to lead on classical music, including the BBC’s orchestras and choirs and the BBC Proms.