Moya Maxwell looks back on a career that has taken her from managing live events to running Shobana Jeyasingh Dance. 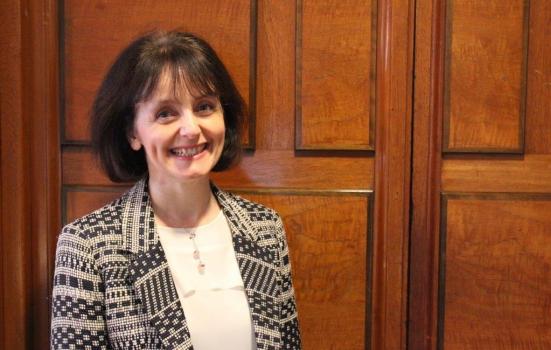 I started my career organising trade fairs. I thought they were the show business of the business world – though admittedly it was hard to get that excited about an exhibition dedicated to corrugated cardboard.

After a few years, I was headhunted by my former boss to join her at Wembley Conference and Exhibition Centre.  I remember being concerned that venue sales and management wouldn’t be as exciting as exhibition organising. How wrong could I be? From snooker to Asian concerts, Microsoft conferences to raves in the exhibition halls, Wembley gave me my love of live events. It also gave me great training, career progression, and experience in team management – as well as one of the best mentors of my early career.

It was also during this time that I received formal managerial training as the organisation worked towards the Investors in People standard.  It is only in retrospect that one is grateful for these experiences. How many times have the brown paper and sticky notes come out in my career since!

In 1998 I grabbed the opportunity to move into the arts as Events Manager at Sadler’s Wells Theatre. The theatre was being redeveloped with a National Lottery capital grant and reopened in October that year while it was only partially finished. My role was to market the venue to the events industry, which at the time was in its infancy in terms of using unique and unusual spaces. My Wembley training stood me in good stead to introduce processes and standards for scheduling, planning, operations and customer service. We tested the building’s flexibility and the team’s resilience with events from London Fashion Week (Hussein Chalayan), Cable and Wireless (anyone remember them?), Lancome (we gently sprayed perfume into the auditorium, which then stank of ‘floral notes’ for the next week). We also tried to hold a live streamed concert (it didn’t happen – the bandwidth wasn’t wide enough). At a time when Sadler’s Wells received no public funding, the events income was a vital contributor to the annual budget.

After three years, I had the opportunity to run away to New Zealand, where I worked in Wellington for the trust that owned and ran the city’s two opera houses. It was a job that required me to fundraise (both with individuals and corporates) find sponsors, and raise money for capital projects, alongside bringing in corporate events. Interestingly, the most challenging new initiative was trying to get patrons to order their interval drinks in advance.

But it does get a bit boring in paradise, and after three years I was ready for a new challenge. My godfather saw a job advertised at the Royal Opera House (ROH), and it seemed to have my name written all over it.

And so I returned to London to take up the role in 2004. The ROH gave me so many opportunities (or did I grab them?) to try new things, develop new ideas and ‘just go for it’. With my live events background, I had the opportunity to produce on-screen events (including summer big screens and the venue’s first live cinema relay). With my sales background, I was able to expand the reach of the screens by partnering with the BBC (who were in the process of introducing city centre big screens) and I also set up a cinema distribution network. I brought in big events like the BAFTA Film Awards and the Olivier Awards. I was also able to programme for the main stage in the summer, with the aim of generating money and bringing in new audiences. This first artist residency this resulted in was Rufus Wainwright, and the last was the Pet Shop Boys, which was a fitting farewell.

Alongside this work, I served on the Board – including as Chair – of Unique Venues of London, which has given me the enviable experience of knowing and working in pretty much every noteworthy event space in London.

So while some might feel it an odd move, I feel that I have finally come home as Executive Director of Shobana Jeyasingh Dance Company. I am a long-time admirer of Shobana and a huge dance nut. In this role, my business expertise helps me run the company effectively, my black book of contacts helps me deliver challenging site-specific work, and my love of the artform ensures we increase audience exposure to dance – whether digitally or through live performance.