Matt Griffiths reveals how his career progressed from freelance percussionist to Chief Executive of Youth Music. 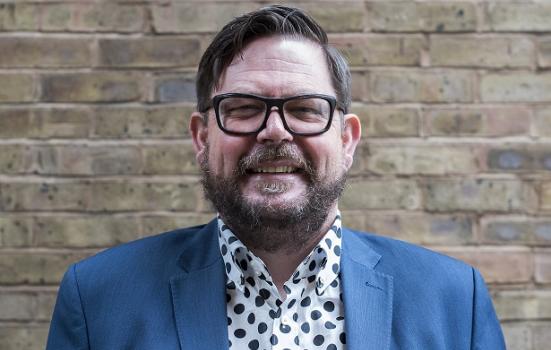 I joined Youth Music at a critical time for the charity. The music education landscape was changing and it was well known (both internally and externally) that we needed to change too.

The vision and values of Youth Music have always been pretty clear; what needed to change was how we went about achieving them. We needed to be more precise about our purpose, more efficient, and more effective in achieving – and measuring – our impact.

This required significant change over my first couple of years. This process went well and it’s an absolute privilege to lead Youth Music today. We continue to be resolute in making sure that young people experiencing challenges in their lives can regularly make all kinds of music.

In 1999, Plymouth Music Zone was a start-up with all the excitement (and risk!) that brings. As Founding Director, it was initially just me in an office with a brief – funded by an anonymous donor – to set up music-making programmes for children and young people living in inner-city Plymouth. The donor made it very clear they would only be around for three years, with the expectation that Plymouth Music Zone would then sustain itself. What an ambitious challenge to have! We achieved this and at the same time moved into a purpose-built centre, which gave us a permanent home.

One of the biggest challenges was having to deal with negative opinions from some education leaders, who kept saying that the young people wouldn’t turn up. “They’re deprived you know,” I remember one headteacher telling me. This made me even more determined to prove them wrong. Needless to say, the young people turned up in their droves and the response from their parents and carers was equally positive.

I returned to run it for a second time as Executive Director in 2010, and this was a very different experience. The charity was over ten years old and it was a period of consolidation. My main tasks were to make sure that the music leader workforce was skilled and supported to carry out a diverse range of work, and to put in place a sustainable fundraising strategy centred on a clear proposition for donors.

After my initial time at Plymouth Music Zone, I worked for the Dartington Hall Trust in Devon, first as Director of Arts and then Development Director. What a change of context it was – moving from inner-city Plymouth to a charity set in 1,400 acres of rural beauty.

Dartington has a long history of experimentation in the arts, ecology and social change. The charity’s challenge when I was there was to repurpose itself for current times, as there was a tendency to look back to ‘how things used to be’. This actually made my job quite difficult. I was often seen as ‘the change guy’ and while I succeeded in setting up a range of new regional and international programmes, including South West Music School and the Transatlantic Arts Consortium, the charity as a whole wasn’t moving forward. It was quite an isolating experience.

Nevertheless, I enjoyed the opportunity to work there. I got to work with some great people and learnt a lot about effective leadership, particularly in driving change and getting the best out of everyone you work with.

I recently turned 50 and, as you do, I’ve been reflecting on my career. It all started with my determination to be a professional percussionist. This included being a musician on the Live Music Now scheme; leading workshops and projects in prisons, young offender institutions, special schools, mental health settings and hospitals. It was while doing this work that I saw first-hand the significant personal, social and musical benefits of music-making, particularly for people facing challenges in their lives. It has been the common thread throughout my career ever since.

I also spent some time as a Butlins Redcoat at Barry Island, but we’ll save that for another story...