From freelance marketing to running his own production company, Jake Orr has always been willing to take a leap into the unknown. 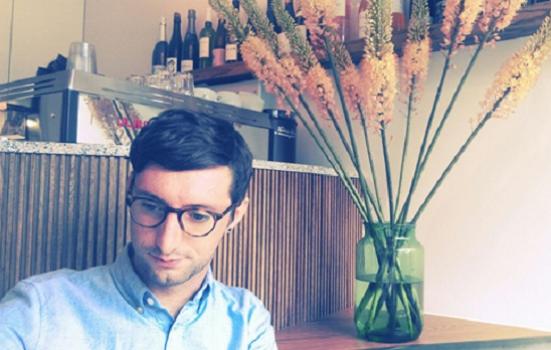 I started my career thinking I was to be a performer but, like most people, I doubted my abilities. I quickly learned that I didn’t have the same passion for performing as others do and stumbled into marketing. Little Angel Theatre gave me my first role, and I became their first Marketing Officer. Other organisations followed – Boundless Theatre (formerly Company of Angels) and Theatre Royal Stratford East among them. At each I focused on digital marketing and was a champion of how theatres can best use social media. This led to me running workshops for the Independent Theatre Council, which I still do today.

Twitter encouraged me to write about theatre. I was young, opinionated and I knew how to use the internet to bang my thoughts around. A Younger Theatre was initially my blog; the organisation was founded in 2009. Its remit was simple: having a space for young people to share their views on theatre. Fast forward to today and A Younger Theatre has grown to become a publication, production company and more. We've helped hundreds of young people develop their critical and journalism skills, run workshops across the UK, led a yearly residency at the Edinburgh Festival Fringe and partnered with organisations including the Guardian, Royal Opera House, The Globe and English National Opera to support first-time visits to ballet, Shakespeare and opera.

Writing about theatre was great, but we wanted to do more. In 2014, Eleanor Turney, David Byrne and I founded Incoming Festival. The festival presents the best emerging theatre companies from across the UK and sometimes internationally. This year marks the sixth festival we’ve produced. It's expanded from its original home at New Diorama Theatre in London to HOME, Manchester and Tobacco Factory Theaters, Bristol. Incoming Festival has presented work from over 100 companies to over 8000 audiences. Crucially, everyone gets paid fairly and audiences can see shows for only £5.

I was lucky to get a placement with contemporary theatre company Ridiculusmus in 2014 to train as their Associate Producer and work on touring productions across the UK and Australia. Other freelance work followed, including a site-specific circus show at the former Guardian headquarters in Farringdon ('Shelter Me', 2015) and becoming the producer of Snuff Box Theatre. There I worked with Charlotte Josephine, Daniel Foxsmith and Bryony Shanahan to produce 'Weald' at Finborough Theatre in 2015 and the award-winning 'BLUSH', which toured Edinburgh Festival Fringe, Soho Theatre and around the UK in 2016 and 2017.

Producing solo is tough, as any independent producer will tell you. I was grateful to find a colleague in Leo Burtin and together we established Making Room, a producing organisation to work with artists across the UK. In 2016 I began working with Newcastle-based The Letter Room, having seen their work at the Fringe and fallen in love with their energetic musical take on stories. I produced their 2017 show 'No Miracles Here', which had runs at Northern Stage, The Edinburgh Festival Fringe, Shoreditch Town Hall and the Lowry. I’ve found life-long collaborators in The Letter Room - something that is quite rare for a producer.

I joined Theatre503 as a full-time producer, leaving behind the majority of my freelance work to focus on developing the theatre’s in-house productions and mentoring the incoming producers and companies. Being on the other side of producing was a steep learning curve – acting as a gatekeeper – but I’m proud of what we’ve achieved. Under the leadership of Lisa Spirling, we’ve produced hit shows like 'In Event of Moone Disaster', 'Br’er Cotton' and 'Woolfie'. These shows have lifted the venue’s profile and helped us to receive work and nurture playwrights.

In this role I get to mentor and train emerging producers through our Resident Assistant Producers scheme. To date, I’ve trained 14 producers who are off to change the world – no doubt they will hire me at some point!

This year I have launched my own production company, Jake Orr Productions. In part, I wanted a vehicle to launch Charlotte Josephine’s new play 'Pops' (a co-production with HighTide and Live Theatre). But having my own company was also an opportunity to work with artists and writers on developing theatre that ties knots in my stomach and demands to be seen. I want there to be a focus on LGBTQ+ stories from writers we’ve not seen before.

Writing about my career has made me realise how non-linear it’s been. I’ve always followed what felt right, tried not to be afraid to jump into the unknown – and definitely not afraid make myself vulnerable so better theatre and better artists are served in this industry. It’s always difficult as a producer to find the right balance: as your own boss you’re constantly problem solving and you’re rarely thanked for your efforts. I’m grateful for the networks of producers who are all out there looking after each other.