As Sport England celebrates the impact of its ‘This Girl Can’ advertising campaign, is it time for the arts to come up with a new approach to audience development? Liz Hill examines the evidence. 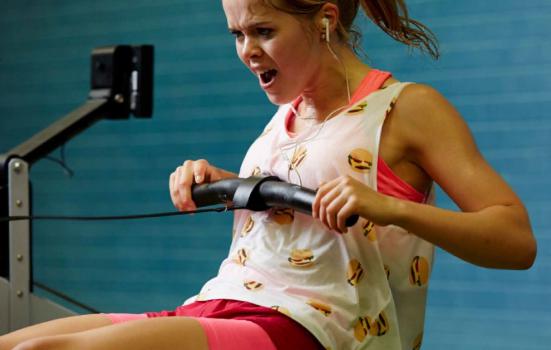 Given the amount of effort dedicated to building audiences – and the priority given to this by Arts Council England in its ten-year strategy ‘Great art and Culture for Everyone’ – one might expect more people in England to be engaging with the arts than ever before.

So every year it must come as a surprise (to some) that the DCMS’s rigorous survey of cultural participation, Taking Part, reveals that there has been no real change in arts engagement in England since 2005/6 when the survey first began. And probably before that, although we don’t have the figures. 76.3% of the population engaged with the arts in 2005/6, compared with the latest figure of 76.1% for 2014/15.

Targeting marketing activity at the people most likely to engage with an arts organisation may be cost effective, but it is preaching to the converted

It’s not that trends can’t emerge over this period of time. The very same survey enables us to celebrate a 10 percentage point increase in museum and gallery visitor numbers during that decade, and mourn the 14 percentage point loss of library visitors. So we can only conclude that pumping time, effort and money into audience development in the arts can be likened to filling a bucket of sand with a hole in the bottom. It’s a zero sum game.

Does it have to be this way? Is it asking the impossible that marketing techniques should build new audiences by raising awareness, changing attitudes and provoking reactions among a disinterested group?

At a 2013 conference I delivered a session pointing to two examples outside the arts sector that had brilliantly done just that. The most popular TV advert of 2012 showed people how to administer CPR; and the most award-winning commercial of all time, ‘Dumb ways to die’, delivered a message about pedestrian safety around railway lines. They’re hardly the most promising subject matters, but their spectacular success proved that mass media can be used to change attitudes and connect with the un-connected.

Our DCMS bedfellow – the sports sector – can provide a more recent, and arguably more relevant, case study to illustrate the art of the possible to the cultural sector. Last year, Sport England launched a Lottery-funded attitude change campaign to encourage more women of all shapes and sizes to enjoy exercise and play sport, regardless of their ability or experience. The This Girl Can advertising campaign was created after it was revealed there are two million fewer active women than men in England. When women were surveyed, they said that fear of judgement prevented them from taking part in sports and exercising. The creative message in the advert aimed to inspire ‘ordinary’ women to exercise, rather than celebrate the super-fit who run marathons or spend hours in the gym. The casting director scoured the UK, from London parks to five-a-side pitches in Manchester, to find suitable women to appear in it. There were no actors, models or airbrushing.

Did it work? Let’s look at the impact:

So, if sport can do it, why not the arts?

Perhaps because funding pressures have encouraged arts organisations to look inward, rather than outward, to find more attenders. Box-office-based customer relationship management software has been a godsend to arts organisations trying to fill their capacity and generate revenues, making it relatively easy for them to target regular and irregular attenders, and to encourage more people ‘like them’ to try something new. It’s an approach that is clearly paying dividends. Between 2010/11 and 2013/14, the percentage of National Portfolio Organisations’ income that came from ‘earnings’ rose from 47.5% to 52.3%, worth an additional £90m.

But, while database-driven email campaigns can get bums on seats, let’s not fool ourselves that this is about developing audiences. Targeting marketing activity at the people most likely to engage with an arts organisation may be cost effective, but it is preaching to the converted. It will take much more than this to make inroads into the ‘unusual’ suspects and get the Taking Part statistics moving in the right direction.

Where lies the power to make this happen? Such campaigns are surely out of reach of individual arts organisations whose marketing efforts must be judged on their success at generating the attenders and revenue streams they rely on to survive. But the This Girl Can campaign shows that they are within the reach of a publicly funded agency whose remit includes audience development. It just needs the resources, some new thinking, and the will to make it happen.

Arts Council England, please take note. Sport England has run the pilot and it was a success. It’s your turn now.

Liz Hill is Editor of ArtsProfessional.