‘Following the science’ has revealed some surprising findings in a programme aimed at finding out what really influences individual donors. Bernard Ross shares the outcomes. 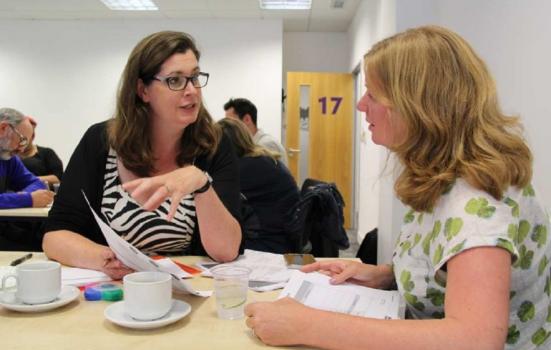 It’s only just over 12 months since the World’s Largest Fundraising Experiment got started.

The premise was simple: over six months, from September 2019 to March 2020, ten arts organisations throughout England would take part in a series of carefully designed and controlled experiments. The purpose was to identify ways in which arts and cultural organisations across several art forms could increase giving from individuals, by attracting new supporters, persuading existing supporters to contribute more, and even finding new ways of giving.

So what was new? It was the application of real science – specifically the emerging field of behavioural science – in cultural fundraising. This scientific approach, now talked about almost endlessly in the media, draws on the work of Nobel Prize winners Daniel Kahneman and Richard Thaler. In the last decade this work has transformed commercial marketing and ‘regular’ charity fundraising.

The project was set up by =mc consulting, with the goal of moving away from the tyranny of old fashioned, anecdote-based approaches that have held back arts fundraising for years.

Ten cultural organisations were selected to be part of the project, representing various art forms and different audience demographics. Some had extensive experience of fundraising from individuals over many decades, while for others this was the very first foray into this area. Participants were spread geographically and by focus – from a leisure trust that manages swimming pools as well as an annual festival to the UK’s largest performing arts agency. They included The Bluecoat in Liverpool, HandleBards touring theatre company, Newlyn Art Gallery and the Royal Opera House.

All were offered live in-person training sessions – remember them? – and webinars run by external experts and the =mc consulting team. The training provided a baseline of skills and knowledge in decision science:  how to target powerful psychological messages, what incentives really work, and how to reduce ‘philanthropic friction’, for example.

Then each participant was asked to design experiments reflecting an approach they wanted to test – a specific audience to engage, a channel to explore, a campaign message to underpin. Arts Council England funding supported each of them to genuinely experiment, for example, commissioning new design material, buying or renting credit card readers, and investing in promotional videos, all at no risk.

Over the period December 19 to February 20, the ten participants developed and trialled a total of 23 different experiments – and learned a lot. For example, we showed in these and follow up experiments that emphasising the importance of Gift Aid and charity status reduces donations. (It’s to do with contrasting emotional and rational appeals.) We also showed that messaging using subtle visual cueing had a much better impact than the clever text-based appeals beloved of writing-led agencies.

Some interventions were hugely successful – a 400% increase in gifts in one case. Others produced more modest but useful increases of up to 20%. What was particularly interesting was that some of the simplest ‘nudges’ had a massive impact:

Built into the project were a number of mechanisms to share and scale up the learning, including an interactive online hub and a national online seminar. We also produced a free handbook showing how any organisation could apply the techniques and approaches which had been successful to their own work.

The =mc consulting team are still working with a number of experimenters, taking this work to the next level. For example, Bristol Museums used behavioural science approaches to encourage visitors to come back to MShed on re-opening in September. And the Royal Opera House have embedded many of the techniques learned to their current survival appeals. ‘Following the science…’ does sometimes work!

Contact b.ross@managementcentre.co.uk with any specific query, or to involve the =mc consulting team in your work.

Download the ‘how to’ handbook to find out much more about how decision science could transform your fundraising.

This project was supported by Arts Council England with pro bono support from the National Arts Fundraising School and Ogilvy Consulting.