Why ‘selling’ strategically is not ‘selling out’ 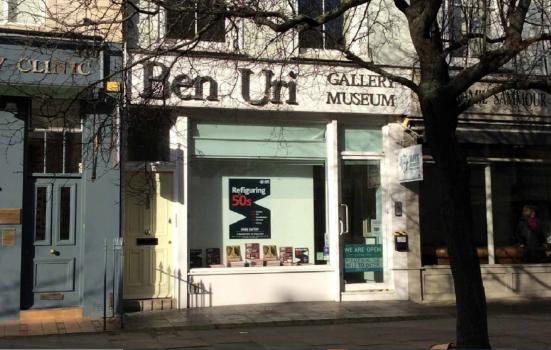 Founded by a Russian-Jewish artist in July 1915 in the impoverished Jewish ghetto in Whitechapel in London’s East End, Ben Uri began life as a collecting, and then exhibiting, community art society for Jewish, principally immigrant, artists. It effectively closed to the public 80 years later, until it was reborn in 2001, repositioned from operating within the community, to representing that community in the heart of Britain’s artistic mainstream.

We moved from synagogues to a rented galley in North West London and changed our name from Art Society to Ben Uri Gallery and Museum. Our path since has been dominated by seminal acquisitions, scholarly and reputational peaks, all camouflaging constant financial struggles.

The future looked grim when, in 2017, an agreed merger with the University of East Anglia and the Sainsbury Centre for the Visual Arts, designed to secure and lock in these achievements, collapsed, and the trustees forecast critical financial challenges ahead.

This jolt led to a renewed critical assessment of how Ben Uri could survive and extend its distinctive public benefit without an appropriately sized and well-located building. We had to address tomorrow’s world today, rather than today’s challenges tomorrow.

The vision that emerged was to become the first full scale virtual museum, supported by our small physical gallery and art reference library. Our 2018 ‘Sustainability and Public Benefit Strategy’ made seismic changes to the operating model. It re-examined every aspect of our operations with a fresh and critical eye, assessing how we could more effectively match our operating policies with our scale and resources, and identifying what needed to change to streamline and maximise return on financial and human investment, in terms of qualitative public benefit.

We recognised the reality that if exhibition space is not expanded, every new acquisition inevitably dispatches another work into long-term store and oblivion. In response we adopted a collecting discipline and collection numerical matrix to stop us accepting gifts which do not add incremental quality and benefit. We also incorporated flexible tenure terms to all new accessions and loans that are not considered pre-eminent fixtures.

To fund the estimated two-year transformation and refinance the charity to maximise public benefit through our programming, we concluded that a disposal programme was the only guaranteed route forward. We used our collection categorisations (with A being pre-eminent and B to D being disposable) as the basis for evaluation for disposal.

90% of all museum collections are rarely exhibited. Protecting them, instead of using them to enhance an institution’s distinctive public benefit, raises important questions about return on investment and assets. Given current and future financial forecasts for museums, these questions need to be openly debated, yet they are the elephants in the room. The sector disapproves of deaccessioning and more so of sales, and responds with the threat of publicly announced penalties.

We see our collection as a dynamic force: as alive and evolving rather than fixed, and as the source of our public benefit, not protected as untouchable because it has been accessioned. So we revisited the categorisation of the whole collection and established a ring-fenced Pre-eminent Trust (90 works then and now 100) with values between £1k and £4m.

The remaining Core collection of some 700 works can, if unfettered, be subject to disposal if it means we can upscale the quality and relevance of artist representation. We unanimously agreed a three-to-five-year disposal schedule of some 650 items, either gift or sale. Some 500 works were independently assessed as not of auction value and a proposed gift of a curated collection of 150 works was declined by the Jewish Museum London prior to its financial meltdown last year, months before Covid-19, triggering a £1m plus bailout from Arts Council England.

According to the 2018 report Why Collect?, 57% of UK museums deaccessioned in 2017, including 22% disposing of more than 100 items. Nonetheless 11 out of 26 members of our advisory panel objected to the sales and publicly resigned on the day of the Sotheby’s auction, where a disappointing £1m out of a total budget of £2m was realised, with only 10 out of 24 works selling.

The emotion and the law

However sincere and well-intentioned persons and bodies who object to deaccessioning are, their views are secondary to those who, under charity law, have the unequivocal obligation to act solely in the best interests of their charity. This obligation takes precedence over all membership and sector organisations’ own rules, recommended best practice and codes of ethics. Trustees alone have the legal responsibility for the governance of their institutions, the delivery of their charitable or corporate objects, and their very survival.

The legalities of disposal are actually quite straightforward, starting with whether or not an organisation’s Articles of Association or constitution permit the sale of collection assets. Ben Uri’s did and the trustees and management concluded, with legal advice, that our proposed strategy – including the disposals of unfettered, rarely exhibited works – was the only sure option left to save, protect and refinance the charity’s future, and was absolutely in the charity’s best interests.

Now and the future

The Sustainability and Public Benefit Strategy established a focus for Ben Uri on four divisions of distinctive public benefit: Digital - for benuri.org to become a major museum portal in terms of width of content, scholarship and accessibility; Collection – adding quality and diversity, with the reinvestment already of some £200k since 2018; Research Unit – a long-term project recording the Jewish and immigrant contribution to British visual culture since 1900 with some 900 subjects currently under research and 120 full-scale biographies already published; and the Arts and Health Institute – researching and implementing effective interventions for older people living at risk of social isolation and/or with dementia – a long-term project using our collection as its source, made more urgent by Covid-19.

So will this focus achieve our objectives? The answer so far is a resounding yes. We’ve seen a transformation of engagement on a scale that has already exceeded our most ambitious forecasts – and we have only just started.

The wider UK museum context revealed in the 2020 Mapping Museums report estimates that up to half of all UK museums generate around 5,000 visitors a year. In contrast, visitors to benuri.org and the supporting 20 digital platforms have transformed our reach from local to global in the most astonishing way. Within the 5 months since our digital relaunch 31% of visitors to benuri.org have been from London, 36% from elsewhere in the UK and 33% from abroad.

It’s clear our future is digital. Small in both scale and budget, our purposeful, ethical and exhaustively considered deaccessioning has already enabled us to become much larger in reach and impact. And all this while remaining true to our charitable purpose and the communities we serve.

David Glasser is Chair of the Ben Uri Gallery and Museum. He is preparing a wide-ranging report on the small and medium sized museum sector for publication in April.

Why ‘selling’ strategically is not ‘selling out’