Why I’m not celebrating

You may think Debbie Geraghty should be celebrating the current diversity debate, so why isn’t she? 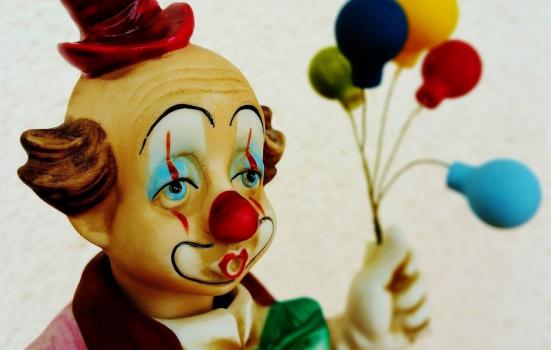 They say you wait ages for a bus and then three come at once. Well, it’s a bit like that with diversity in the arts and cultural sector. Recently, there’s been such a splurge of articles, research and statistics highlighting everything from the lack of disabled role models and leaders to the paucity of people from working-class backgrounds flourishing across the sector. And that mainly older white men are at the helm of the big beast arts institutions and boards.

But, surely, as an older woman from a working-class background with her fair share of anti-gay slurs from leery drunks under my belt, I should be celebrating? Celebrating that people are finally being caught red-handed. Celebrating that we’re finally having a grown-up debate about diversity after years of entrenched inequalities. Celebrating that things might actually change.

Do those diversity pie charts really come close to expressing the real implications of those gaps?

But why aren’t I? Why instead am I feeling as if every time I read this stuff I’m being run over by one of those three buses?

The thing is, us diversity lot have spent so many years hearing nothing and at times accepting less than we should. And then now there’s this talk about the lack of diversity, measured in numbers. As if recognising and acknowledging the inequality numerically somehow makes it all make sense. As if establishing this comparative to build on is really the key foundation for moving ahead. As if that cracks it. But does it?

Again, the thing is, us diversity lot are hearing loud and clear every day what we’re not. But that’s nothing new. Whether it’s because we’re black, disabled, women, working class or LGBT+, we now find ourselves in the rather strange position of witnessing others finding out about the various stark shortfalls across the arts sector.

People are shocked by the numbers as if they somehow didn’t notice it had happened, or acknowledge the role we all had in setting that dynamic up. People safely continue to express their mild disgust in the numbers, obsessed by percentages that show the gaps we all seek to change. And now genuinely wish to change.

But I’m beginning to realise that the reason I feel rather mown over by a bus every time I read these stories is because no one seems to be aware that this intense spotlight on numbers fails to fully recognise something rather crucial – that all these people who’ve lived with exclusion for so long are hurting in some way. Carrying pain.

Do those diversity pie charts really come close to expressing the real implications of those gaps and what they really mean to us diversity lot? I would categorically and very sadly say, I don’t think they do.

Do those numerous well-meaning articles that remind us we don’t exist across the arts sector recognise what it feels like to hear that for the umpteenth time? As if we didn’t already know. How am I and so many others expected to feel? It’s almost like a child whose parents talk about them among friends within earshot as if they aren’t there.

I would venture that the thing that nobody is properly noticing is this: reading the numerous articles is like poking at open wounds. Just as #MeToo triggered many women for weeks on end, these stories too can have an emotional fallout. They are like reminders that we are different and at risk of not feeling worthy. Second class. It’s how it’s been for so long for so many of us. Something we weirdly got used to. Or so we thought.

Could it be that we’re so busy almost rejoicing that we’re having the Arts Council England’s ‘Creative Case’ diversity debate, challenging offenders and salving our own consciences, that we’re failing to realise we may also at times be re-wounding those who we profess to be advocating?

How do we tell those stories that need to be told, but with more appropriate and due care?

It’s obviously important that something is being done, but somehow it feels more difficult than I thought it would. You’re reminding me and many others that we’re still different. You say you’re trying to do something about it but possibly forgetting how deeply we feel it should never have happened in the first place. Where is the recognition of all those complex emotions that are inevitably being stirred up for some? The anger, the hurt, the shame, the loss of confidence and esteem – the inevitable vulnerabilities surrounding all of that and more.

The gay rights campaigner Peter Tatchell says he’s been physically and violently assaulted more than 300 times in the past 30 years because of his attempts to change the world and stand up for his rights. The numbers are horrifying, but what really got me was that he’d suffered from post-traumatic stress disorder every day in the many years since.

He’s certainly a more extreme example than most, but what account do we really take of the varying degrees of emotional impact and backlash that our enduring inequalities have had on the diversity lot we all purport to be supporting? Should we be doing more to allow for that?

That diversity debate perhaps doesn’t fully realise that at times it’s progressing insensitively amidst the harrowing headlines and, arguably, not fully acknowledging the real lived experience and wounds of those people who don’t exist enough in the arts sector, those whose voices you say you are fighting for.

The truth is, we are here, watching and hearing every word you say. Hearing what care, or otherwise, you are taking in talking about us almost behind our backs. Feeling torn, like me, because we’re egging it all on with a jubilant sense that our time has finally come, but also knowing you’re missing out on the opportunity of telling one of the very real truths about the so-called diversity debate.

I clearly recall when they tackled apartheid in South Africa they had the Truth and Reconciliation Commission that had transparency, apology and forgiveness at its heart. It was tasked with discovering and revealing wrongdoing in the hope of resolving conflict left over from the past. To help heal wounds.

I often wonder what space we are making to do the same when we attempt to genuinely tackle inequalities within the arts, as well as within society as a whole. Where does all that emotional baggage land up – at whose door?

All those who have held power in the arts for all these years, those who hid behind the idea of a meritocracy as an excuse not to make radical structural change, where is your acknowledgement of your role in what has since been created? Where is the recognition that you held power to yourselves – and still do? I suspect that, without full recognition, the lack possibly lies in your court, and the danger is that the real change we wish to see will never really happen. As ever, people like me, may end up carrying other people’s bags. Again.

Should we be asking the question about what those who are in power can do today to make change genuinely possible? Radical change. Like you truly mean it. And where are the apologies that can lead to the true reconciliation that us diversity lot need to feel truly safe and trusting in what you say you wish to achieve? Would that make the space more fertile for authentic progress? It’s not as simple as some kind of ‘them and us’ though – we actually all have responsibility.

So, how can we create a foundation bravely focused on more than numbers and pie charts? How do we tread with more recognition, care and respect to handle the inequality fallout to date? How will we all take responsibility for how those inequalities within the arts sector and in wider society have happened and continue to happen? What does responsibility actually look and sound like?

Most importantly, how do we appropriately acknowledge all those caught up in the crossfire of change when it’s quite simply more about the human heart than the numbers that merely reflect what is a deeper story? How do we tell those stories that need to be told, but with more appropriate and due care? Care, not just for us diversity lot trying to heal our own bruised hearts, but care for the rest of you trying to open yours to a new way of being.

No one said this journey would be easy. Or indeed that the answers would be the same for everyone. But I wonder if we should at least try to move forward more gently. More kindly. And, who knows, maybe our time really has come and we can take full advantage of all those buses coming at once.

But, can we at least more equally share the load please? Together…

Why I’m not celebrating