When the Gambling Commission announced a new operator for the National Lottery, current operator Camelot went to the High Court. Will funding for the arts be affected by this dispute, asks Chris Sharratt? 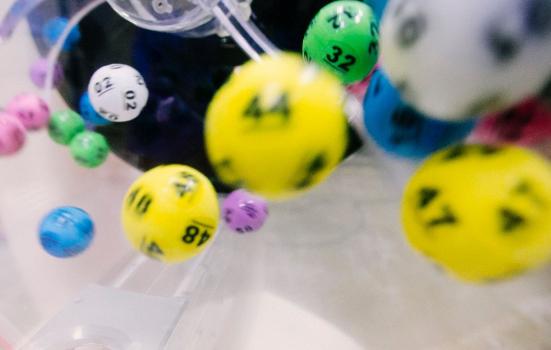 In March, the Gambling Commission announced Allwyn Entertainment Ltd as the Preferred Applicant for the fourth National Lottery licence, which runs for 10 years from February 2024. Allwyn, Europe’s biggest lottery operator, was delighted. Camelot, which has been the Lottery operator since it was launched in 1994, wasn’t.

And then the lawyers got involved.

Worryingly, some people have been saying that good causes could lose out to the tune of £1bn due to the legal action. That’s a lot of money so let’s try to unpack what's going on.

Lawyers you say? Tell me more.

Camelot CEO, Nigel Railton said: "We firmly believe that the Gambling Commission has got this decision badly wrong. When we received the result, we were shocked by aspects of the decision. Despite lengthy correspondence, the Commission has failed to provide a satisfactory response. We are therefore left with no choice but to ask the court to establish what happened."

The case will be brought to the High Court in October.

OK, so Camelot will have their day in court. Why is that a problem?

With the legal process underway, any handover process to the new operator had been put on hold. This led to concerns that the continuity of the Lottery operation could be compromised.

John Tanner, Executive Director of the Gambling Commission, warned the delay could leave Allwyn insufficient time to set up its operation, saying it needs at least 19 months to prepare. He said there is a "real risk that there will be a period when the National Lottery does not operate at all".

In view of this, the UK regulator asked the High Court to remove the temporary block on it signing an ‘enabling agreement’ with Allwyn. The High Court made its ruling on Wednesday (29 June) in the Gambling Commission's favour, allowing them to begin the formal transition.

Where does the £1bn figure come from, the Gambling Commission or Camelot?

Both, sort of. And for different reasons.

The Commission said any delay in implementation will result in huge losses for good causes: "A delay to the implementation of the fourth licence poses a significant risk which could diminish funds going to [good] causes."

Camelot – or at least former Camelot boss Dame Dianne Thompson, Chief Executive 2000-2014 - has argued in a letter to the Commission that any attempt to push through the deal before Camelot’s legal appeal is concluded could result in damages claims of up to £800m. This money could come straight out of the pockets of good causes.

So between £800m and £1bn? Either way, that’s money that could be spent on good causes, yes?

That’s the contention. Although of course we’ll only really know once the High Court has finally ruled on the case.

Good question. About 20% of National Lottery money for good causes goes to the arts.

Correct. To put things in context, ACE said that between 2018-2022 it invested £860 million from the National Lottery to creative and cultural organisations across England.

Creative Scotland, meanwhile, has an overall budget in 2022/23 of £103million, of which more than a third (£38.7million) comes from the National Lottery.

The arts outside London would be particularly hard hit by a Lottery shortfall, wouldn’t it?

Martin Sutherland, Chief Executive of Coventry City of Culture Trust, told ArtsProfessional: "We are thankful that all of the National Lottery providers were able to support our ambitious plans for Coventry’s year as UK City of Culture. Collectively they invested almost £10m directly into the City of Culture Trust and also developed new relationships with many community, arts and voluntary organisations across the city as a consequence.

"Looking forward, we anticipate maintaining support from all lottery providers and of course we are concerned that there may be reduced funds available to us and to the many extraordinary organisations who have deep connections within their communities. We have strong relationships with all the lottery providers and are confident that they will continue to ensure that resources, even if temporarily reduced, will continue to make an impact where it matters most.”

Anything else to add?

Jenny Waldman, who before becoming Director of Art Fund ran the hugely successful, National Lottery-funded 14-18 NOW, told ArtsProfessional that the Lottery "has been and continues to be a vital income stream for the arts and heritage in the UK".

She added: "It plays a leading role in the mix of funding that sustains our museums, galleries and cultural places, as well as enabling projects and programmes for the benefit of people in every part of the UK."

Well, it’s all in the hands of the lawyers. Our (not legal) advice? Stay calm, carry on and check back for a Lottery rollover in October.

Chris Sharratt is a freelance writer and editor.