What does a Trump presidency mean for the arts?

Will Donald Trump, a liberal arts graduate, be enamoured by an industry with an envious return on investment? Or will his government continue a history of half-hearted federal support, asks Craig W Johnson. 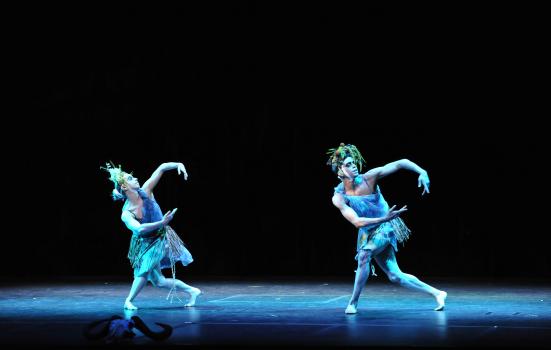 While President-Elect Donald Trump has not yet outlined his formal position on government support for the arts, there may be reason for American artists and their supporters to be hopeful. In March The Washington Post published Donald Trump’s answers to these arts-related questions developed by the Arts Action Fund:

“Does the federal government have a role to play in funding the creation and performance of art, or in making art accessible to all Americans? Federal funding for the National Endowment for the Arts currently stands at $148m. Do you think that funding level is appropriate? What would you request in your first budget as president?”

Organisations doing exceptional creative work in our local communities are plentiful, but without the media buzz that surrounds large-scale initiatives, you’ll need to search for them

Trump’s answer was as follows:

“The Congress, as representatives of the people, make the determination as to what the spending priorities ought to be. I had the great fortune to receive a comprehensive liberal arts education from an Ivy League institution. What is most important is that we examine how one-size-fits-all approaches imposed by the federal government have corrupted the availability and efficacy of liberal arts education.

“Critical thinking skills, the ability to read, write and do basic math are still the keys to economic success. A holistic education that includes literature and the arts is just as critical to creating good citizens.”

While we don’t know what the future holds for arts funding under the new presidency, Trump’s words indicate that he values the arts. Still, the US remains one of the lowest-ranking countries in the world when it comes to per capita government support for the arts, and not by split hairs.

The arts budget designated to the National Endowment for the Arts is 1/40th of what Germany invests in the arts per capita. The 2013 National Arts Index revealed art spending in the US made up just 0.28% of the government’s non-military budget in 2011.

Yet, the most recent 2005 Arts and Economic Prosperity Report conducted by Americans for the Arts in collaboration with cities across the nation shows that non-profit arts and culture is a significant industry, including for the Orlando in Florida where I work. Locally, the arts generate $95.48 million in economic activity, representing a combined spending by arts organisations and their audiences.

Arts organisations are doing their fair share with very little government backing. This is testimony to the skilled creatives who successfully deliver the kind of return on investment that even Trump himself would be excited to get behind. It can be self-defeating for arts managers though, as their organisations are now expected to deliver quality goods to citizens whose government, at best, only half-heartedly supports.

Here in Orlando, we’re in the midst of a critical turning point where local government is rightfully reaching for the stars, but creating significant consequences for the smaller guys. Orlando’s new Dr. Phillips Center for the Performing Arts has just received approval to begin the $203m second phase of its build-out when county leaders released $45m from the tourist development tax for continued construction. More than $250m has already been invested in the arts centre’s start-up phase, with the total cost of the project estimated at half a billion dollars.

Most Orlando arts organisations will never perform inside the space as the cost of two days’ rental at the 2,700-seat theatre is about 10% of a growing organisation’s annual operating budget of $300,000. Taking into consideration labour and management costs, the rate may be fair but simply impossible for smaller organisations to justify.

A difficult road ahead

To prepare for what’s to come under the new presidency, non-profit arts organisations must do what they’ve always done: seek private and corporate support to ensure that programmes and significant artworks prosper in their communities. It’s a long and delicate process based on relationship-building. Without strong and supportive relationships already in place, it will be a difficult road ahead for smaller arts organisations.

If we want a superior and diverse arts culture, effort and research are fundamental. Organisations doing exceptional creative work in our local communities are plentiful, but without the media buzz that surrounds large-scale initiatives, you’ll need to search for them. Many cities have an arts council or centralised community foundation that vets non-profits and transparently publicises information about all-sized arts organisations, including details about their programmes, impact, finances and governance. Since these agencies do all of the legwork, philanthropic investors can easily request information to help them evaluate the impact of their contributions and decide which organisations make the most sense to privately support.

It’s smart for businesses and citizens to support the arts if they wish to cultivate innovation and forward-thinking change in their community. But history tells us we can’t leave this to any commander-in-chief. It will be up to us to get the job done.

Craig W Johnson is Co-founder and Executive Director of the Center for Contemporary Dance in Orlando.
www.thecenterfordance.org

What does a Trump presidency mean for the arts?