The value of live theatre

As drama is downgraded in our schools, Fiona Banks explains why it is essential for young people to see theatre live on stage. 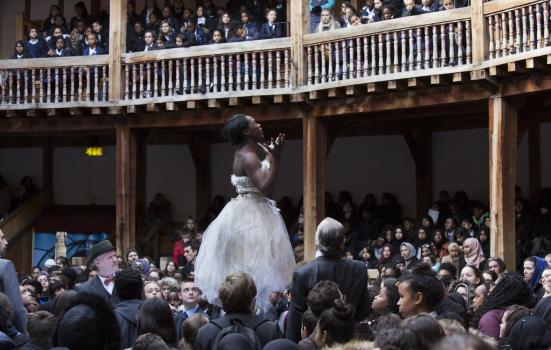 Last year two of our biggest exam boards, OCR and AQA, dropped the requirement for A level and GCSE drama students to see a live theatre performance. It’s reassuring that they have now been overruled by government, and that evidence of attendance at a theatre production will now be required. But how did this happen in the first place?

Studying drama without seeing live theatre is like studying music without listening to the piece, or critiquing a TV show by only looking at the script. Its ‘liveness’ is at the heart of theatre as each performance of a play is unique.

It is a collaboration between a company of actors and their audience at a given moment. Only offering young people access to a recording is someone else’s experience of theatre and would deny them true access to the artform.

This is only part of the story. In schools, drama is being devalued and downgraded. Last June, the Cultural Learning Alliance reported a 20% decline in the uptake of arts subjects at GCSE. Many schools no longer offer drama on their timetable each week. Even for those schools that do, the fact that drama is a non-STEM subject (science, technology, engineering and mathematics) means that it can be a battle to secure any meaningful status.

Appeal to a young audience

The Taming of the Shrew was a recent production at Shakespeare’s Globe, created specifically for young people aged 11 to 18 as part of the project Playing Shakespeare with Deutsche Bank. The play is a problematic exploration of gender politics that suddenly seems more relevant than ever in the current political landscape.

The discussions during rehearsal in a chilly yard of the Globe Theatre all had a common focus: how can we make sure our interpretation of this play really resonates with our young audience? Will it engage and help them with their study of Shakespeare? Will they have a good time and have a positive experience of theatre (the first for many of them)?

All of this really matters. A recent survey revealed that 76% of those audiences interviewed believed their early experience of theatre had a significant impact on their future attitudes to Shakespeare and theatre-going in general. Get it wrong and we not only give thousands of young people a tedious 90 minutes, but risk alienating them from the artform for the foreseeable future.

Since 2006 150,000 young people from London and Birmingham have seen one of our productions for free. The feedback is overwhelmingly positive with schools bringing groups to the productions year after year.

Teacher Danielle Bumford, Head of Drama at St Thomas the Apostle College in Peckham, encapsulated why this project is so important: “It changed students’ expectations from a rather negative view of Shakespeare, and that theatre wasn’t for them, to really wanting to go to see a play.”

James Backway, an actor who joined the company this year, began his journey to the Globe as a student, attending Much Ado About Nothing with his south London state school. During a break from technical rehearsal, he pointed out a member of our visitor services team to tell me they were in the same year at school.

This reminds me of the bigger picture and why the current battle to keep drama present and relevant in our schools is so important. Two people from the same year at school working in the same theatre space: something to remark upon 11 years ago, but today not so unusual.

The creative industries now account for more than 2.9 million jobs in the UK, more than the financial sector or advanced manufacturing. Nobody can predict with any certainty what the work place will look like for today’s 11 year olds. But what we might sensibly surmise is that jobs in the creative industries will be more resistant to automation and that in a communication and information age, skills associated with studying creative subjects will afford young people the best possible chance of responding to the changing world around them.

Yet the demands of STEM and EBacc often mean artforms such as drama are marginalised at a time when, more than ever, they should be at the heart of our curriculum.

As we welcome young audiences, we do so in the clear belief that young people have the right to a rich cultural education – from theatre visits to studying the arts in school. This is not a ‘nice to have’ but an essential part of their learning and experience.

The value of live theatre