Major audience development initiatives may be inspiring, but most arts organisations can learn more from what the smaller players are doing. Sara Lock shares a few examples. 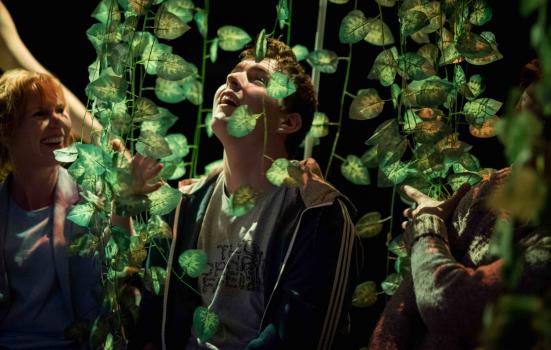 When looking for audience development inspiration, it’s tempting to look to major organisations with vast audiences and plenty of great initiatives to share. However, their small-scale counterparts are equally inspiring.

In a series of case studies for CultureHive, I’ve interviewed a variety of artists and organisations committed to inclusion. Some have only one or two employees but through sheer passion and determination they are involving new audiences.

While their audiences vary, there are common principles in the way these companies are achieving inclusion.

At the heart of each project is a genuine commitment to a specific audience. Frozen Light aims to increase the quality and availability of theatre for people with profound and multiple learning disabilities (PMLD).

The Urban Playground Team is passionate about working with young people at risk of social exclusion, while Plenty Productions works closely with black and minority ethnic communities, reflecting the background and interests of its directors.

Artists and organisations can run themselves ragged trying to appeal to everyone. While keen to include others, these companies have taken positive action to encourage particular groups underrepresented in the arts.

As a result, Plenty Productions achieved two sold-out performances with 70% black and minority ethnic audience, many of whom had never set foot inside a theatre before. Frozen Light reached full capacity for PMLD audiences in 86% of their performances.

A key element in the success of these companies is their knowledge and involvement of the audiences they aim to attract.

Amber and Lucy, Artistic Directors of Frozen Light, had done a lot of work performing multi-sensory storytelling shows in special schools. They had learned about their target audience over an extended period of time and kept their needs in mind throughout the creative process.

The Urban Playground Team worked with 50 people, delivering workshops and testing ideas to ensure the new show resonated with the target audience.

Plenty Productions ran workshops in three communities ahead of its tour and recorded audio to incorporate in performances. Audiences were strongest in those areas where they had invested time in outreach.

Its Creative Director Sarah Naomi Lee noted that being BME herself made connecting with the communities easier, and that otherwise finding a BME champion would have been essential.

In another project, designed to address the issue of older people’s falls through high-quality dance, AESOP enlisted the support of peer motivators. These were people of a similar age to their target audience who would test movements and encourage participation later on.

By understanding and involving audiences or representatives, the companies were able to create work that was appropriate and really resonated. If they didn’t know at first hand what would appeal to their audience, they asked for help.

They were flexible in their approach to working with audiences and willing to adapt plans in response to the needs and interests of groups and individuals.

The people I interviewed highlighted the importance of speaking directly to people. Telephone conversations and face-to-face meetings were considered vital in building connections.

Several companies noted that it took real effort to engage audiences that weren’t necessarily involved in the arts and that the usual channels weren’t effective. Many enlisted the support of partners who already worked closely with their target audience to help build relationships.

The Urban Playground team are building long-term relationships, maintaining communication with their audience and providing support and encouragement for those keen to develop parkour skills.

These companies have worked tirelessly to raise the profile of their work, build touring networks and engage funders to grow future opportunities for their audiences. They are small teams with huge ambitions, making a significant impact for audiences and the sector.

Sara Lock is Associate Editor at the AMA.
www.a-m-a.co.uk

For more examples of engaging new audiences go to CultureHive or explore the AMA’s Audience Diversity Academy. The AMA is a membership organisation dedicated to connecting arts and culture and the public.

How to… use Google Analytics more efficiently
On a mission to matter
Small teams, huge ambitions