Saving our living heritage for the future 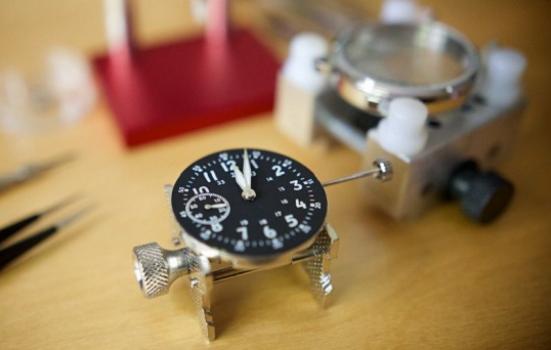 As I left a recent meeting of the All-Party Parliamentary Group (APPG) for Craft, I noticed that much of the Houses of Parliament, including the tower for Big Ben, is swathed in scaffolding and protective sheets of plastic as part of its restoration. The preservation of historic and symbolic buildings like these is rarely questioned – we value our tangible heritage; we want such buildings and wonderful landscapes to be part of the lives of future generations.

It’s not the same, though, for many of the crafts skills that created the buildings and the objects inside them. It may be because we can’t see these skills – many crafts take place in small workshops, in hidden alleys, or in isolated buildings in the countryside. Yet these living crafts - such as book binding, basket making, passementerie (the craft of tassels and fringing), lorinery (the craft of horse bridle and stirrup making), calligraphy, metal spinning, scissor-making and so on - use techniques passed down through generations to create new objects.

Amazingly, heritage crafts generate £10.8bn turnover each year, with £4.4bn gross value added to the economy. This is more than the clothing industry and electrical equipment manufacturing, and equal to programming and broadcasting and the sports, amusement and recreation sector. These sectors receive support and subsidies, but what about heritage crafts? Hardly a penny of the huge sum generated by traditional crafts is reinvested by central government.

You may ask whether these crafts are worth saving. Rob Wade of Bicycles by Design in Telford told the APPG about how they not only make bicycles but run courses on making your own bike. Lucy McGrath of Marmor Paperie showed us her bookmaking skills and Tony Kindell at Aldershaw Hand-Made Tiles explained how his business uses clay on-site. Every one of them said that although they run viable businesses, they found taking on a trainee a challenge because finances wouldn't support it. Lucy is taking on a business trainee because that was the only way she could get her work financed .

In July, The Heritage Crafts Association set up the Endangered Craft Fund to provide small grants for interventions that enable craft businesses to continue and plan for the future. We have supported a neon glass bender, a fan maker, a scissor maker, a basketmaker and a damask weaver. We are, though, limited by the grants and donations that we ourselves receive.

Training, volunteering and making in British heritage crafts happens against all odds. Six years ago, the Heritage Crafts Awards were launched with funding from the Marsh Christian Trust to celebrate these incredible craftspeople. Past winners include a lace maker, a boat builder, a harp maker, a wheelwright, and an individual skilled in fore-edge painting - the disappearing art of decorating the edges of book pages. All our winners have been involved in grassroots projects, such as the Dartmoor Artisan Trail and the NI Big Sock project. These amazingly skilled winners raise awareness of the great makers we have in the UK who are often recognised on a global stage, but less so at home.

The Heritage Crafts Association is also aware of the need to raise awareness among policy makers. That's why we established the APPG for Craft. We also have regular meetings with the Department for Digital, Culture, Media and Sport and have been working for some time to try to persuade the government to ratify the 2003 UNESCO Convention on Intangible Cultural Heritage. Out of 193 UNESCO countries, the UK is among just 15 countries not to have ratified this.

It continues to be a mystery why our rich heritage of craft skills - a magnet for tourists and provider of worthwhile jobs - is so poorly supported and rarely brought to mind. The Heritage Crafts Association has achieved a great deal in the ten years since it was established - watch what we do with the next ten!

Patricia Lovett is the Chair of The Heritage Crafts Association

Saving our living heritage for the future